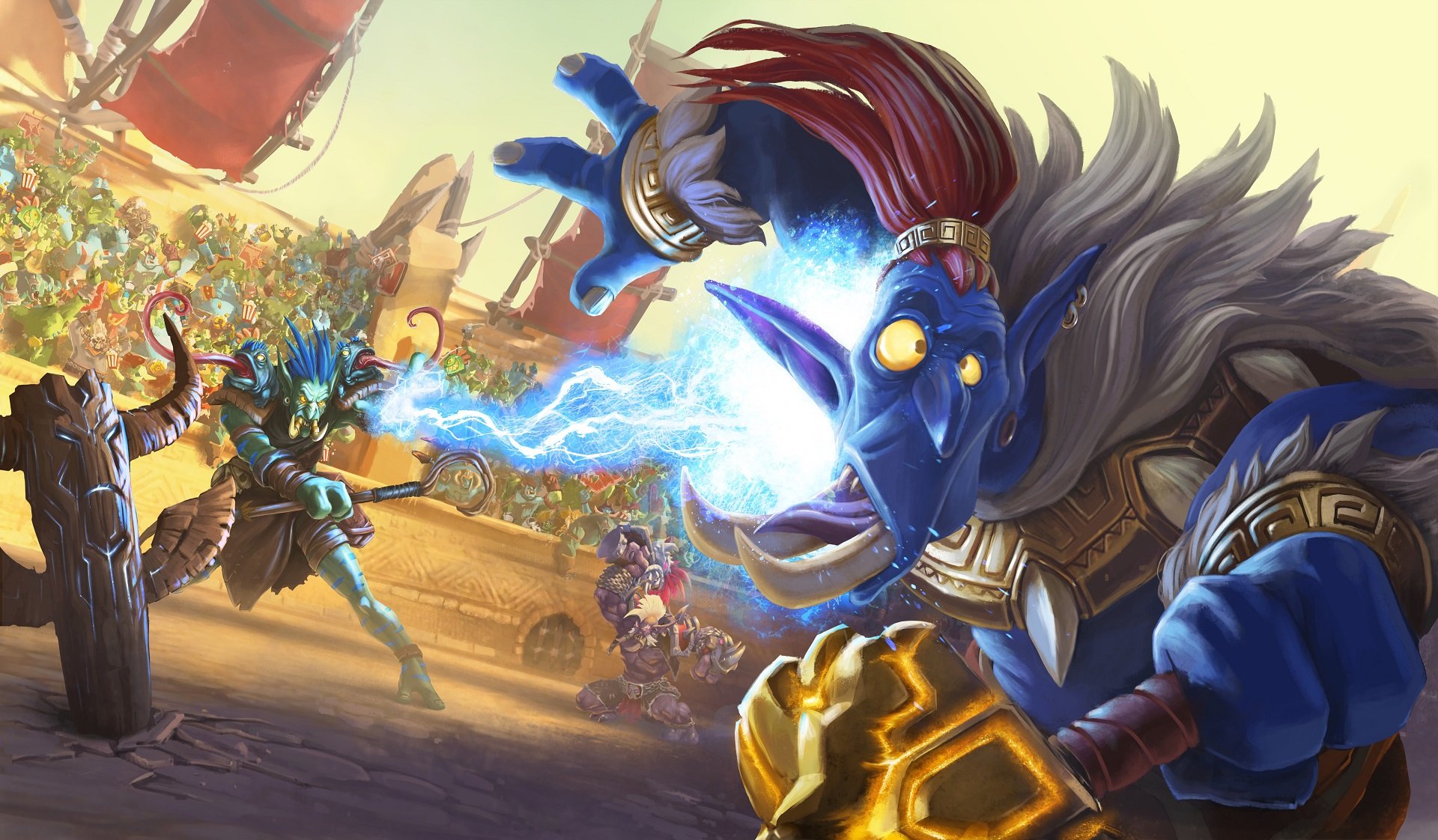 Hearthstone is marching towards its next expansion and Blizzard is getting ready to begin its card reveals for Rastakhan's Rumble. The expansion is set to release next month, which only gives Team 5 and its chosen crew of card revealers two weeks to unveil the remainder of the set's 135 cards.

The action is set to begin on Monday, November 19 when Senior Designer (and former chicken) Peter Whalen jumps on Twitch with streamer Regiskillbin to reveal the next batch of cards. That will be followed by individual reveals from a variety of Hearthstone personalities and members of the gaming press. The full schedule can be found on the Hearthstone website, starting with Spain's Snoodyboo and concluding with PCGamesN.

The last of the expansion's cards will be unveiled in a final November 28 stream when Senior Designer Dean Ayala is joined by pro caster and Hearthstone streamer Brian Kibler for a final playthrough. Jokes will undoubtedly be made about Kibler burning a key card.

Hearthstone: Rastakhan's Rumble is set to go live on December 4. Those who log in can pick up six Rastakhan's Rumble card packs, along with a free class Legendary and its corresponding Spirit cards for free. For those looking for a few card breakdowns right now, Shacknews looked at a couple of the cards revealed at BlizzCon</a..