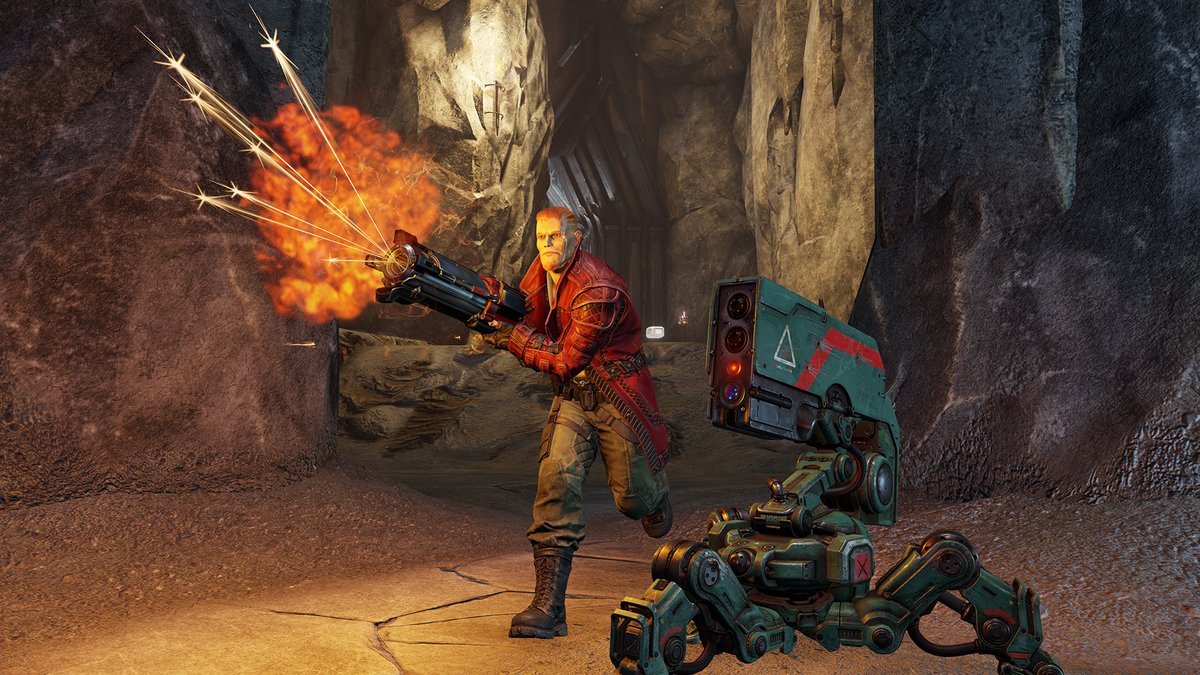 The November Update is about to hit Quake Champions, and it's bringing a new playable Champion with it as well as a selection of balance changes.

The new Quake Champions character is Eisen, a starship captain who's seen his close friends and loved ones killed off after the Clutch AI ended turning on the humans who created it.

Eisen has a special Sentry Turret ability that, when deployed, can fire off warning shots or unleash raw carnage on anyone who dares cross him. It's a helpful item to place in the middle of battle, that's for sure, but Eisen's a powerful foe as well beyond his turret. You can try him out as of the November Update.

Additionally, all Champions have received balancing changes and updates to their Arena capabilities, with details that can be found in the upcoming patch notes. One of the changes was to the Rocket Launcher, Lightning Gun, and Tri-Bolt to help balance things out, as well as alterations to ammo behavior and power spawn. You can see more info about it in the latest Quake Champions blog post.

Stay tuned to Shacknews for more Quake Champions updates, as soon as the new changes roll out.