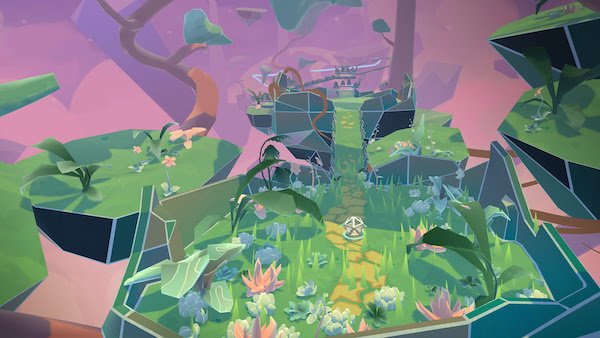 If you're looking for a new VR-based narrative to add to your library of games, you may want to keep a spot open for the hands-free adventure Arca's Path.

Rebellion released the first episode of a dev diary exploring the upcoming Arca's Path VR, a hands-free virtual reality title that's coming to all major VR platforms in about a month. The video demonstrates a first look at gameplay from the color new title , which comes from Dream Reality Interactive, the same London-based studio behind experiences like PlayStation VR Worlds and the interactive book series Wonderbook.

You play as a young woman who who finds herself tricked by a wicked (android) witch and must find her way out of the simulated world of Area by challenging and completing 25 levels of physics-based puzzles without using controllers – everything uses head-tracking to use your gaze so you can control the game without having to do much of anything! It sounds very calming, especially since it shouldn't be too difficult to calibrate.

You'll of course need a headset to play, but you can check out the game when it debuts across all major VR platforms on December 4.