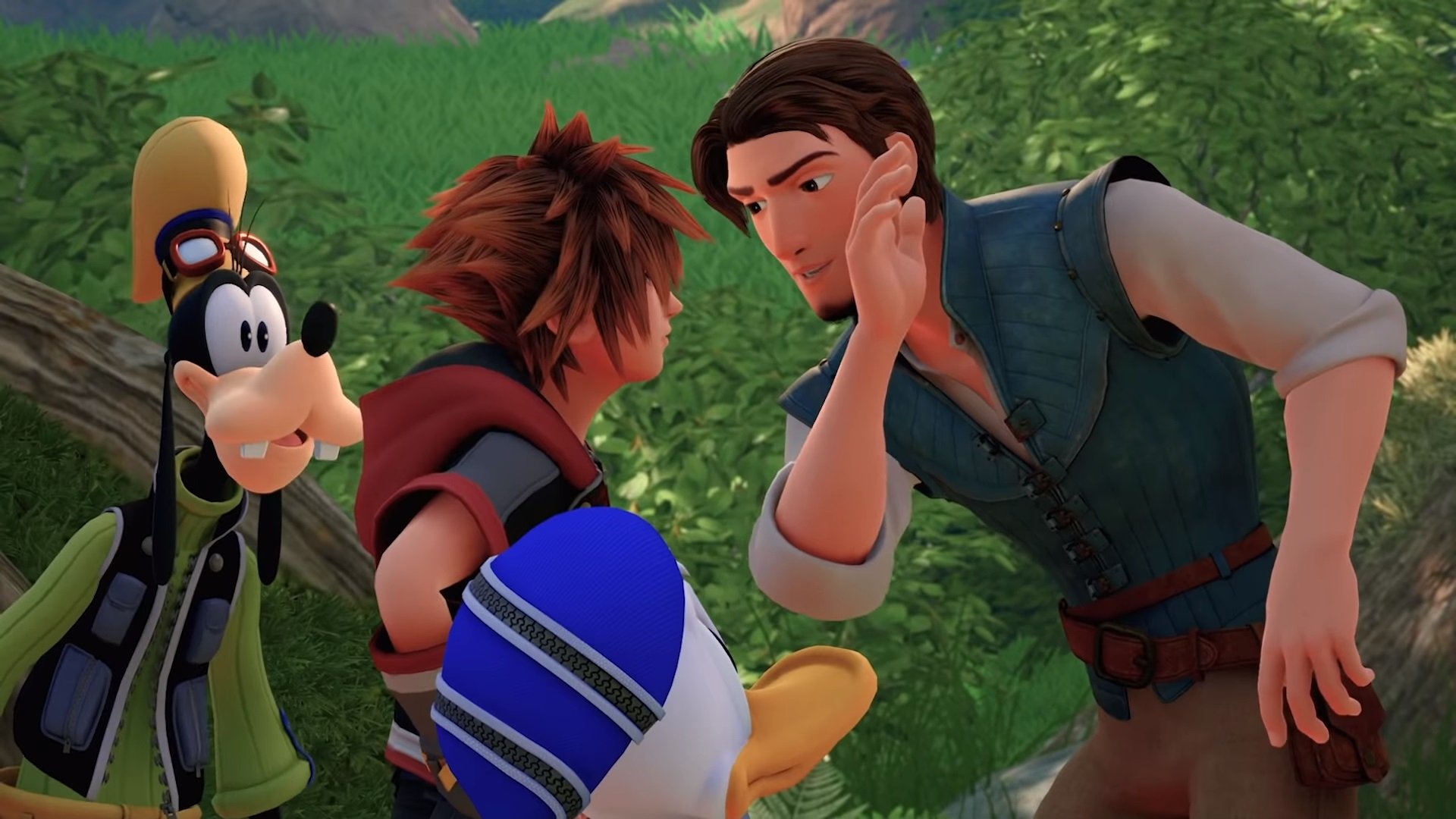 Kingdom Hearts 3 gets Tangled up in a new trailer

Kingdom Hearts III is just a few months away from release and Square Enix is still showing off some of the game's new worlds. To this point, players have gotten quick peeks at the world based on 2010's "Tangled." But the latest trailer takes a much closer look at the new Kingdom of Corona stage.

Like many other Disney worlds that make their KH debuts, this stage looks to loosely follow the plot of the source material. Rapunzel is stuck in a tower, but lets down her hair and sees the outside world for the first time. While dashing rogue Flynn Rider looks to escort her home, it's up to Sora and his friends to ward off the Heartless that have started to pop up in the world. Fortunately, Sora looks to have a copious amount of new abilities, including one that forges an entire tower to wipe out any nearby enemies.

Some of the voices here will sound familiar, particularly Zachary Levi, who's reprising his role as Flynn Rider, with Donna Murphy also set to return as Mother Gothel. However, there's one voice that has changed. Mandy Moore is not returning as Rapunzel, which continues a curious behind-the-scenes storyline. Long-time Kingdom Hearts fans will remember Moore was part of the original Kingdom Hearts cast, voicing Final Fantasy VII character Aerith (Aeris) in the original game. She was replaced by Mena Suvari in the second game and it doesn't look like she's been invited back for the third game. The reasons for Moore's absence is unclear, as it could be anything from a scheduling conflict to something more.

Kingdom Hearts III is set to release on PlayStation 4 and Xbox One on January 29. We've asked a lot of questions about the story, so be sure check out the most recent such feature, breaking down the Tokyo Game Show trailer.