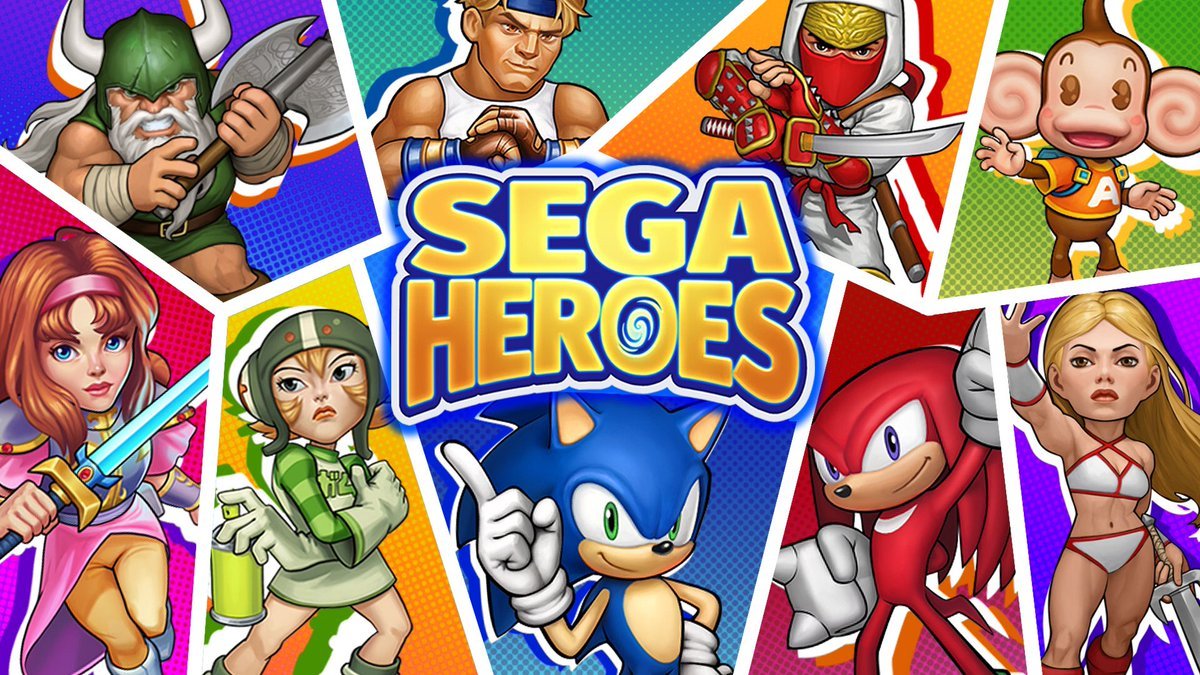 Looking for a new mobile game to add to your collection? Big Sega fan? You might want to give the upcoming Sega Heroes a try.

The new match-3 brawler is touching down on mobile devices, both iOS and Android, son. You'll collect your favorite heroes from Sega games and build your own team to take on enemies and match gems just like you would in titles like Puzzle & Dragons. You'll be working together to team up against the powerful Dremagen, who's part of an evil plot to take over the Sega universe. Dremagen teams up with Dr. Robotnik to trap Sonic and other Sega heroes from games like Streets of Rage and Golden Axe in her "negative dimension," and it's your job to save them.

Pre-register to be among the first to play and unlock Coins, plus Shards for Axel Stone, Gum, Joe Musashi & Knuckles!

The game will feature a selection of new Sega heroes every month form games like Shinobi, Super Monkey Ball, Jet Set Radio, Phantasy Star, and more. You can play through various live events, join guilds and team up with friends, and upgrade heroes to make them more powerful – the same old mobile song and dance, but hopefully this time Ulala is involved somehow.

You can pre-register for the game now on Google Play, and keep an eye out for a release date in the future on iOS, which we'll make sure you know about when it finally lands.