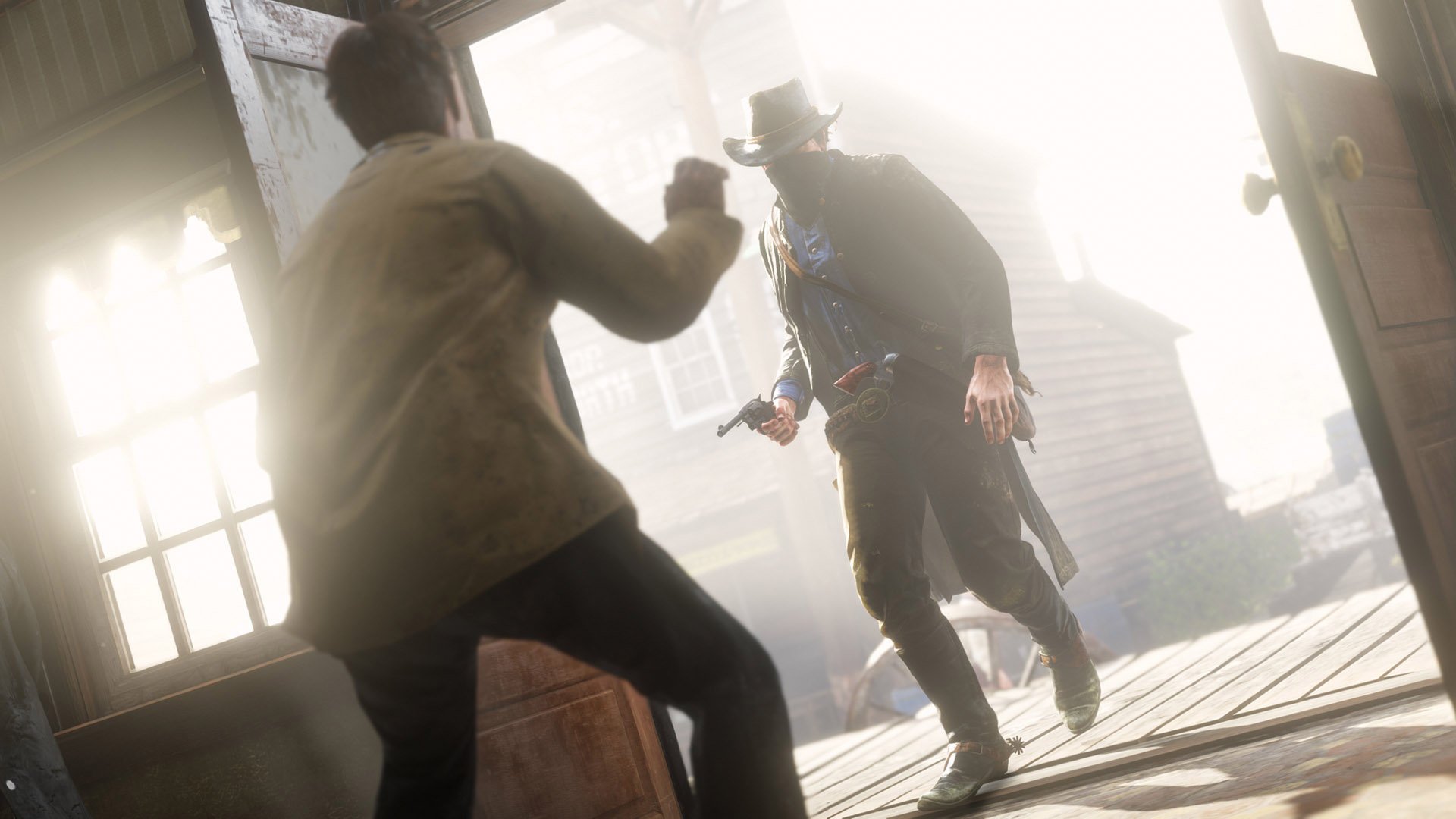 It wouldn’t be a Rockstar game without a Wanted system in it, and Red Dead Redemption 2 has that, even if it does look slightly different than it did in Grand Theft Auto 5. This guide will break down the Wanted system, as well as how that ties in with the Bounty system, and how to deal with each one.

When you commit crimes in Red Dead Redemption 2, witnesses will report those crimes to local members of law enforcement. When this happens, you’ll receive a Wanted level, indicated in the top right corner of your heads-up display (HUD). In addition to seeing the Wanted bar slowly disappear, there will be a red area marked on your map. The area marked on the map is the area that law enforcement is searching for you in. When the Wanted symbol in the top right turns from red to grey, you’ve lost your wanted level.

The first thing you should try and do is silence any witnesses before they can report your crimes. If you loot a body and a witness runs to report, chase them down and try to intimidate them into keeping their mouths shut. If you’re successful, great. If you’re not, what’s one more crime?

Should that fail, a Wanted level is assigned. Take note of the red area that law enforcement is looking for you in. This is on your map. The most obvious way to get rid of your Wanted level is to leave the search area and lay low until the Wanted level disappears. You could also try changing your clothes, trimming your beard, or wearing a mask when you commit crimes in the first place. If your crime was small, such as a theft or something silly like that, you should be able to continue without taking on a Bounty as long as you weren’t positively identified.

When you commit more serious crimes, and you’re caught doing so (identified), you will end up with a Bounty on you. This can be as small as $5, but the ceiling is high. I’ve had a Bounty on my head that was over $100, which is probably still small compared to what others have done.

When you have a Bounty on your head and you enter the area that the Bounty is active, you’ll get an on-screen message on your HUD. At this point, expect that someone in the area is hunting you, and this can often be confirmed by looking for red dots (representing bounty hunters) on your map. If you wish to use violence, you can kill these folks, although that will just cause the price on your head to increase.

If the Bounty on your head was part of a story mission, you might have left the area. In this case, it’s not essential to pay the Bounty unless you’re intending to return. You could just not go back into that area and decide to deal with the problem later. Open your map and move your cursor around to see the spots where there is a Bounty on your head, versus the areas that you’re free to travel without fear (of bounty hunters, at least).

The final way to deal with the Bounty on your head is to pay it yourself. This can be done at the Post Office in any major town, which is the same place as the Stagecoach used for fast travel. Thankfully, you can pay off any Bounty from any Post Office, so you don’t have to sneak into the specific area where it’s active to pay it off. Interact with the person behind the desk and choose the Pay Bounty option, then select the one you want to get rid of. If it’s just $5, it’s probably best to handle it this way to avoid making the problem worse or being hunted at the most inconvenient times.

Arthur Morgan is a man who gets himself into a lot of trouble. If you want to keep him alive and making money, visit our Red Dead Redemption 2 walkthrough and guide for all the information an outlaw like yourself could require.