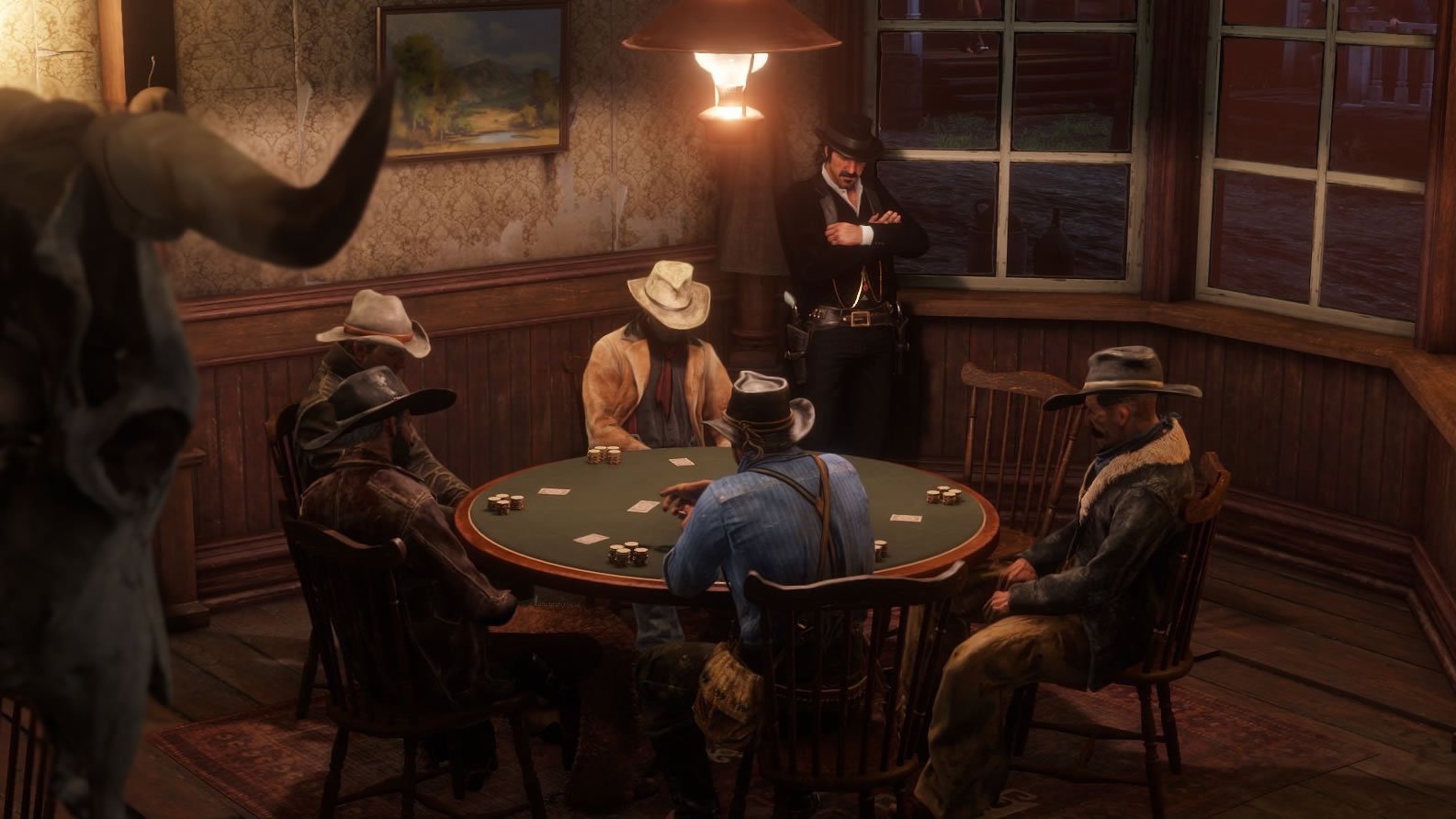 How to make money fast in Red Dead Redemption 2

Almost every game has its own form or currency, and almost every game requires players to earn lots of it to enjoy the perks of in-game life. In Red Dead Redemption 2, the currency that thing we call cash, and it is essential to have if you’re going to deck Arthur Morgan out in the best gear possible. In this guide, I’ll talk about how to make money quickly in Red Dead Redemption 2.

This one is boring but playing the story missions is one of the fastest ways to earn big amounts of cash in Red Dead Redemption 2. The Van der Linde gang is always looking for money, and many of the missions that you go on will involve money. It could be robbing a train, stagecoach, or bank, but some of the best cash rewards in the game will come from story missions. If you’re low, consider playing a few quests and seeing if that returns your cash balance to normal.

As you kill enemies in Red Dead Redemption 2, you can loot the bodies once the shooting has stopped. Each foe will usually have a couple bucks on them, but they also tend to have watches, rings, and other valuable items that can be sold to an in-game merchant called a Fence. There are several Fences in the game, so you can take a trip out there and sell off the gear that the folks at the General Store would ask too many questions about.

A good way to make small amounts of cash is to go hunting or fishing in Red Dead Redemption 2. If you bring pelts, or even full animal carcasses to the Butchers or the Trapper, they will give you a sum of cash that varies based on the quality. Pelts and animal carcasses are rated poor, good, and perfect, and the amount you get back from the Butcher goes up with quality. Hunting animals of higher quality, and not ruining their pelts and carcass by filling them full of holes, will earn you more money from Butcher.

Stop by the local Sheriff’s office in any town and look for the Wanted poster on the wall. It will have vague details of someone they want to track down (sometimes dead or alive), and the amount of cash you can earn by doing the dirty work for them. The higher Arthur Morgan’s Honor, the more cash he can earn with these Wanted bounties. It’s never going to be enough to retire on, but you can earn a quick $100 if you’re in a bind and need some cash fast. Try Ellie Anne Swan if you haven't already.

Rob a train or stagecoach

In Red Dead Redemption 2, you’ll often see a stagecoach or train passing by. Did you know that you can just rob them? No quest required. Just ride alongside the train and hop on, then go about robbing it at as you see fit. The same goes for a stagecoach that you see traveling the roads. Just go for it. Don’t worry, though, as you progress the story you’ll unlock specific stagecoach robberies, and you’ll rob your fair share of trains, too.

This is a pretty poor way to earn money, but you could always put your last $5 down at the Blackjack or Poker tables and try and double your money. It will take you longer than hunting and fishing, and you’re more likely to lose than win, but it is a way to earn cash if you’re walking through a Saloon and need an extra $1 for a room, or $0.50 for the special kind of bath that is offered. If you need real cash, though, it’s not likely to come from gambling.

Notice that when you go into a store you can point your weapon at any clerk. Well, if you want to make some quick cash, walk into a store (preferably in a town you don’t want to return to for a bit), then rob the clerk for all the cash they have. Pay close attention to clerks that might have a side business going on that you can target. Just make sure to equip your mask to hide your identity, and you’re likely going to have to pay off a bounty, so hard to say how worthwhile this is beyond a quick buck.

Like cars in Grand Theft Auto V, horses are everywhere in Red Dead Redemption 2. Most of them are owned by other people, and you’ll want to keep the good ones, but you can always make some quick cash by selling a stolen (or tamed) horse that you stumble across. Any time I’m in a gunfight with someone on a horse, I make it a point to take their horse and sell it. Besides the obvious insult of stealing a dead man’s horse, you can make a bit of money selling it to a Stable or shady horse dealer.

Arthur Morgan has all sorts of junk on him. Each has a purpose, sure, but he can often only hold a certain number of a specific item. Take cigars, for example. Arthur can hold three at a time, so if you’re holding that many, you can’t loot more. I like to sell one item of anything that I’m carrying the maximum of, that way I can loot whatever I find when I’m roaming about with the Van der Linde gang cohorts. It also helps to put a few extra dollars in my pocket. Like, enough to throw away gambling.

One of the best ways to earn big money is to complete in-game treasure hunts. Consider the Jack Hall Gang Treasure Hunt quest, or the Poisonous Trail Treasure Hunt quest. Both of these will land players Gold Bars, which can be sold at the Fence for about $500 each. Expect to make at least $3,000 on just these two treasure hunts alone. If you need more Gold Bars, consider the Gold Bar glitch in Red Dead Redemption 2.

For Arthur Morgan, there's always money to be made, but how much you need will dictate what you do to earn it. Now that you have a solid grasp of the in-game activities and what their expected payout will be, visit the Red Dead Redemption 2 walkthrough and guide for more in-depth content for outlaws of all skillsets and experience levels.