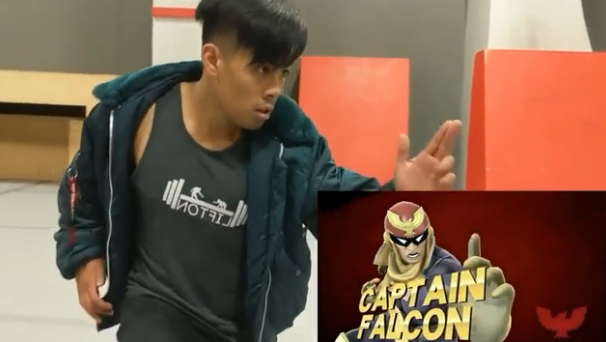 There's a wide variety of different, bombastic poses your favorite Super Smash Bros. characters make upon emerging victorious from a match. Imagine trying to recreate them in real life with a real, human body. It's difficult, but not totally impossible, as one fan has proven with a series of amazing renditions of each pose.

Emcochingco took to Reddit with a clip of his genius moves from Super Smash Bros., including Captain Falcon, Sheik, Bayonetta, Sonic, and Luigi. Bayonetta's is done exceedingly well (even if it could use a little more sexy) and seeing these moves in real life is a real trip.

Been recreating some stuff IRL from video games recently, With all the hype Smash was next! these are so much fun to do! from r/smashbros

If you can't wait to see the characters pulling it off themselves in-game soon, you don't have to wait that much longer. Super Smash Bros. Ultimate is set to debut on December 7 exclusively on Nintendo Switch. If that's too long to wait, check out our series of character profiles leading up to the game's debut. You'll thank us later.

Be sure to check out our footage of the upcoming game as well, so you can whet your appetite for all things Smash!