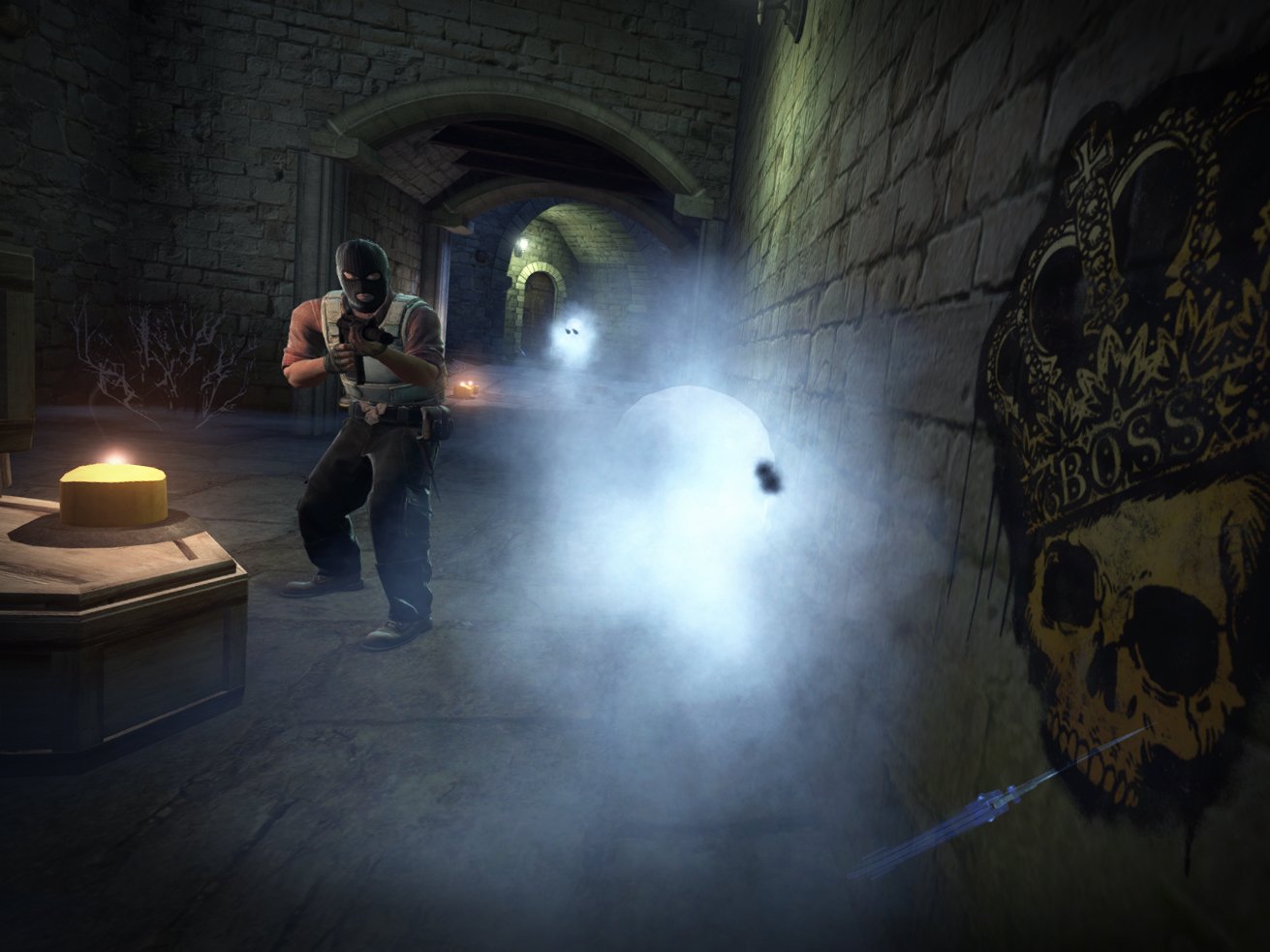 When it comes to Valve and the Halloween holiday, the first game that players often think of is Team Fortress 2. The annual Scream Fortress is something geared more towards Valve's team-based shooter, but what about Valve's other big-time shooter? When does Counter-Strike: Global Offensive ever get to celebrate Hallow's Eve? The answer to that is this year.

On Tuesday, Valve announced on the CS:GO website that the Cobblestone map will get a visual overhaul for the month of October. If that's not enough, there will still be plenty for players to do after they've died. Fallen soldiers can return as ghosts, which allows them to spray graffiti, break objects with their ghost knife, or just make a general nuisance of themselves. Living players won't be able to see the ghosts, but that shouldn't stop ghosts from making faces or generally being jerks.

Other little touches on the map include additional chicken spawns, two pumpkin soccer balls on each map, and candy corn. There's lots of candy corn.

While Cobblestone's Halloween makeover is the central addition of the latest CS:GO update, Valve has also taken the time to fix up a few of the game's existing maps. Players will find that stuck spots and an annoying exploit on Biome have been fixed, while Subzero has been optimized and has had some of its deathmatch spawns fixed.