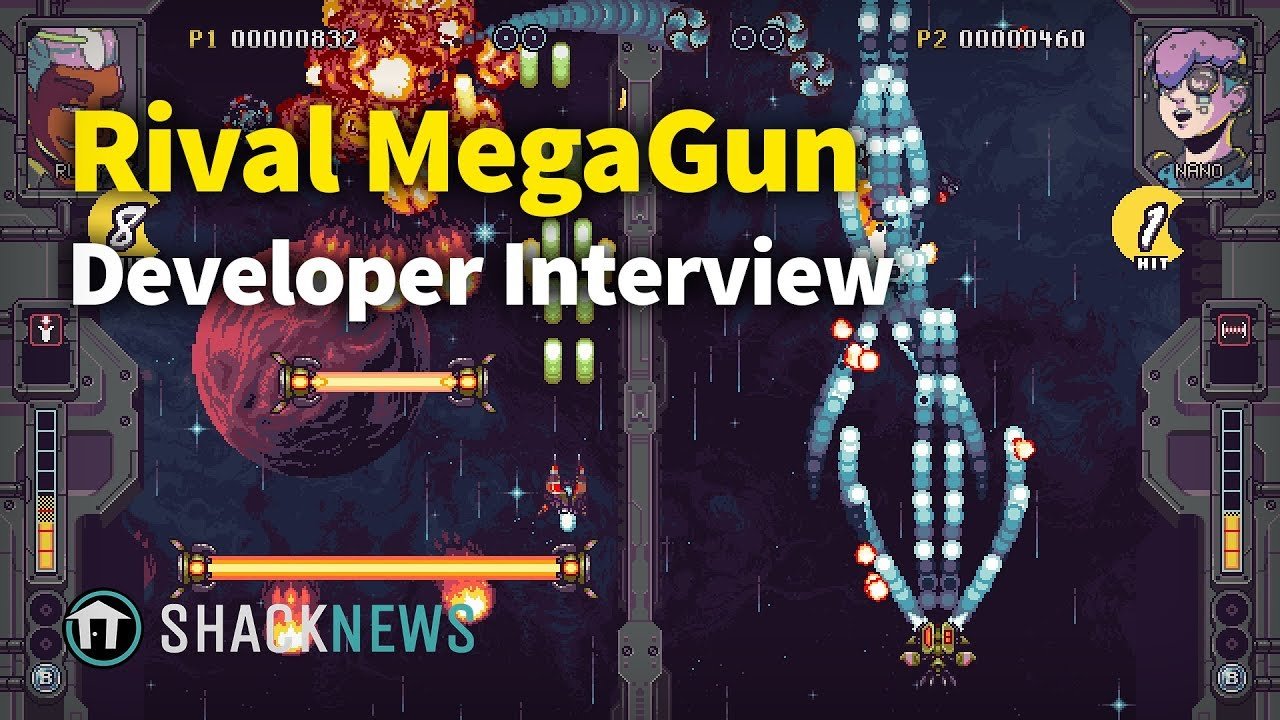 Shacknews sat down with Justin Rempel of indie developer Spacewave Software to discuss the retro-flavored competitive shooter Rival Megagun. It certainly looks evocative of classic titles, right down to the fact that you can send enemies to your rival's side of the screen.

"There's an old game called Twinkle Star Sprites, and it's very similar. There hasn't been a new similar game that's come out in 10 or 20 years or so. I played those games a lot when I was a kid, and I wanted more," he said of his inspiration for creating the game.

Each of the six different fighters have their own bullet pattern, special attacks, and other idiosyncrasies, so there's plenty for players to get used to. Justin's favorite? The robotic Buddy 2.0, of course!

The game is coming to Xbox One, PlayStation 4, PC, and Nintendo Switch (good move!). It doesn't have a concrete release date just yet, but it's targeting Q4 2018.