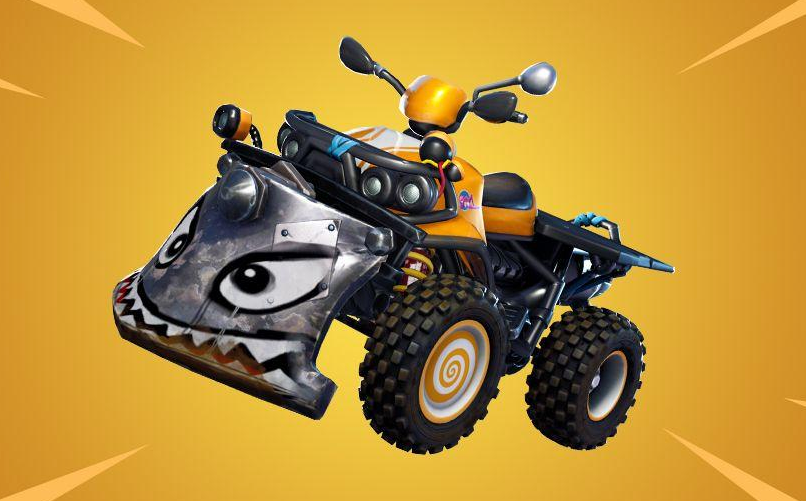 Epic Games has quietly revealed a new vehicle for Fortnite on all platforms, and it seems to fit with the "quad" theme from the last weapon that was introduced in the "Save the World" portion of the game. When you check out the splash screen of the game, you'll be greeted with details on the Fortnite Android version availability and Disco Domination Limited Time Mode, and also the Quadcrasher, the game's newest vehicle.

The Quadcrasher looks menacing, but we don't really know much about it just yet. It has something that resembles a snowplow on the front decorated with a grim face, and according to Epic's own description will feature a boost ability. The official description states "Charge the boost to crash through structures or get some air," which sounds pretty awesome, but we'll have to wait a bit before we can see it in action.

It's likely the Quadcrasher is meant primarily meant to totally destroy others' structures, and that sounds like a party (if you're still into Fortnite, at least). Right now, Season 6 is still going on with a selection of spooky skins, pets, and other rad items, so the Quadcrasher would certainly fit right in with it all. But it's also possible this could be something related to a possible map change in the future – could we be looking at a winter wonderland soon?