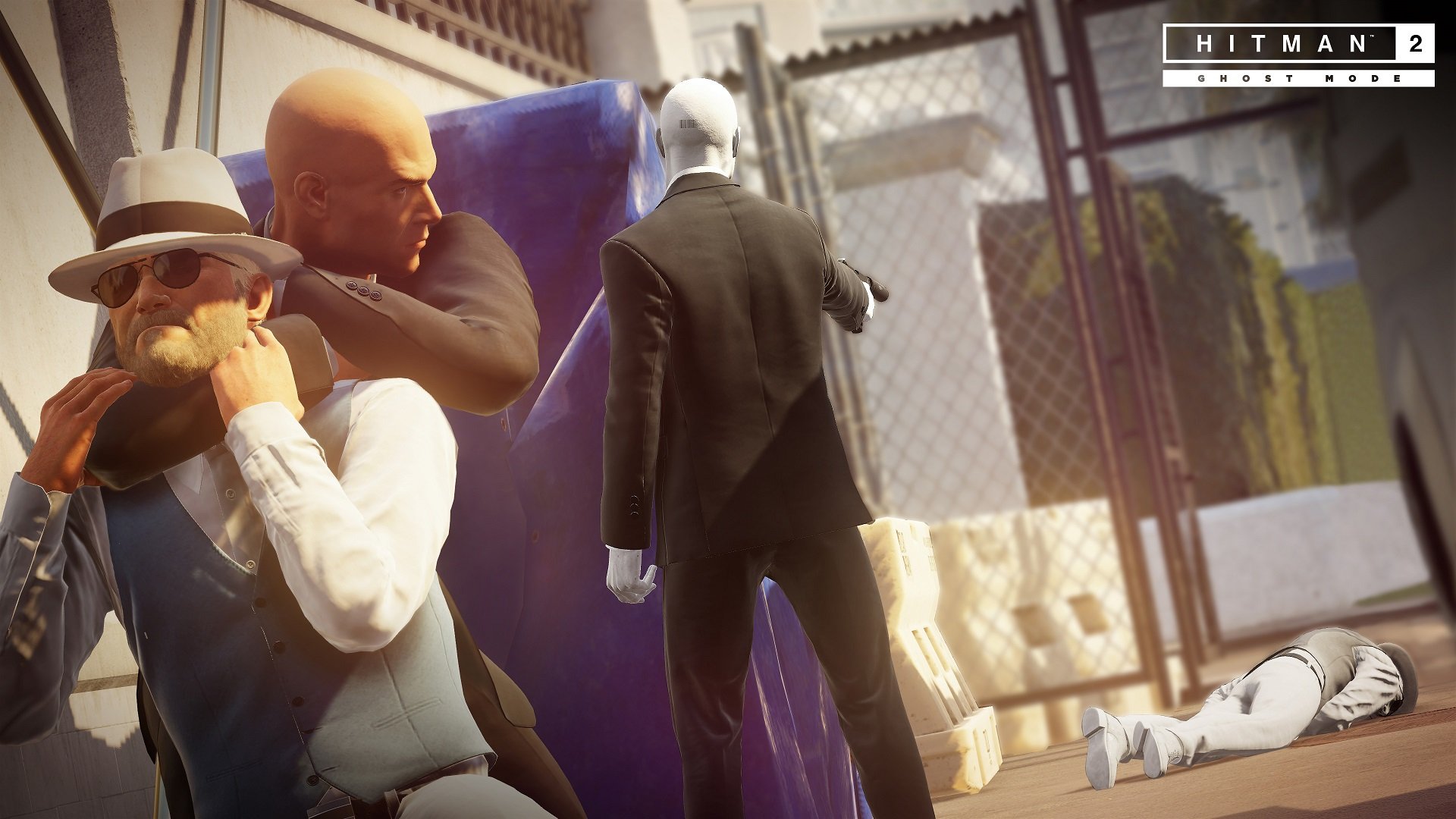 Agent 47 is already set to have his hands full with the contracts he's being handed in the upcoming Hitman 2. But what happens when the bald-headed contract killer is asked to compete against himself? Hitman isn't a franchise that's known for any kind of competitive multiplayer element. After all, how would such an idea work? The whole premise of Hitman is to perform clandestine murder and disappear into the shadows.

Warner Bros. and IO Interactive are about to attempt this feat anyway and they may be onto something. The best way to implement competitive multiplayer looks to be to keep it as close to the single-player game as possible. This is Hitman 2's Ghost Mode, a two-player online versus mode that takes two would-be professionals and has them duke it out over who's the best contract killer. Shacknews recently took some time to try out this new multiplayer mode for ourselves.

The setting to our demo looked awfully familiar. Sure enough, it's a near-total re-creation of the Miami map. Both players will start along the same spot. When the game begins, each player is assigned a target, with the task to eliminate that target without being seen. If there are too many witnesses, the kill doesn't count and a new target is assigned.

Ghost Mode gets its name because it's two "ghost" versions of Agent 47 competing against one another. The two hitmen cannot interact with one another and cannot interfere with each other's sessions. Therefore, it becomes a fair race to see who can score the contract kill first. If one player scores a clean kill, the other is given 30 seconds to respond in kind. If they can't, the first player is awarded a point and a new target is assigned.

There are a few uniquely multiplayer elements to Ghost Mode. Players can opt to knock out NPCs and take their outfits, but in an effort to expedite the action, players can find ghost crate supply drops sprinkled in various locations across the map. These crates contain weapons, items, and disguises.

Because Ghost Mode operates on many of the same principles as the single-player mode, some of these disguises prove more effective than others. Certain outfits will grant access to restricted areas. For example, the photographer outfit grants access to the press area. There are a couple of these outfits that may need to be balanced down the road, like the security guard outfit that pretty much granted me access to every single part of the map.

Another thing to note is that, like the single-player mode, Ghost Mode sessions can be lengthy. The objective is to be the first player to reach five kills. After some intense focus, some targets that didn't quite go down, some inadvertant deaths after taking too much time in a restricted area, and a few successful kills, I looked up to see that the one Ghost Mode session I got to play lasted well over an hour. Ghost Mode has the potential to be a grueling chess match and last just as long.

Hitman 2's Ghost Mode is set to launch with the Miami map. However, it'll be the only map available at launch. The rest of the game's locations will be added over time. Hitman 2 will release on PC, PlayStation 4, and Xbox One on November 13. Those looking for more information on the single-player mode can check out our hands-on preview of Colombia from earlier this week.