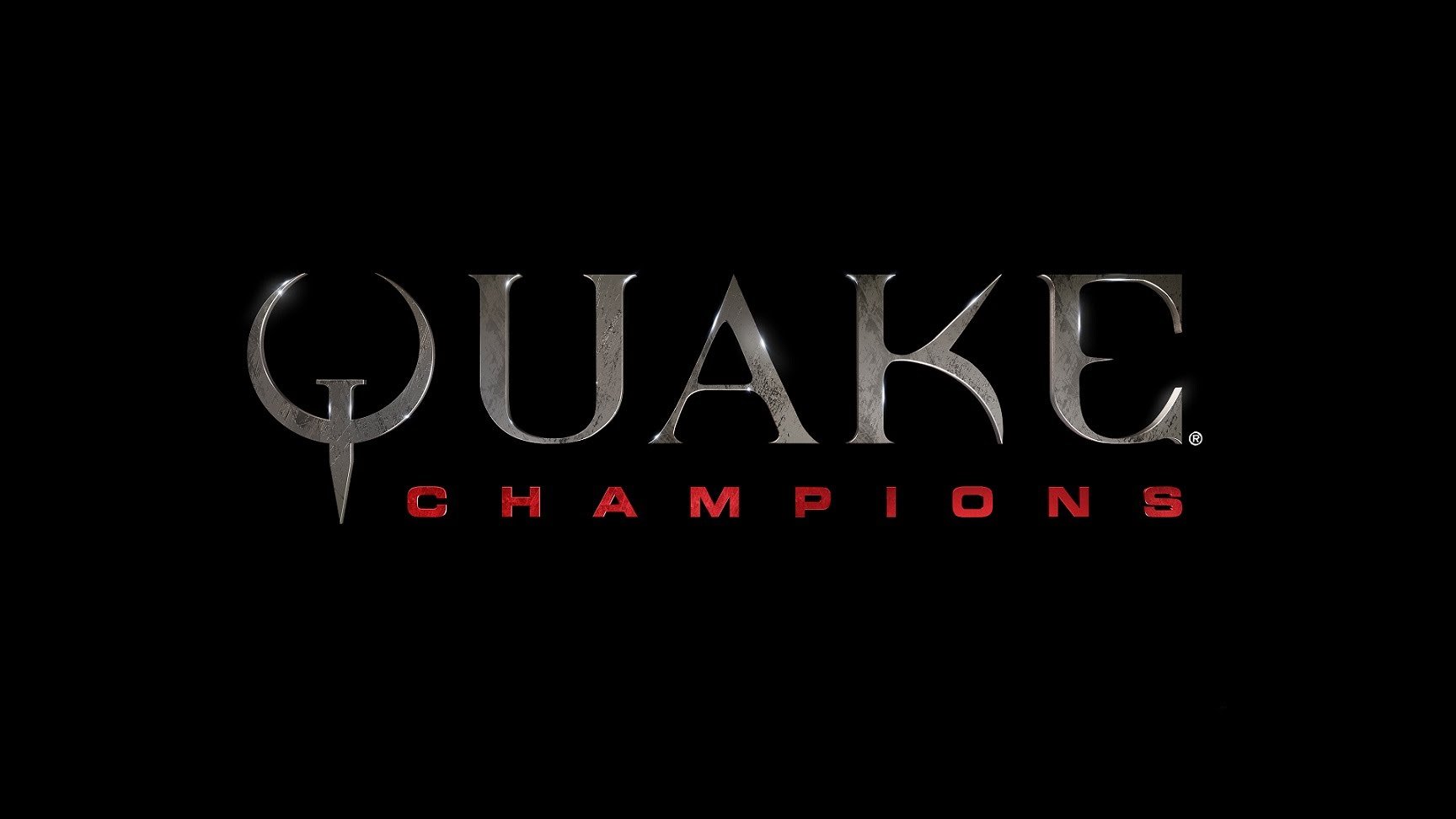 Quake Champions is receiving a massive update today that adds new mode Slipgate and Athena, the newest Champion to join the ranks. New Arcade Modes, an Annihilator weapon skin, Champion and weapon balance changes, and some bug tweaks are all included in today's patch. Bethesda estimates the update to take from 8:00 AM ET to 2:00 PM ET on October 11. Please take a look at the October Patch Update 11.10.18 notes for more information.

Slipgate is an attack-and-defend mode where both teams fight over the Slipgate portal: a massive wormhole capable of summoning an ancient unnamed horror. Each-and-every sharpshooter spawns with all weapons, full health, full armor but a single, precious, precious life. The defending team of Elder God cultists are trying to open the Slipgate, while the attacking team must close the gate before whatever tentacled terror on the other side pulls itself into our dimension!

From October 11th - 31st all players taking part from day one will immediately receive the Elder Guardian Tentacle Weapon Shaders for all starting weapons (Machinegun, Shotgun, & Nailgun)! Subsequent festival milestones will result in the new Annihilator Heavy Machine Gun Skin being gifted to all participants, then unlocking the Overseer Scalebearer Lore Skin and, ultimately, Athena – or her Coalition Lore Skin if the Champion is already owned either through the Champions Pack, or by purchasing Athena any time before the goal is reached.

Athena was among the first to sign up to the GDF and seek vengeance against the Strogg who devastated Earth. Caught in a trap laid for the expeditionary forces, she escaped when a Slipgate generator collapsed, teleporting her drop pod into the Dreamland arenas. Now she uses her grapple line throws and aerial acrobatics to dominate the airspace above her enemies and rain death from above.

Active Ability – Grappling Hook: Athena will launch a grappling hook to the target location and immediately pull herself towards it. While in flight, Athena can stop pulling herself and instead swing, allowing her to perform impressive maneuvers

Passive Ability – Ramp Jump: Athena can reach great heights by using the top ramp or step as a launching platform

Used on all galactic fronts, the SMC Annihilator is a space marine's best friend. It punches holes through enemies like they were paper. This Quake 4 Heavy Machine gun fits right into to any player's perfect arsenal.

A brand new way to queue up and play! The Arcade is a weekly rotation of rule modifiers that shake up how you play Quake Champions in fun, different ways. This month we’re introducing four new modes, one for each week of the month (in order of appearance):

In this update we’ve included a number of general improvements:

Read the full details of our Game Hardening in our latest Dev Diary.

That is all the information about Quake Champions October Patch Update 11.10.18. Some of the most interesting highlights of this patch are definitely the addition of Slipgate and its limited time event. Athena and her grappling hook are a welcome addition as id Software continues to add Champions. Unholy Trinity TDM sounds awesome as Rocket Launcher, Railgun, and Lightning gun are some of the best weapons in the history of first-person shooters. It is also great to hear that the development team is working hard to improve the framerate performance of the game. Quake Champions is now the best version of itself and it continues to improve in Early Access. Let us know what you think of today's update in the comments below.