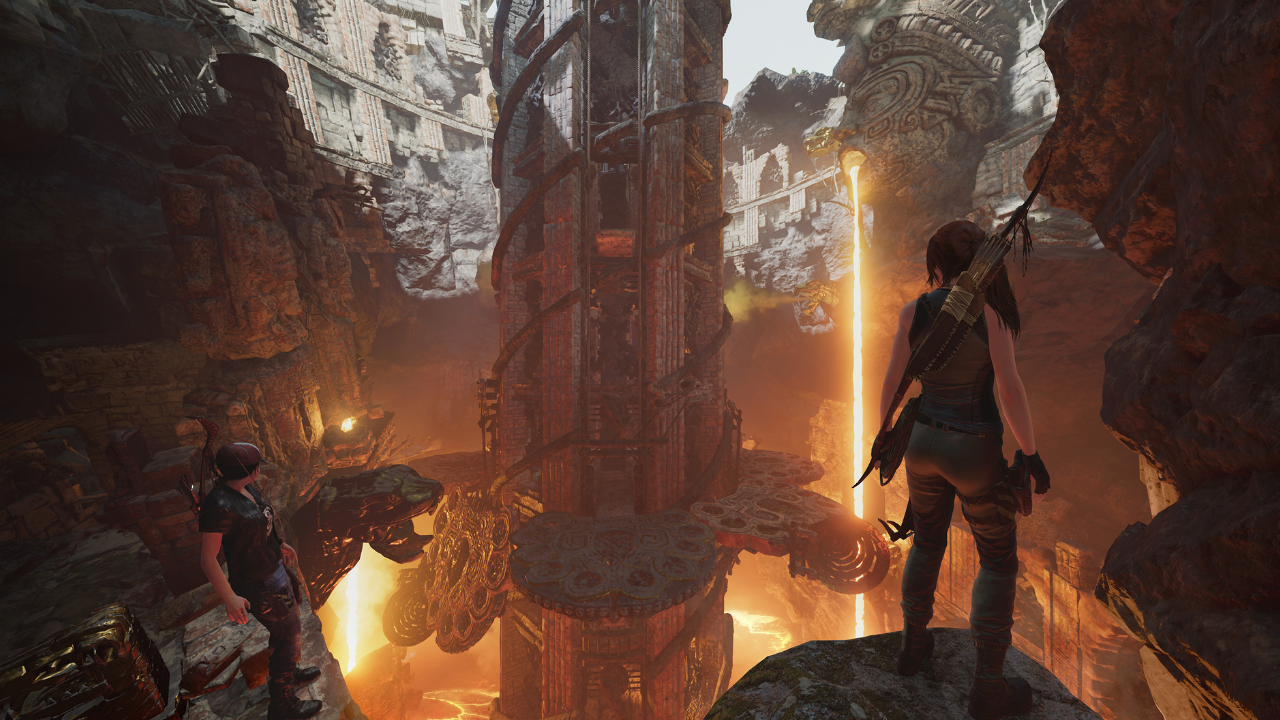 If you've conquered just about everything there is to see in Lara Croft's latest adventure Shadow of the Tomb Raider, get ready for a series of additional challenges to come your way. The game's first DLC, The Forge, is headed to Season Pass holders as a free download this November, and as a separate purchase for everyone else on Xbox One, PlayStation 4, and PC.

The Forge finds Lara infiltrating the Forge of the fallen gods, which is overflowing with lava, to unlock the secrets behind Kuwaq Yaku. Along the way, Lara will discover some interesting secrets behind a friend of hers, while taking on a new challenge tomb that's playable with both solo and co-op options. Anyone who completes the challenge will get the Umbrage 3-80 weapon, Brocken outfit, and the Grenadier skill.

The Forge is a new adventure, but also the first of seven monthly DLC releases that players will get with their Season Pass. Each will come with new content, new co-op experiences, side missions, Time Attack modes, and new weapons and outfits. If you don't already have the Season Pass, you can pick it up now for $29.99, or buy The Forge as a standalone purchase for $4.99.

Are you going to be embarking on a new adventure with Lara? Let us know in the comments below.