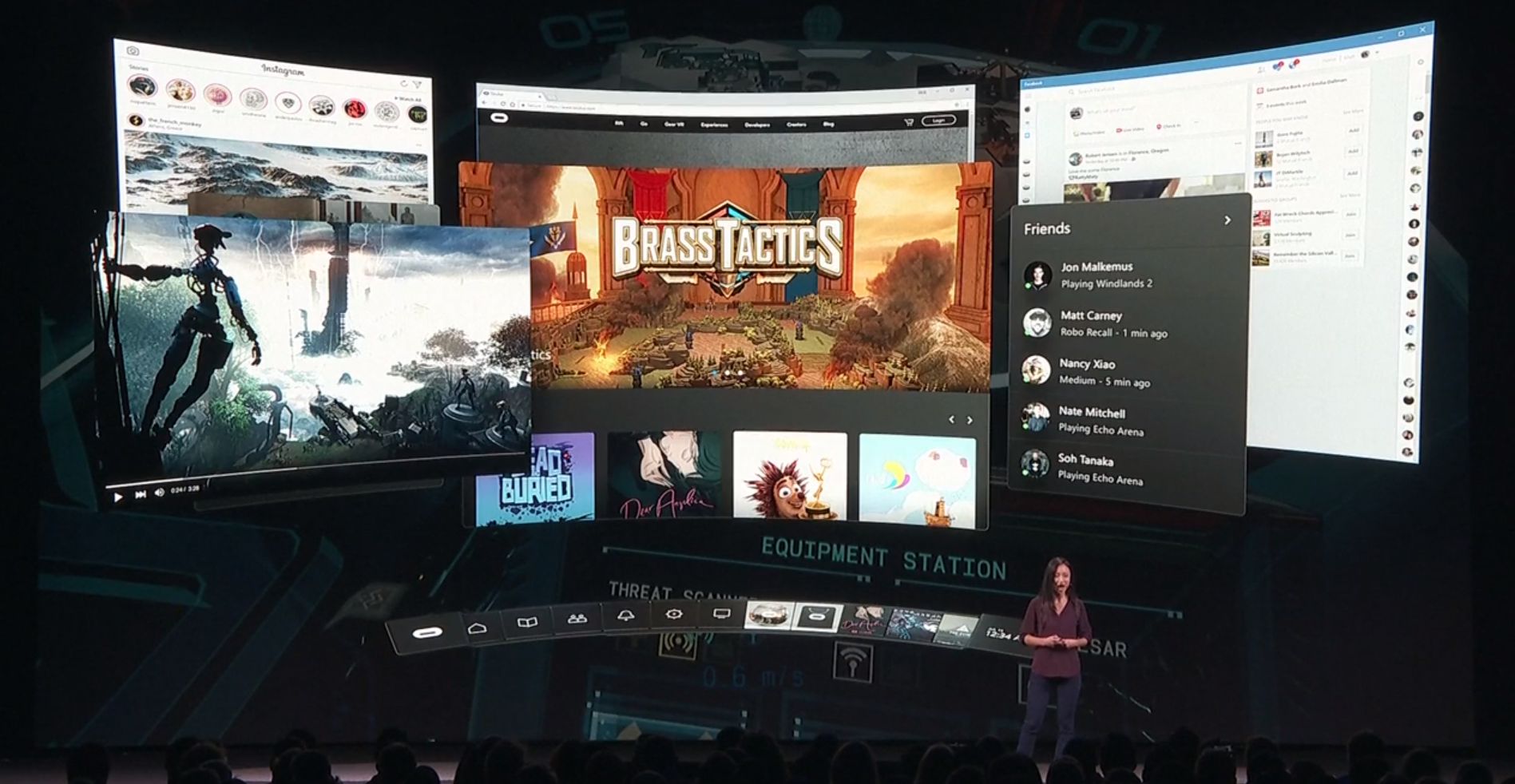 The Oculus Connect 5 keynote is live and everyone hoping for a glimpse at the next wave of virtual reality is tuned in. Today, current Oculus Rift users have access to the new and updated Oculus Home via the Rift Core 2.0 update, featuring Dash,  enhanced social and customization tools.

Custom developer items are coming to the platform, so developers can create unique items to showcase in the Oculus Home virtual space. There will also be custom avatars, with expressive avatars coming later this year. These avatars are more detailed and simulate eye movement, mouth movement, and microexpressions. The mobile app now also supports the Oculus Rift.

Hybrid apps were also announced during the Oculus Connect 5 keynote. This initiative gives developers a way to work with 2D programs in a 3D space, allowing for one app across desktop and virtual reality.

Mark Zuckerberg took the stage at the beginning of the keynote as well, stating that there are two major steps toward VR growth:

After breaking all of that down, he revealed that Project Santa Cruz, the wireless VR HMD project, is now called Oculus Quest and is shipping in spring with at $399 price tag.