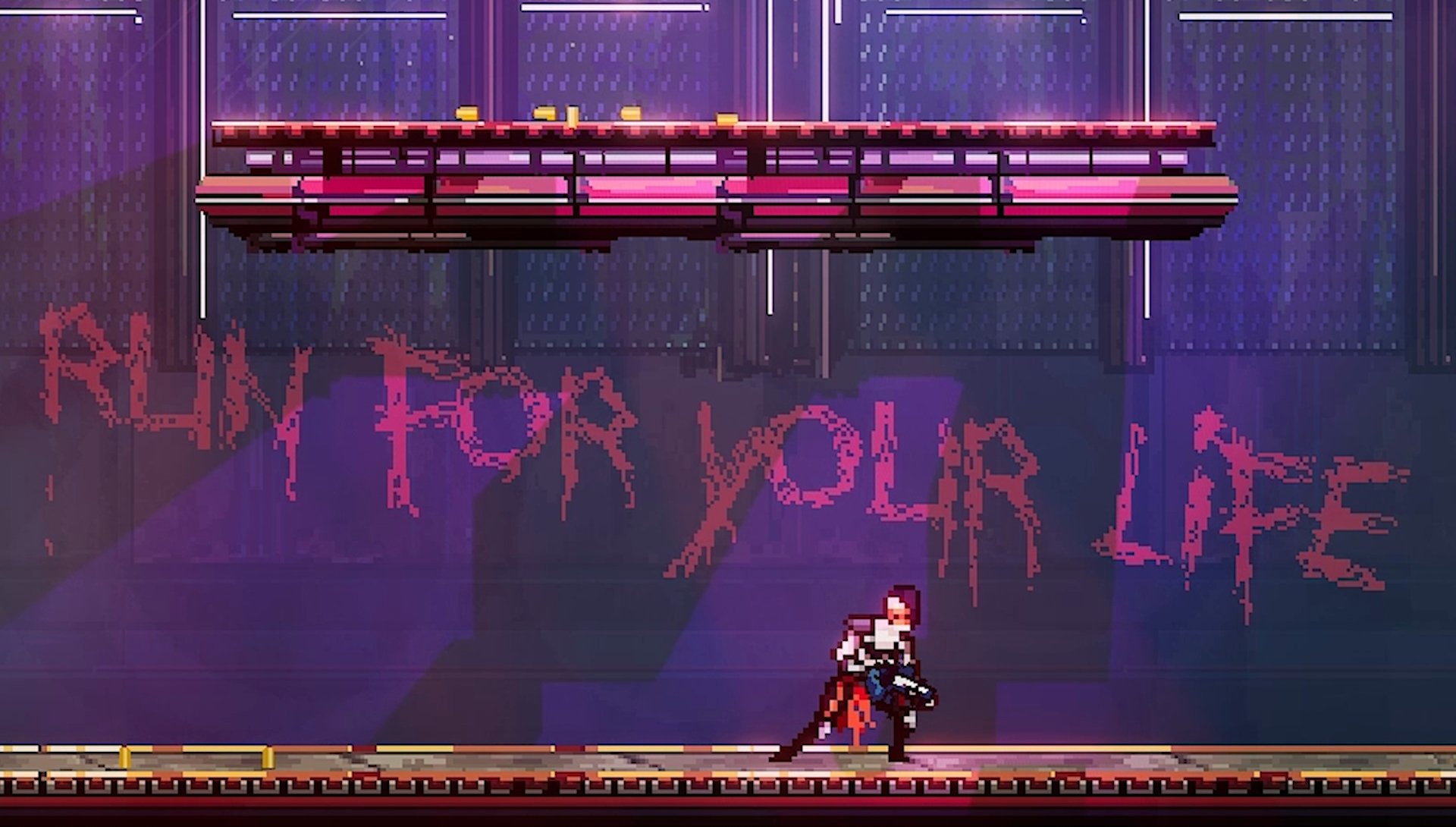 The nihilistic suicide revenge mission that is Black Future '88

1988 was a very important year. It gave us Die Hard, Who Framed Roger Rabbit, and an endless stream of U2 videos on MTV. As you’ll also remember, this was the year when the bombs started dropping, with their explosions blocking out the sun and turning the world into a dark hellscape. Black Future ‘88 puts you in control of one of the survivors who must ascend the evil tower (and die a few thousand times) in an effort to stop the endless nuclear rain. Shacknews got a chance to sit down with Don Bellenger of SUPERSCARYSNAKES, the team behind Black Future ‘88.

Bellenger touches on the game’s drug addiction mechanics and how the protagonist’s dependence affects progression throughout the game. Similarities and differences to the recently released Dead Cells are also discussed. Bellenger was unwilling to speak officially on the existence of a Nintendo Switch port.

Don't forget to check out the Shacknews and GamerHub.tv YouTube channels for more interviews, exclusive gameplay footage, and other great content.