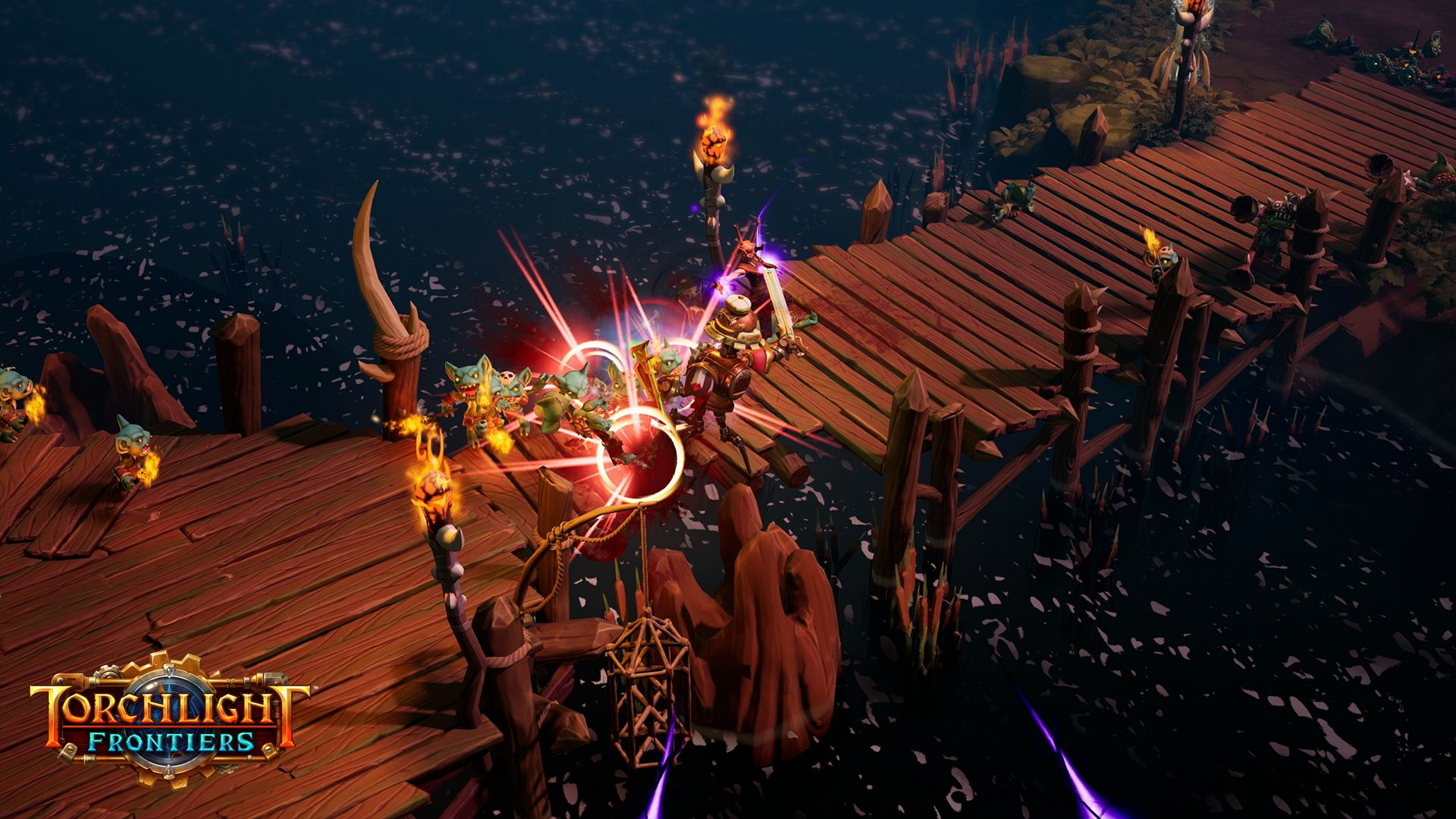 Torchlight Frontiers' 58 seconds of gameplay in its latest clip feels like coming home to a warm, cuddly blanket. It combines everything you appreciate about the Torchlight series and expands upon it further, with a selection of new mechanics that make it a much more varied affair than before.

Perfect World Entertainment has stepped in after the demise of Runic Games to put together a new entry in the RPG series, fronted by the new studio Echtra Games. Players can team up with friends and their colorful selection of pets to tackle dungeons, ancient ruins, and plenty of other awesome locales while clearing out scads of enemies. It's your typical point-and-click fare when it comes to attacking and defending (and sending out the occasional spells), but it certainly looks like it has a lot more personality than the other games in its cadre.

You can see your first glimpse of what the game has to offer in the video above, but the game itself should be touching down at some point in the near future -- possibly next year, though a date hasn't been confirmed just yet. It'll be coming to PlayStation 4, Xbox One, and PC, potentially 10 years after the original Torchlight if it debuts next year.

Are you looking forward to giving it a try? Did you ever play through a Torchlight game? They're actually quite entertaining, and a great way to spend a weekend or so.