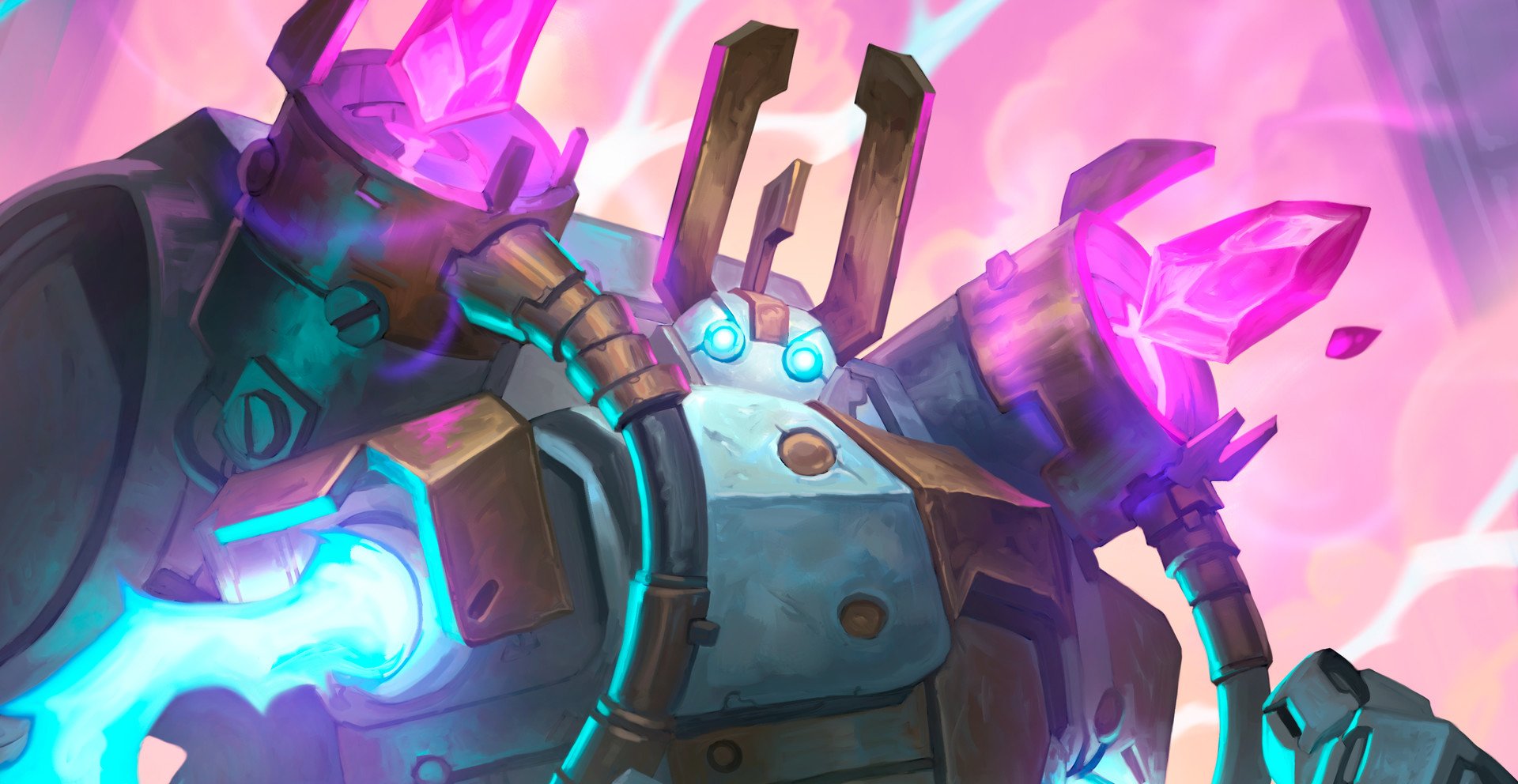 Hearthstone recently released its latest expansion, but just as the Boomsday Project meta is starting to settle, Blizzard is testing every player's mettle with the latest Brawliseum. In place of the usual weekly Tavern Brawl, the Brawliseum utilizes the Arena format with Standard constructed decks. That means putting together the strongest deck possible to either ride to victory with 12 wins or fizzle out with three losses.

There are card packs, Gold, and Mana on the line, as player's put up 150 Gold or $1.99 to compete. However, the first go-around is free of charge. Unless the idea is to spend copious amounts of money or Gold, it's best to make this free run count. That's why Shacknews is here with five helpful decks worth taking into battle.

Alexandra "Alliestrasza" Macpherson was among the first Hearthstone streamers to see the true potential of Mech Hunter. This deck utilizes the Devilsaur Egg to keep 5/5 dinos coming out at a rapid pace. Spiritsinger Umbra is one of the key components of this deck, as it'll activate the Eggs, Mechanical Whelp, and Carnivorous Cube effects out of the gate. If Umbra's still standing a turn later, Boommaster Flark will hit for a devasting eight damage to the face.

Don't sleep on that tech Mossy Horror, either. It can not only keep most Odd Paladins and Zoolocks at bay, but it'll also clear your side of any leftover Goblin Bombs and set them all off.

What makes this deck nearly unbeatable is Hemet, Jungle Hunter, which eliminates every card in the player's deck, except for the combo pieces, and the two Psychic Scream cards that will clear the board prior to the big wombo combo. If you can keep your health up with Divine Hymn, you're on the road to victory, unless something goes terribly, terribly wrong. But we'll touch on that a little bit later.

The King Togwaggle Druid is something that first started creeping into the meta over the course of The Witchwood. However, Dreampetal Florist has helped this deck reach its final form. Disguised Toast found incredible success playing this deck behind the idea of using the Druid's copious card draw and Armor spells to get ahead defensively before swapping decks with King Togwaggle and then copying that deck-swapping spell with Azalina Soulthief. This combo is now possible, thanks to Dreampetal Florist's extrame discount. By the time the opponent hits fatigue, Malfurion the Pestilent and Spreading Plague will ideally both be online to hold off any remaining resistance.

Again, this is another deck that's highly effective, unless something goes horribly wrong. That brings us to...

The idea behind Octavian "Kripparrian" Morosan's meta-busting Warlock is pure sabotage. Yes, there are a fair amount of powerful Demons that can carry the deck through to victory on its own. There's Voidlord and Despicable Dreadlord, both of which can be summoned by Skull of the Man'ari. But that's not the main goal of this deck.

The main goal is to disrupt decks that are relying solely on a single wombo combo win condition. Gnomeferatu's effect is already known and infamous. But there's also the new Demonic Project, which can outright win a game if played the right way. The trick is knowing when to play it. Playing a sloppy Demonic Project might lead to some luck, but the key is laying it down right around the time the opponent is ready to play their wombo combo. Playing Demonic Project on the late turns makes it more likely that players will land on a Mecha'thun, a Malygos, or a Shudderwock, at which point the opponent's win condition is completely shot.

With the opposition demoralized, play Bloodreaver Gul'dan and finish the job.

Alexandr "Kolento" Malsh has been conducting some experiments with Deathrattle Rogue and has crafted his own take on it. And it's honestly pretty good. Necrium Blade is what helps get this deck going, as it can activate Deathrattles for minions like Devilsaur Egg or Blightnozzle Crawler. Myra Rotspring may be another minion worth activating with the Necrium Blade if she finds a good Discover card.

It also has all the ingredients for a more aggressive deck, as both Leeroy Jenkins and Cold Blood can be used for quick finishers.

How's your Brawliseum experience going? Are you using any of these decks? Are you throwing your hands in the air and just going with Whizbang the Wonderful? (Which is totally valid! No judging here!)