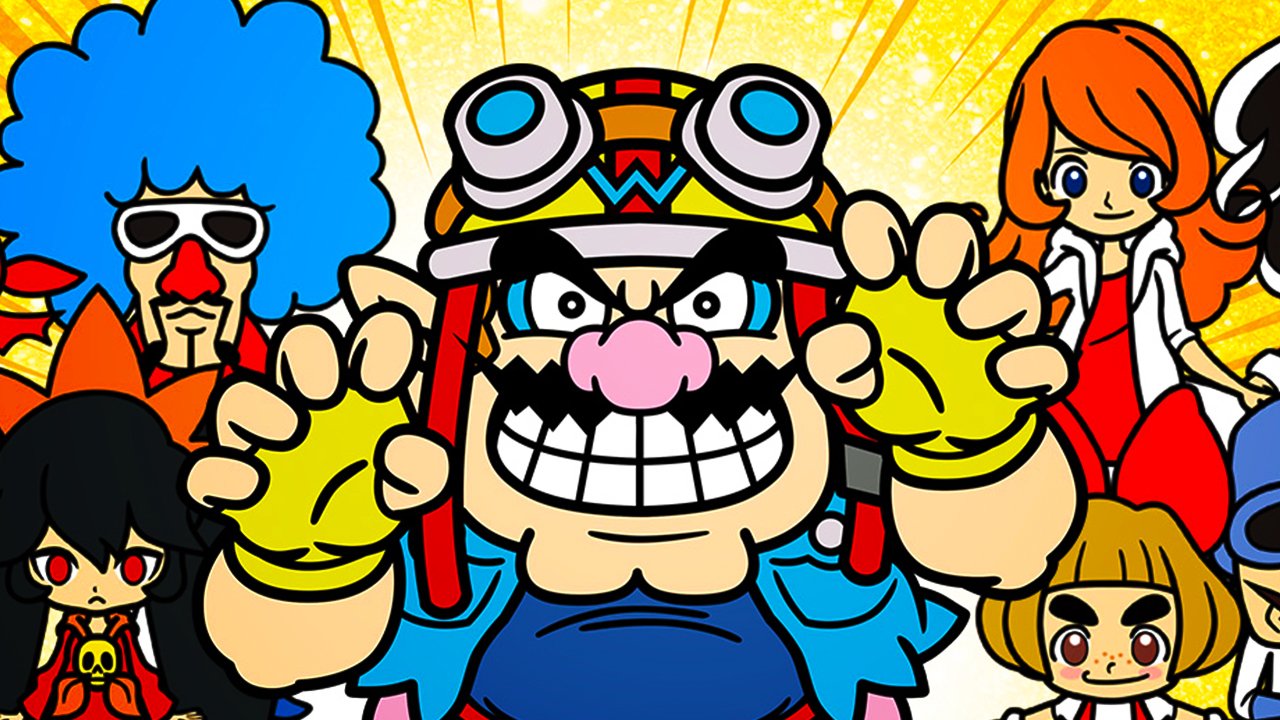 WarioWare Gold Review: All that glitters

The WarioWare series is one of Nintendo's most creative endeavors, and yet we haven't seen nearly as many entries as we very well should have. Since its debut in 2003, we've had ten major releases, though many of those installments recycled some of the same "microgames," or the very short and simple games that comprise the series.

It embraces the weirdness that could inherently be present in all of Nintendo's stable of games but isn't allowed time to grow and evolve. WarioWare amplifies this weirdness and welcomes it wholeheartedly, welcoming it with Wario's greedy little arms, and packages a series of hilarious and sometimes mind bending games in attractive compilations that you can play in bite-sized chunks of time.

The latest entry is WarioWare Gold, a "greatest hits" of sorts that brings the most memorable games from throughout the series and offers them up in one convenient game for the Nintendo 3DS. Bizarrely skipping the Switch, where it would undoubtedly prosper, it instead acts as a tribute to one of the handheld's (and the others before it's) best WarioWare moments. While there are some disappointing moments largely related to the fact that we're still playing some of the same microames from years ago, this is still one of the best WarioWare packages yet.

WarioWare Gold is a slick compilation of over 300 microgames wrapped in an attractive package. It brings a collection of old and familiar challenges to life once more, sandwiched between bite-sized, fully-voiced cut scenes that gives Wario the chance to speak in complete sentences in the game for the first time. The brilliant Charles Martinet really gets to stretch his acting chops for this one, and the end result is marvelous.

Instead of offering a new way to enjoy the microgames on offer like many of the games in the past, however, WarioWare Gold is content to offer a few main ways for players to control them. You'll tap, twist, touch, and even blow into the microphone while participating in a torrent of games that only last a few seconds at a time. To get started, you can choose which style of game you primarily want to play through, and familiar WarioWare characters offer a quick vignette and story to go along with the games as you work to complete a streak without losing all four lives.

At the end of each character's level, you must complete a "boss" game. Once you've done that, you can move on to the next area, or swap between different play styles if you so choose. These areas are where you'll spend most of your time until you complete the game, at which point you can play through a few other intriguing modes.

The meat of WarioWare Gold is, however, the brilliant selection of mini games you'll be faced with. Whether you're controlling each challenge with your stylus, rotating your 3DS (or 2DS in my case because I'm still partial to that adorable thing) or tapping the A button, there's something exciting and totally weird to do.

Sniffling up a long string of snot back into a maiden's nose? Check. Tapping until a weird creature munches up the snacks in front of it? Double check. Picking a nose? Oh, you got it. If it's weird, you'll see it here. At one moment you might be pulling one side of Wario's mouth open to feed him munchies, and the next you could be aiming at that pesky duck from Duck Hunt in a set of Nintendo-themed games.

It feels almost like spoiling the surprise to name all the insane games you'll happen upon, because you really just need to experience them and let them flow over you. I could tell you that one of the games finds you answering a rudimentary math problem or that you need to guide a guy to an empty bathroom stall before he wets himself, but again, those are things that should be witnessed without any spoilers ahead of time. Except for those. Oops.

The beauty of WarioWare is always that element of randomness and the surprise that arises from having zero clue what kind of games are up next. If you've played the majority of the games in the series, you'll undoubtedly find yourself experiencing a bit of deja vu, because yes, you've seen a good portion of these before. But encountering a new twist on an old formula or seeing one that you're fond of is always fulfilling, nevertheless. I only wish there had been a smattering of more newer games so I could keep experiencing that rush of surprise that comes along with checking out something I haven't seen before. Hopefully that's all being saved for what I'm wishing with all my might is an eventual Nintendo Switch release.

Aside from the wide selection of microgames and their accompanying cut scenes and boss fights, there are special challenge modes that you can take part in that lets you take a series of microgames and work to complete them with difficulty modifiers. You might have Wario doing some inane things that hurt your visibility (slime that needs to be cleared off the screen) or you can opt to play with just one life, meaning one loss will end your streak and you'll have to start all over.

Whether you're playing in one of these modes or in the "Sneaky Gamer" inclusion that calls back to the Wii U's Game & Wario release, you'll earn a selection of coins that can be used to unlock a selection of random items from the Arcade section. You can spend your coins on one capsule toy from a gashapon machine, or multiple pulls at once.

Your spoils are completely random, and you couldd get a small toy from Nintendo's storied history as a toymaker, phone numbers to dial up the game's characters, minigames that are separate from the selection you must play to complete each level, and more. One of the most interesting inclusions arestudio reels that let you record your own voice over the cutscenes in the game. Hate the new English voice cast? Just choose which lines you want to write over and view your handiwork!

Unfortunately, you'll need to play a lot of microgames and complete several of the game's laundry list of Missions to earn the coins needed to continually pull capsule toys with what you want. While this offers longevity, like the previous WarioWare games, it also forces you to continue to grind out coins to collect all the surprises. If you're interested in collecting everything, this may begin to grate on the nerves.

If you've enjoyed the rest of the WarioWare games, there's no doubt you'll find something to love about this fantastic entry in the series. While it would have been great to see more new games added into the fold, it's still very entertaining with a wide variety of different microgames to enjoy, whether you've been there from the beginning or are just jumping onto the bandwagon.

I, for one, will be anxiously awaiting the day when we get a host of all new WarioWare microgames for the Nintendo Switch. Nintendo, call me. I've got tons of ideas.

This review is based on a physical copy provided by the publisher. WarioWare Gold is available now on Nintendo 3DS. The game is rated E10+.

Where was Splatoon 3 at E3 2021?
Review for
WarioWare Gold
8
Pros
Cons
Login / Register