How to Gain Experience Quickly in Octopath Traveler

Octopath Traveler is a Square Enix JRPG that aims to remain true to the old traditions of role-playing games. In that sense, it's a game where players may wind up spending a lot of time grinding away for experience by engaging in random battles. However, we've discovered a way that players can earn a lot of experience and level up quickly using a simple trick that involves taking out powerful monsters with specific weaknesses.

How To Quickly Gain Experience: Levels 15-35

Before we get started, players should note that this method is only truly effective starting around level 15. It takes advantage of certain weaknesses combined with the specific strengths of the Warrior and Hunter job classes to make short work of late-level enemies. While players can absolutely reach and defeat these enemies at earlier levels, doing so may be extraordinarily difficult. 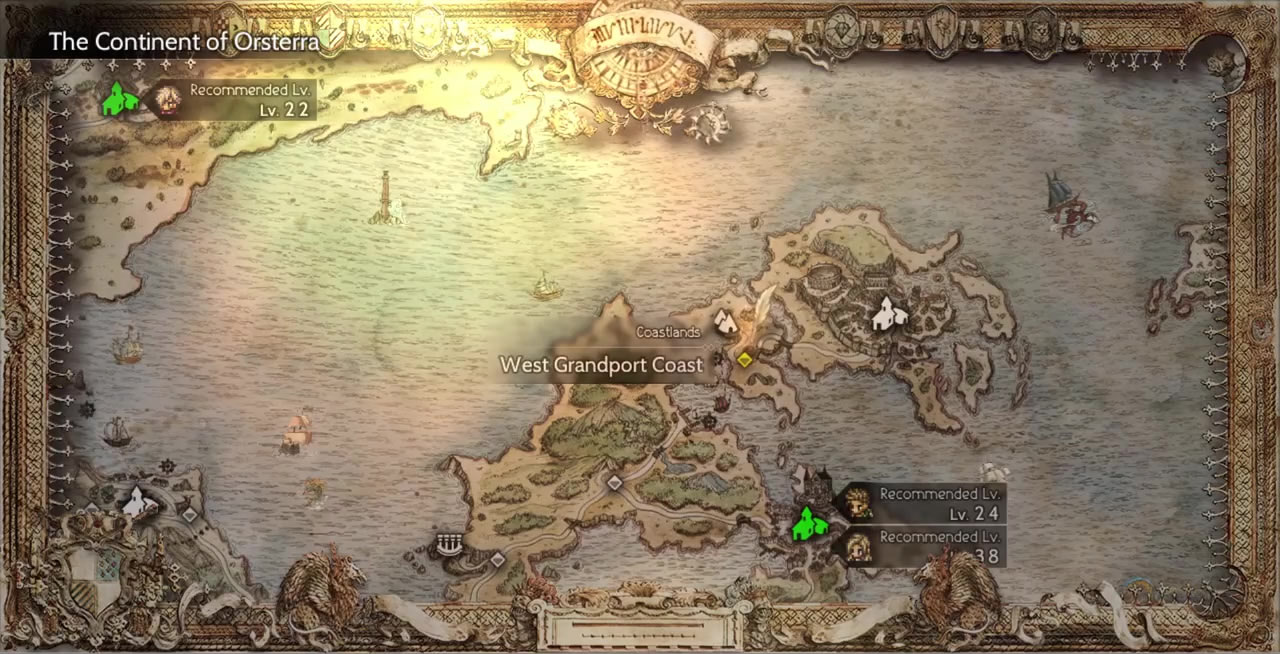 The first step of the process involves traveling east across the map to the town of Grandport, sitting in the bay just beyond the West Grandport Coast marker. It has a danger level of 45, meaning many players may have been turned away from it earlier in the game. Make diligent progress toward Grandport, running from enemies when needed, until arriving at the town. Save, rest at the Grandport inn if needed, then head back outside. 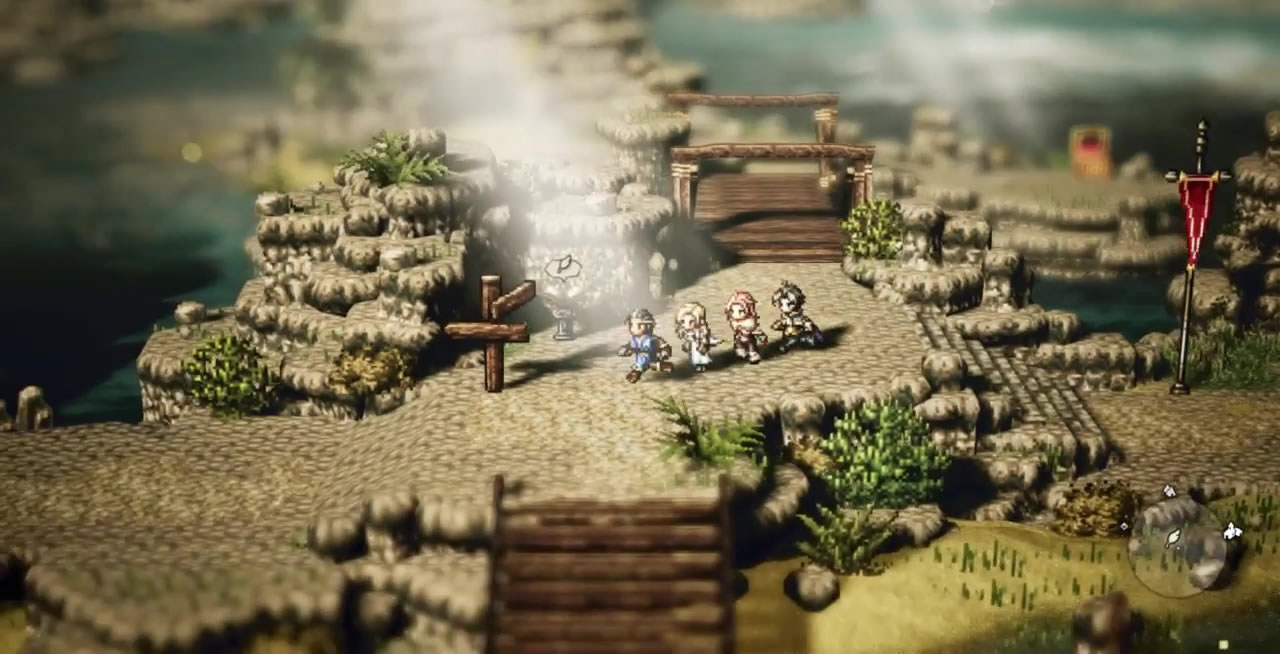 In the area just west of the town's entrance will be a save point next to a signpost, and players walking around this specific area are likely to encounter a group of two Greater Kingfishers. These enemies have around 6,500 HP each, and defeating two of them nets 609 experience, 114 Job Points, and over 800 gold. More importantly, they're weak to polearms, bows, and wind damage, making them easy to take down with a specific method.

The setup is simple: have two Warriors, two Hunters, and one Cleric in the party. Make sure the Warriors know the Thousand Spears skill, and make sure the Hunters know the Arrowstorm skill. Beyond that, try to equip the other two characters with either a polearm or a bow. It doesn't much matter how powerful any of the bows or polearms are so long as each character has their most powerful weapons equipped otherwise. 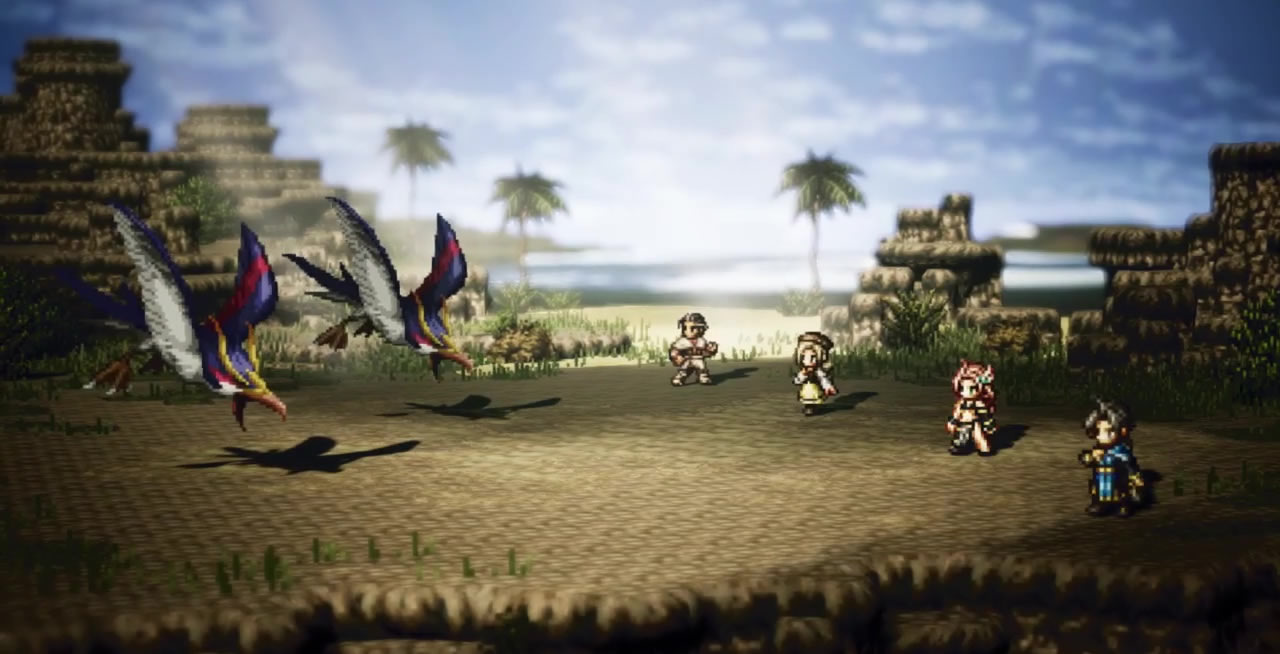 Circle the area between the town and the save point, fleeing from all other battles if necessary, until two Greater Kingfishers are encountered. Both enemies will have a defense rating of four, meaning they need to be hit by weapons they're weak against four times before becoming staggered. As soon as possible in the battle, cast either Thousand Spears or Arrowstorm. Arrowstorm is generally enough to stagger one if not both Greater Kingfishers at once, while two instances of Thousand Spears can serve in a pinch.

The goal is to prevent one Greater Kingfisher from attacking the party while slowly stunning and chipping away at the health of the other. These enemies have a nasty habit of lowering the entire party's defense, but most of the time they'll only target single heroes with either a physical attack dealing around 600 damage or a powerful Meteor Storm attack that can deal 2,000 or more damage. Keep the Cleric healing the party each round, reviving downed heroes when necessary, and use the heroes who aren't Warriors or Hunters to help stun enemies when needed or bolster the offense of attackers when possible. Aside from that, wait until their defenses are down, then lay in with the party's strongest attacks. 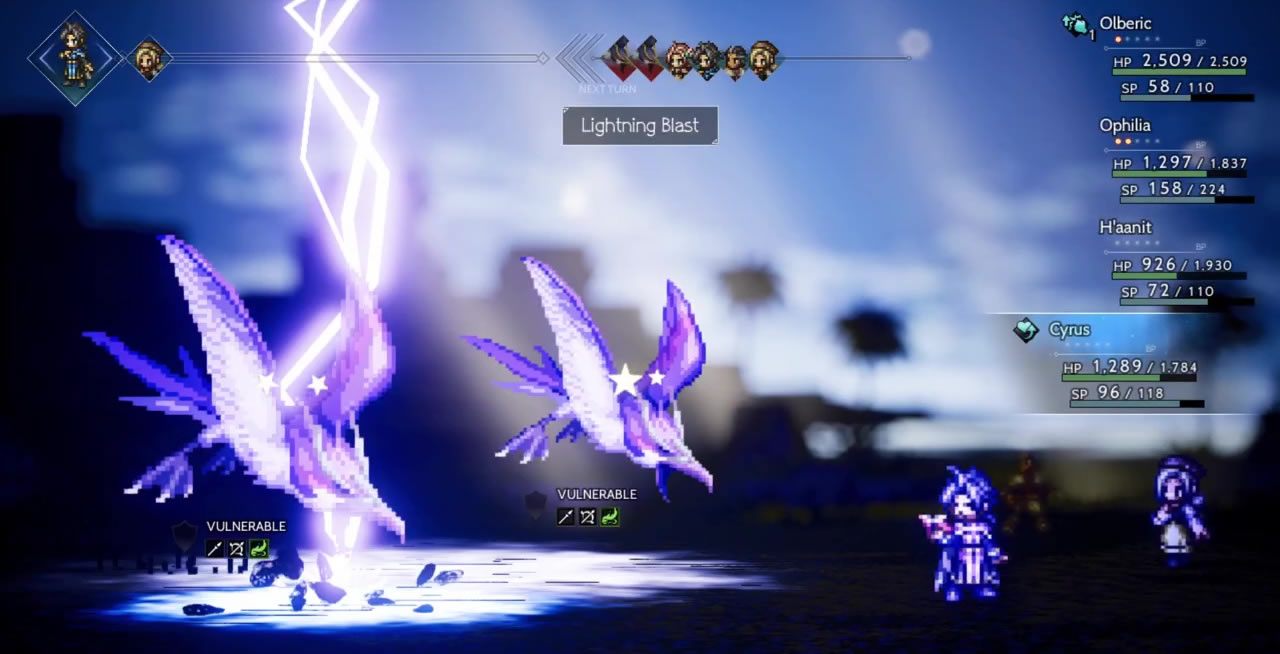 Depending on the party's overall experience, it may take up to ten or fifteen minutes to take out both Greater Kingfishers. However, once the battle is done, characters still in the early teen levels should level up four to five times immediately, with gains slowing down to one level per battle in the early 20s and to once every couple of battles near level 30. This process can easily be used to reach level 40 and beyond, but by level 35, it will take almost four battles to earn a single level. By then, the player should have no problem handling just about any basic creature in the game.

Our coverage of Octopath Traveler doesn't end here — catch up on the must-know details surrounding Square Enix's latest RPG by checking out our Octopath Traveler guide and strategy hub, which is filled with information concerning job classes and abilities, boss weaknesses, shrine locations, and more.