Twitch Prime has been the gift that keeps on giving since Amazon and Twitch struck their deal and the Prime Day 2018 celebration is turning this month into Christmas in July.

Throughout the month, Twitch Prime subscribers will get a free game every day from July 2 to July 17. The games will be in your library forever once claimed, it just takes a couple clicks to get them. Below the celebration trailer, you'll find the full list of 21 games and it includes Pillars of Eternity: Definitive Edition, Observer, Tyranny, Metal SLug 3, QUBE2, Tacoma, and many more.

If you want a more visual element showing off exactly which games will available on specific dates, check out this calendar from the official blog post: 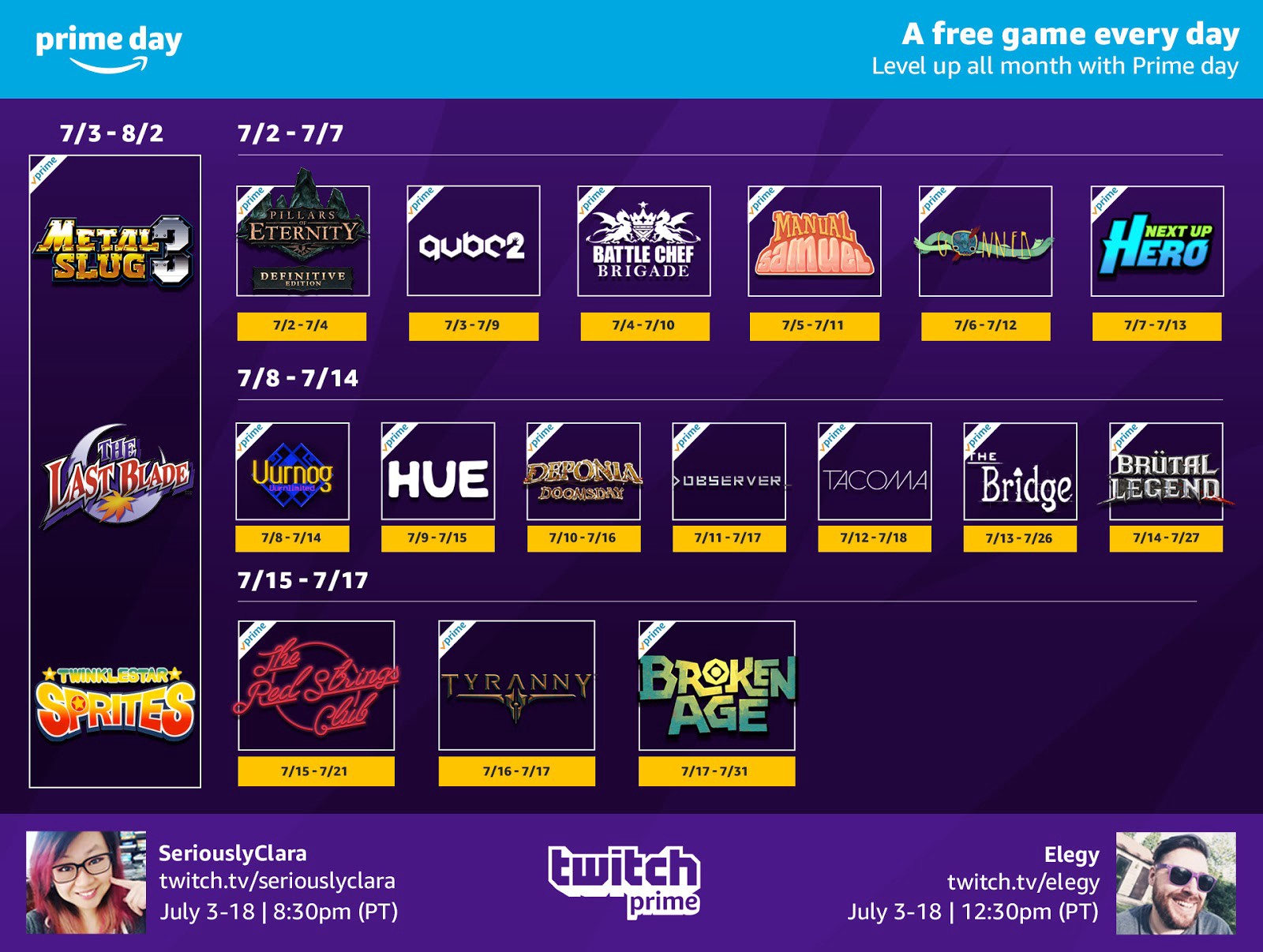 As you can see above, awesome streamers like SeriouslyClara will be showcasing all the free games so check the blog for the full schedule for that as well. Stay on top of all the titles so you add to your quickly-growing backlog with some quality titles.

Prime Members, as of July 2, are also able to sign up for Music Unlimited. The service allows users to stream millions of songs ad-free for only $0.99 for four months, but don't try to use unapproved music during your Twitch streams. The Twitch merch store is 50% off as well, so act quickly. Stay tuned to Shacknews for additional updates and feel free to bookmark this page so you don't miss out.