All of the various choices players have made throughout Markus' story in Detroit: Become Human will come to a head during the action-packed chapter titled Freedom March. There are a lot of different actions and events needed to earn 100 percent completion, and a grand total of seven different endings are available depending on what path players choose to take once the police confront the group of marching androids. 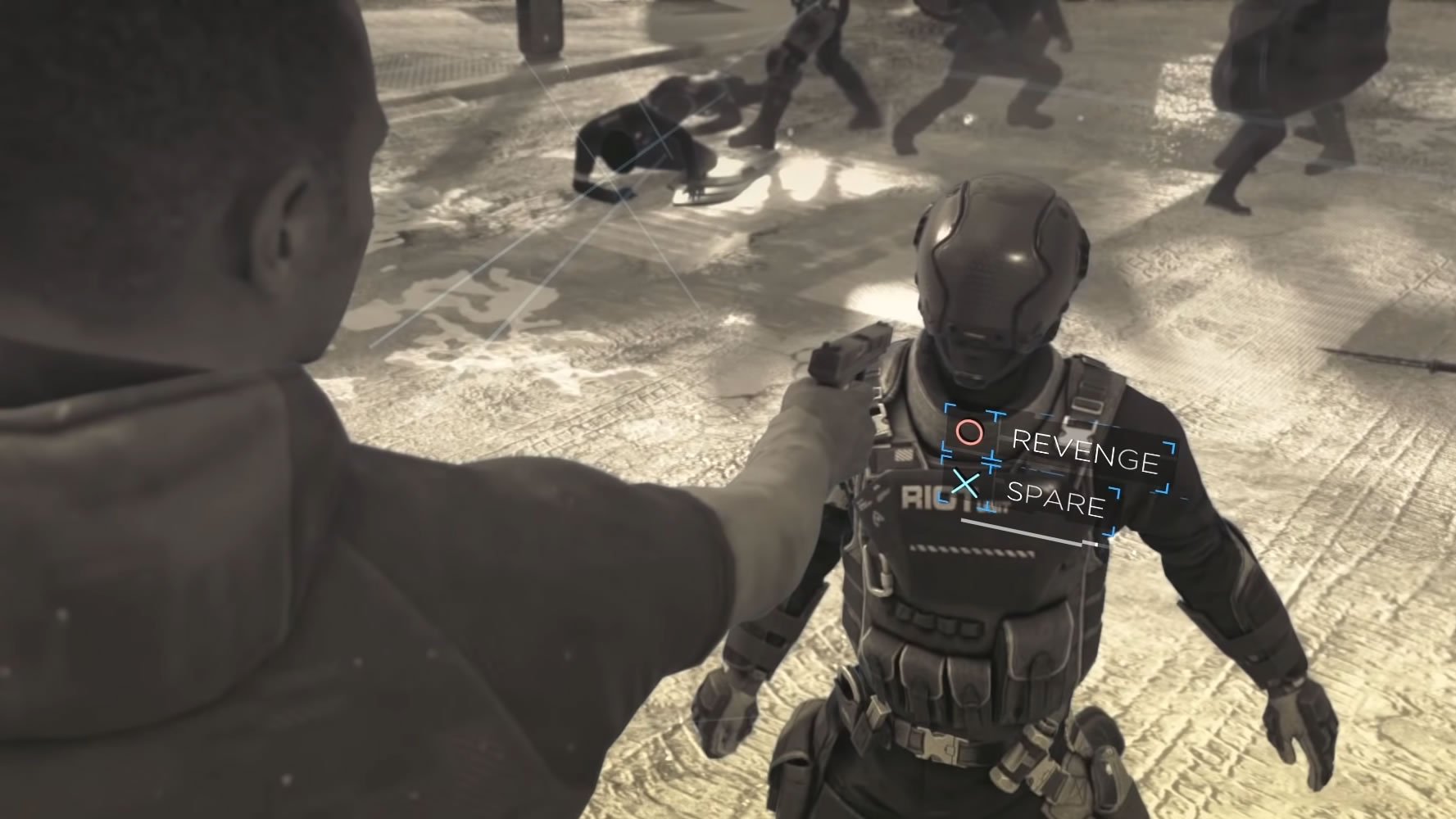 From a completion perspective, Freedom March may very well be one of the most complex chapters in the game. There are a total of seven different endings, with two of them (and several related branching paths) being tied to whether or not Simon survived the events of Public Enemy and/or whether or not John joined the crew during the events of Spare Parts.

Earning a 100 percent completion rating in Freedom March will involve players going back to those chapters and making different decisions so that those characters either are or aren't available during this chapter, with one specific ending unlocked for each of those characters, plus another that can only be unlocked if neither are available. 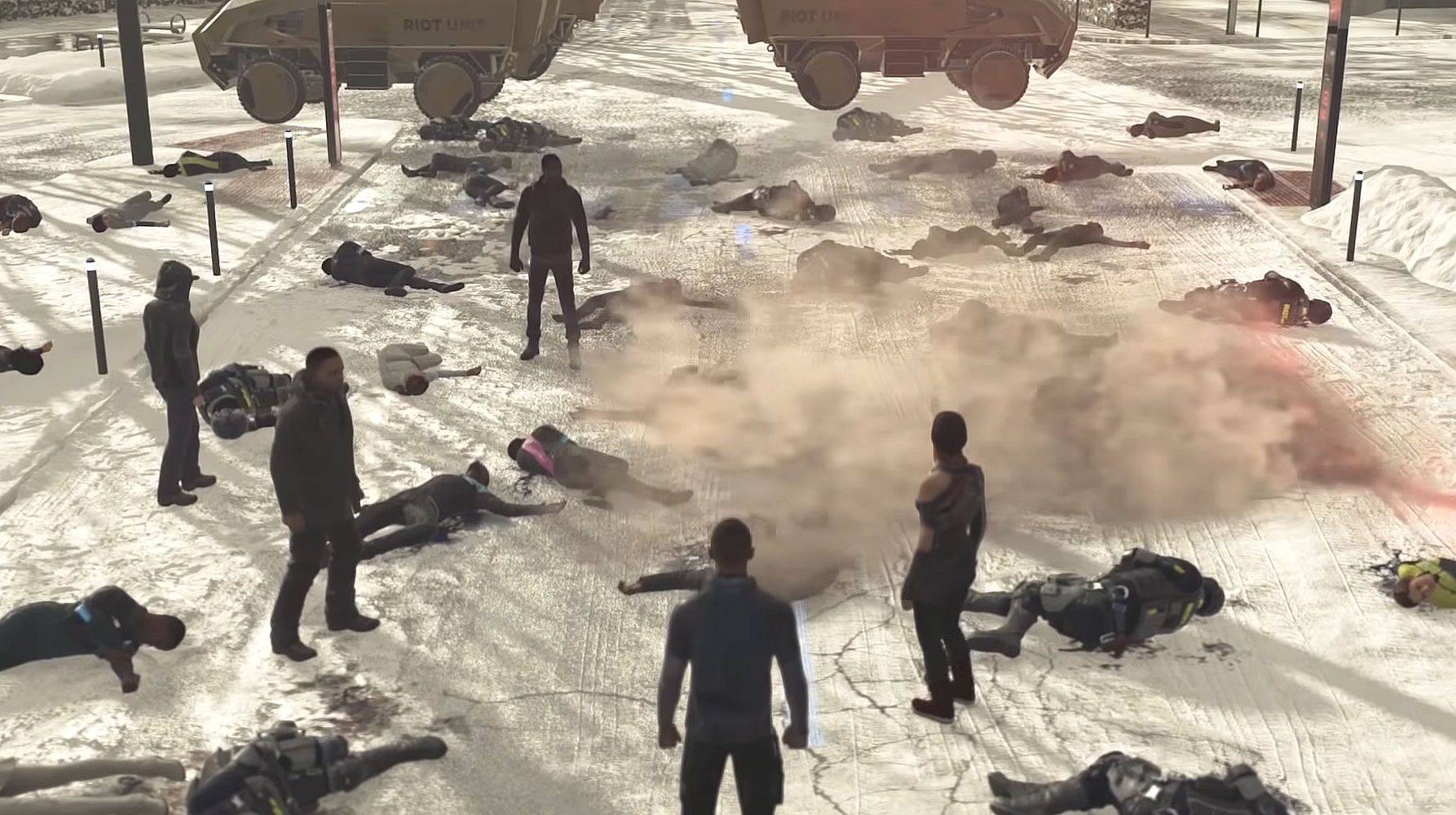 Markus Fled
Even if Markus and his crew seek out a pacifist approach, the group of policemen will wind up firing at them anyway. At that point, if the player chooses to run, some androids will be killed, and this ending will be unlocked.

Markus Stood His Ground and Was Killed
Assuming that Simon is dead and/or John never joined the party, this ending will be unlocked if players choose to stand their ground against the police, then choose to sacrifice themselves after the police open fire. Markus will stand his ground, and without anyone to sacrifice themselves for his safety, he will be shot and killed.

Police Gunned Markus Down
If Markus loses the fight with police, chooses not to kill himself, and neither Simon nor John are available to sacrifice themselves for his safety, Markus will be shot and killed.

John Gave His Life to Save Markus
Assuming John joined the party during the events of Spare Parts, and assuming players either lose the fight with the police and choose to do nothing or run away from the police without successfully escaping, John will sacrifice himself to save Markus.

Simon Gave His Life to Save Markus
Assuming Simon survived during the events of Public Enemy, and assuming players either lose the fight with the police and choose to do nothing or run away from the police without successfully escaping, Simon will sacrifice himself to save Markus.

Markus Committed Suicide
If players miss quick time event prompts during the fight with the police, Markus will take several severe injuries, fall to the ground, then crawl over to a nearby handgun. This ending will be unlocked if players choose the "shoot" option, which will result in Markus telling the other androids to flee before shooting himself in the head. If players choose to do nothing, either Simon or John (if available) will sacrifice themselves for Markus.

Markus Defeats the Police
If players choose to charge the police and end up victorious in the ensuing fight, the police will retreat, and this ending will be unlocked.

With the action and drama within Freedom March concluded, the next stop is Last Chance, Connor. Don't miss out on any highlights — head over to our Detroit: Become Human 100 percent walkthrough and guide to learn more about the game's various actions, events, endings, and more.