It's been about two weeks since Hearthstone release its 11.1.1 update, balancing several of the game's more high-profile cards. Blizzard has already come forward with another update and, whoops, it looks like time has been thrown all out of whack with it. 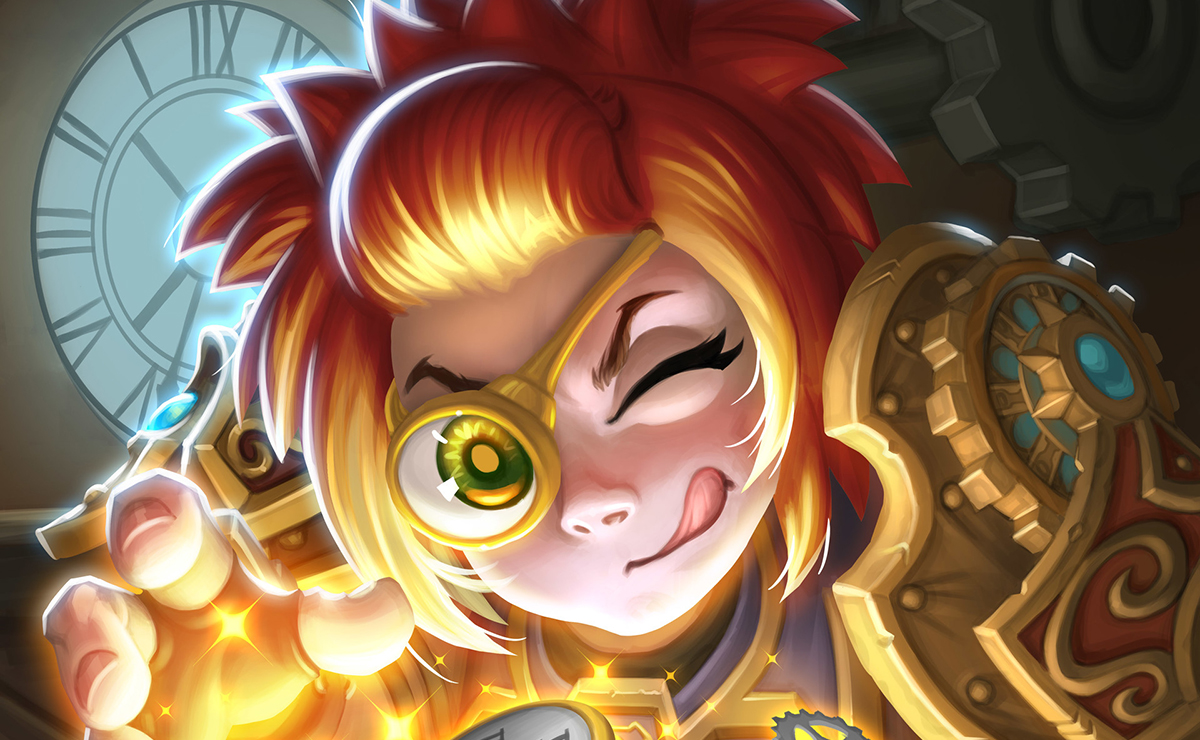 Toki has already violated several laws of time and space, but now it looks like her machinations have left Arena all topsy-turvy. The Taverns of Time event introduces 28 special cards to Arena, in addition to the regular batch. Players can also find special Taverns of Time Daily Quests that will reward both gold and dust. This event is set to kick off on June 11 and run through July 2.

Those looking for some more immediate satisfaction can find the Get In Here Bundle, which offers a hodgepodge of various expansion decks. Hearthstone players can pick up ten decks (two Classic, two Witchwood, two Kobolds & Catacombs, two Knights of the Frozen Throne, and two Journey to Un'Goro) for a paltry $7.99. That's an insane value and unlike similar bundles issued in the past, there is no limit to how many of these can be purchased. The Get In Here Bundle will only be around until June 19.

For those without money to burn, there's one free Golden Classic Pack coming to Hearthstone. Players will be able to claim that pack on June 13 and pick up five Golden cards.

Other Update 11.2 updates include whole new emotes for mirror matches, adjustments to certain Summon and Play triggers in relation to the Druid Un'Goro Quest, and adjustments to Arena picks. The full patch notes can be found on the Hearthstone website.