Ubisoft is expanding its Rainbow Six Pro League by two teams for its upcoming Season 8 of competition. With that in mind, the publisher has put some thought towards the League's financial end. That's why on Tuesday, Ubisoft announced a new revenue-sharing program.

The Ubisoft "Pilot Program" is described as a revenue-sharing initiative for a handful of R6 Pro League teams and the 2019 Six Invitational prizepool, based on specific in-game items. This grants these teams and their players direct revenue from Rainbow Six Siege in-game purchases. 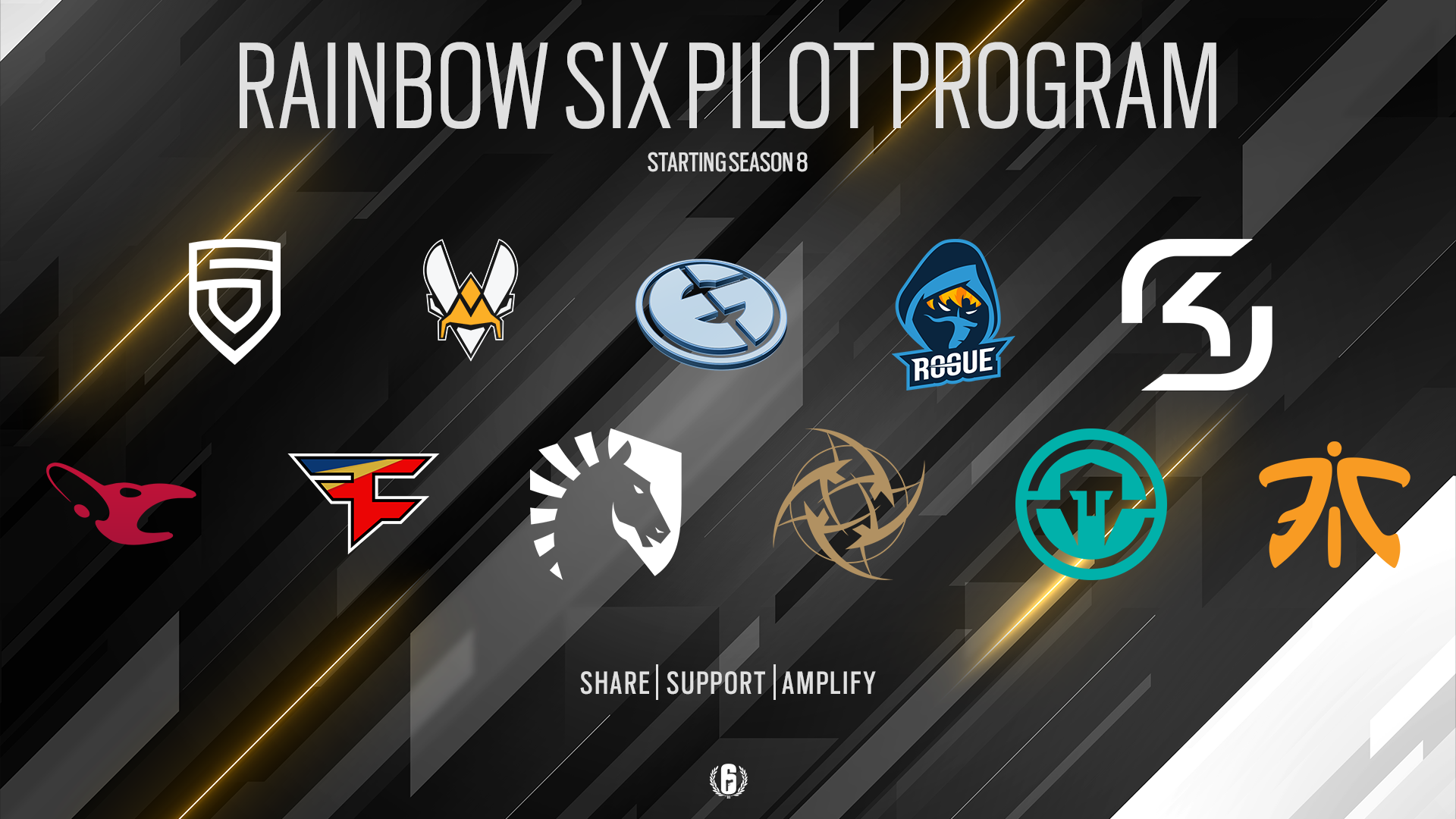 The Pilot Program will include 11 teams. They are:

The final two teams are Immortals, who officially entered the Rainbow Six Siege world on Tuesday by acquiring Brazil's BRK e-sports roster. Those players include:

Ninjas in Pyjamas have also jumped into Rainbow Six esports on Tuesday, but their roster has not been revealed at this time.

"For us, the Pilot Program is a way to reward the teams that are contributing to the League and help it grow," Ubisoft EMEA Esports Director François-Xavier Dénièle said via press release. "For fans, we believe it is one of the most direct ways to show their support to specific teams and players. With this program, we are expanding on the Team Charm initiative we ran with different teams during last year's Pro League seasons."

Season 8 of the Rainbow Six Pro League is set to get underway next week, starting on June 11.