Bungie took the wraps off of their plans for Destiny 2’s second year and the Forsaken  expansion during today’s reveal event on Twitch. The event opened with a nine minute trailer that provides an overview of what the development team has in store for players hungry for new content. The trailer went over new weapon systems, a new game mode, a new raid, and all the things you would expect from Destiny, but a small nugget was shown that is sure to bring joy to players who obsessively collect in-game items. The new Collections feature will allow players to keep track of everything they find in Destiny 2.

During the trailer, it was revealed that Destiny 2 has over 2000 items that can be collected, including weapons, mods, and even armor sets. A Collections tab will be added to the main game menu that allows players to keep tabs on what they have and what they may be missing. You will be able to view armor sets from within this menu and know exactly which pieces will need to be acquired to complete said sets. 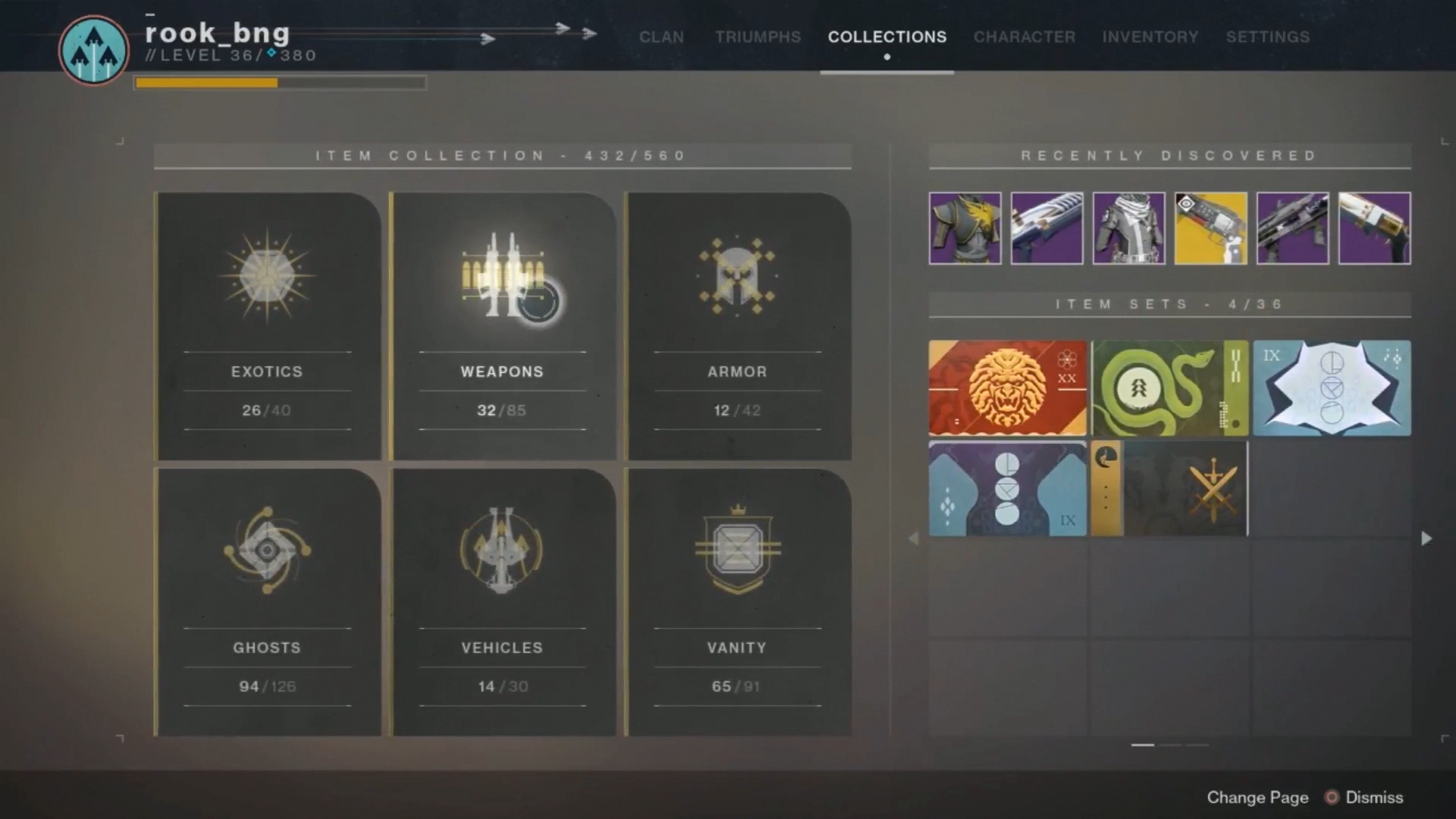 The UI elements shown in the trailer broke the collectible items down into six categories: Exotics, Weapons, Armor, Ghosts, Vehicles, and Vanity. The Forsaken expansion will be arriving for all versions of Destiny 2 on September 4.