Takara Tomy's Talking Pikachu Robot Is Almost As Good As The Real Thing, But Not Quite

Japanese toy creator Takara Tomy has created an electric mouse companion for the whole family, and it won't even shock you if it gets mad. It's a new talking Pikachu robot called HelloPika, and it just may be one of the cutest things in the Pokemon universe yet.

The robot will respond to sounds, like when you lean down and talk to it. If you say hello, Pikachu might say "Pika pika chu!" or something equally difficult to decipher, because I don't speak Pikachu, and it could be telling me to go to hell, for all I know. HelloPika can also tilt its head to look at the person talking to it as well, with its signature red cheeks (electric sacs, for the uninformed) lighting up in time with interactions. 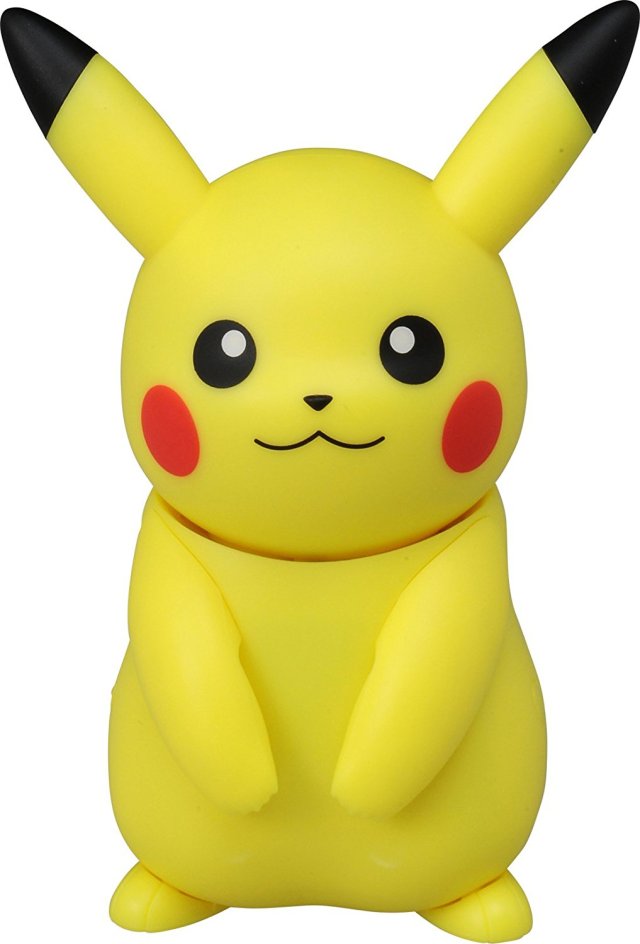 It can also pose in several ways, though its arms don't appear to be mobile. That's a little strange, considering everything else it's capable of. But it's still one of the cutest pieces of Pokemon merchandise you can currently buy, especially since it's all about making you smile. You can grab one from Japan ahead of its August 4, 2018 launch. Pre-orders are currently live, though you might need to go through a Japanese purchasing liaison if you decide not to utilize Amazon.

Next, we need a Meowth robot in the worst way. Imagine if it could follow you around and make wisecracks about your inability to perform as a Team Rocket member. That would be sweet.