The Detroit: Become Human chapter Midnight Train once again shows off developer Quantic Dream's skills with delivering a tense narrative experience. Here, players will assume the role of Kara as a surprise visit from a police officer spells potential disaster for the group of androids hiding at Rose's house. 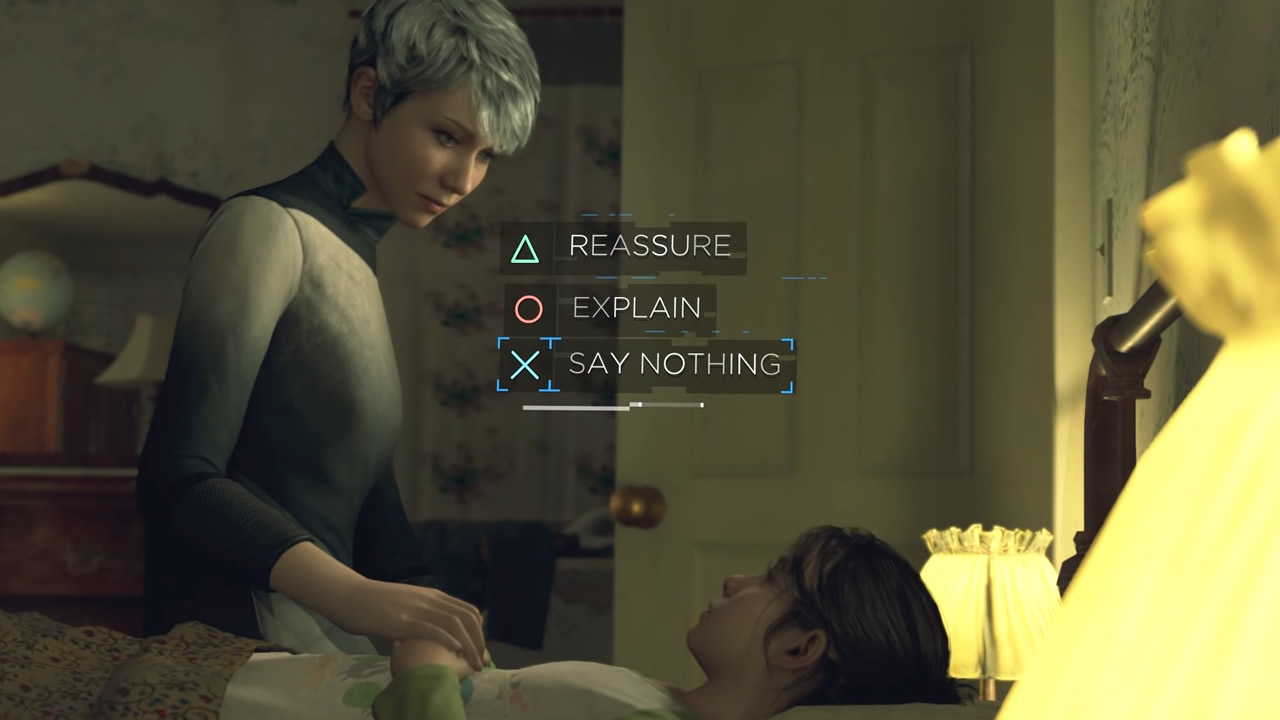 Earning a 100 percent completion in Midnight Train won't exactly be easy. There are a lot of moving parts in this chapter, and players won't have much time after the policeman arrives to remove any evidence of the androids hiding in the house. The three different endings for this chapter hinge on whether or not players can successfully trick the policeman into thinking nothing is amiss; if they can, he'll simply leave, but if they can't, Luther will be in for a bad time.

Luther Died Killing Policeman
If Kara doesn't tell Luther and Alice to hide, Luther will take Alice into a hiding spot near the kitchen. Eventually the policeman will become suspicious and draw open the curtain to reveal Luther, who will knock the policeman dead on the spot, but not before sustaining a fatal injury.

Luther Died Saving Other Deviants
By the time the policeman gets ready to leave, if he's managed to become suspicious enough, and if players don't manage to assuage that suspicion, he'll discover the deviants hiding in the room beside the front door. Luther will rush to their aid, killing the policeman but getting shot in the process.

Policeman Left
Assuming players can clear the house of any obvious evidence and keep the policeman from getting too suspicious, he'll simply leave. After he's gone, Rose will arrive and tell the crew that they're all set to leave.

With Midnight Train out of the way, the next stop of our coverage concerns itself with the chapter titled Capitol Park. To learn more about the game, including all completion requirements and chapter endings, be sure to stop by our Detroit: Become Human 100 percent walkthrough and guide.