The Detroit: Become Human chapter titled The Bridge is one of the more linear missions featured in the game. It follows along as Connor and Hank get to know even more about one another by having a discussion near the Ambassador Bridge, though players who haven't been fostering their relationship with Hank may wind up at a rather dramatic finale. 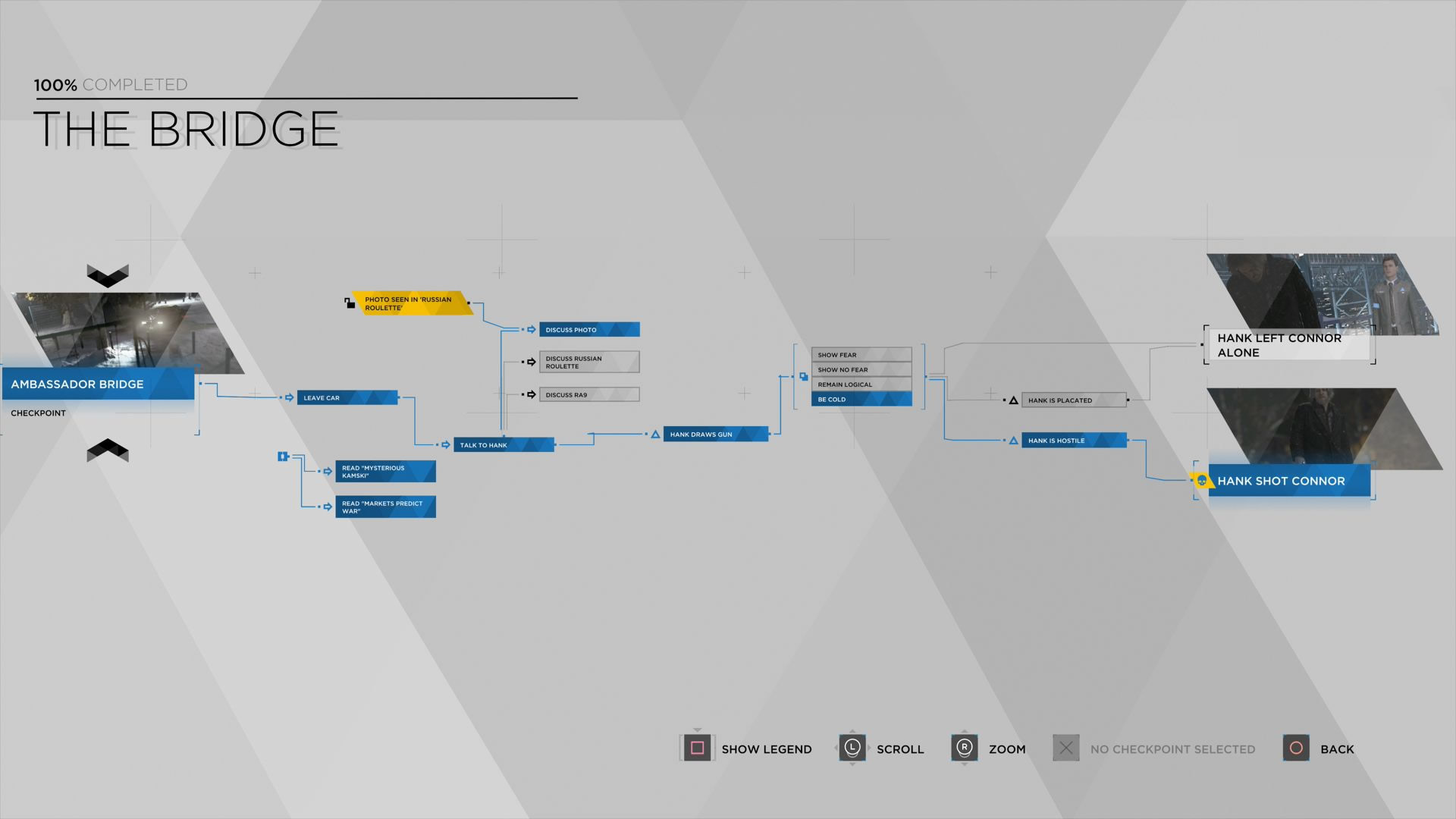 The 100 percent complete walkthrough for The Bridge.

There are two distinctly different endings for the chapter The Bridge, and both are determined by the relationship level between Hank and Connor. Depending on choices made in other chapters like Russian Roulette as well as the dialog choices taken in this one, Hank will either be placated by Connor's responses or become hostile toward him.

The Bridge: All Endings

Hank left Connor alone
Assuming players have increased their bond level with Hank so far, and assuming they don't push him too far during this chapter's different dialog branches, Hank will decide not to kill Connor and instead go get drunk.

Hank Shot Connor
If players haven't been growing their bond with Hank, or if they choose to allow his anger to foster through dialog options, or if they decide to act like the cold, unfeeling machine that Connor is supposed to be, Hank will shoot Connor in the head before sitting down to have a drink.

With the drama within The Bridge out of the way, it's on to the chapter titled The Stratford Tower. Players can stay informed on all of the other mission completion requirements and endings by heading over to our Detroit: Become Human 100 percent walkthrough and guide.