This Weekend in Esports: What to Watch from June 1-3

For this weekend, it's DreamHack Austin, where the best in the world across a variety of esports compete to be the very top players in their game. 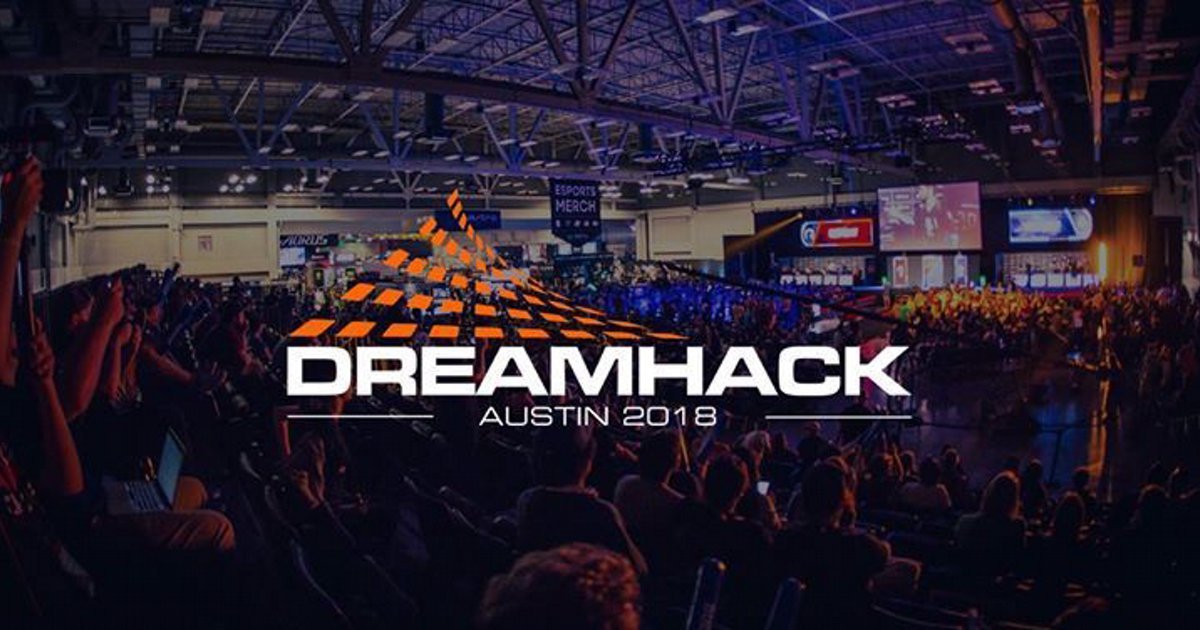 Game: Take Your Pick
When: June 1-3
Where to watch: Twitch.tv/DreamhackCS and a variety of others

DreamHack Austin is the big event of the weekend, where dozens of esports come together for top-level competition. Leading the way is Counter-Strike: Global Offensive, with eight top level CS:GO teams converging to compete for a $100,000 prize pool. While these aren't the most household of CS:GO names, there is plenty to watch for this weekend from these eight teams. OpTic Gaming, for example, enters the weekend with a freshened-up roster and could make a lot of noise this weekend.

If CS:GO isn't your game, look out for the DreamHack PUBG Showdown, where 16 top PUBG teams will compete for their own $100,000 pot. But it should be noted that while five EU, five NA, and one South American squad are all set for the weekend, that still leaves five open spots. Those will be handed out at the BYOC Qualifier on Friday, so be sure to catch that first day of action to see who joins top teams FaZe Clan, Team Liquid, and others.

Blizzard is looking to round out its StarCraft pool for BlizzCon, which means everyone will gather at WCS Austin for a chance to qualify for the big dance. There's a $20,000 prize pool on the line, but more importantly, there's an automatic BlizzCon berth at stake, which will entice top-level talent like Juan Carlos "SpeCial" Tena Lopez, Alex "Neeb" Sunderhaft, Tobias "ShoWTimE" Sieber, Sasha "Scarlett" Hostyn, and Brandon "puCK" Qual. This is the second major in the 2018 WCS Circuit and if it's anything like January's Leipzig event, look for a lot of excitement to unfold.

Hearthstone's always a fun event at DreamHack events and this weekend's Hearthstone Grand Prix will be no exception. This tournament is particularly noteworthy because it's one of the first competitive events to be held after the game's 11.1.1 update, which devastated Even Paladin and took a swing at Cubelock, Quest Rogue, and Spiteful decks. Can the top-level Hearthstone talent like Ryan "Purple" Murphy-Root, Muzahidul "Muzzy" Islam, and Anthony "Ant" Trevino adjust?

And of course, there are an ample number of fighting games that will be contested this weekend. Top-level Street Fighter V and Tekken 7 players are not only competing for their modest prize pools, but they're also jockeying for position in their respective circuits. Du "NuckleDu" Dang, Justin Wong, Victor "Punk" Woodley, and Li-Wei "Oil King" Lin will be among those competing in Street Fighter V: Arcade Edition, while Stephen "Speedkicks" Stafford, Julian "Squall" Jones, and Vante "NG-Obscure" Flint will be among the competitors in Tekken 7.

But what about Smash Bros.? Both Smash Bros. games will have a lot of money on the line, with each game offering a $10,000 prize pool. That's bringing out top Melee players Justin "Plup" McGrath, Ryan "La Luna" Coker-Welch, and Daniel "ChuDat" Rodriguez, as well as Smash 4 top players Jason "ANTi" Bates, Eric "ESAM" Lew, and Ezra "Samsora" Morris.

"Wait a minute," says the hypothetical reader. "With $10,000 pots, shouldn't there be more top-level Smash talent? Where are they?"

I'm glad you asked, hypothetical reader! That leads us to...

With $5,000 pot bonuses, there's plenty of reason for the top Melee and Smash 4 pros to head up to the Kalahari hotel in Wisconsin. Well, it certainly doesn't hurt that there's a water park inside and outside the hotel with swim-up bars. (Hey, that's pretty sweet. I should try and go there myself one of these days. Anyway, where was I? Oh, right!)

Meanwhile, Smash 4 top players Leonardo "MkLeo" Perez, Samuel "Dabuz" Buzby, and Ramin "Mr.R" Delshad will be among those looking take this latest major event. The story of Smash 4 at the moment continues to be the scene's final days before the transition to Super Smash Bros. on Nintendo Switch, as everyone continues to try and solve the Bayonetta problem. But it's not easy with top-level Bayonetta players like defending Evo champion Saleem "Salem" Young, Gavin "Tweek" Dempsey, and Tamim "Mistake" Omary all using this character to her fullest.

Not all of the top Street Fighter V players in the world are in Austin for DreamHack. A handful of players are conspicuous by their absence, but that's because they're in Atlanta for the first weekend of the ELEAGUE Street Fighter V Invitational.

That includes defending EVO champion Hajime "Tokido" Taniguchi and defending Capcom Cup world champion Saul Leonardo "MenaRD" Mena Segundo, who will both be participating in Group A. The idea that both of these titans are in the same group is unthinkable, but the rest of Group A will be looking to advance at their expense. Look out, in particular, for ELEAGUE: The Challenger's Jonathan "JB" Bautista, who made it through ELEAGUE's reality show and will look to make the most of his opportunity.