Following up on Russian Roulette, the Detroit: Become Human chapter titled The Eden Club sees Hank and Connor going to the namesake club in order to continue their investigation. There are four different endings for this chapter, with outright mission failure being one of the options if players meander for too long or decide not to continue the investigation. 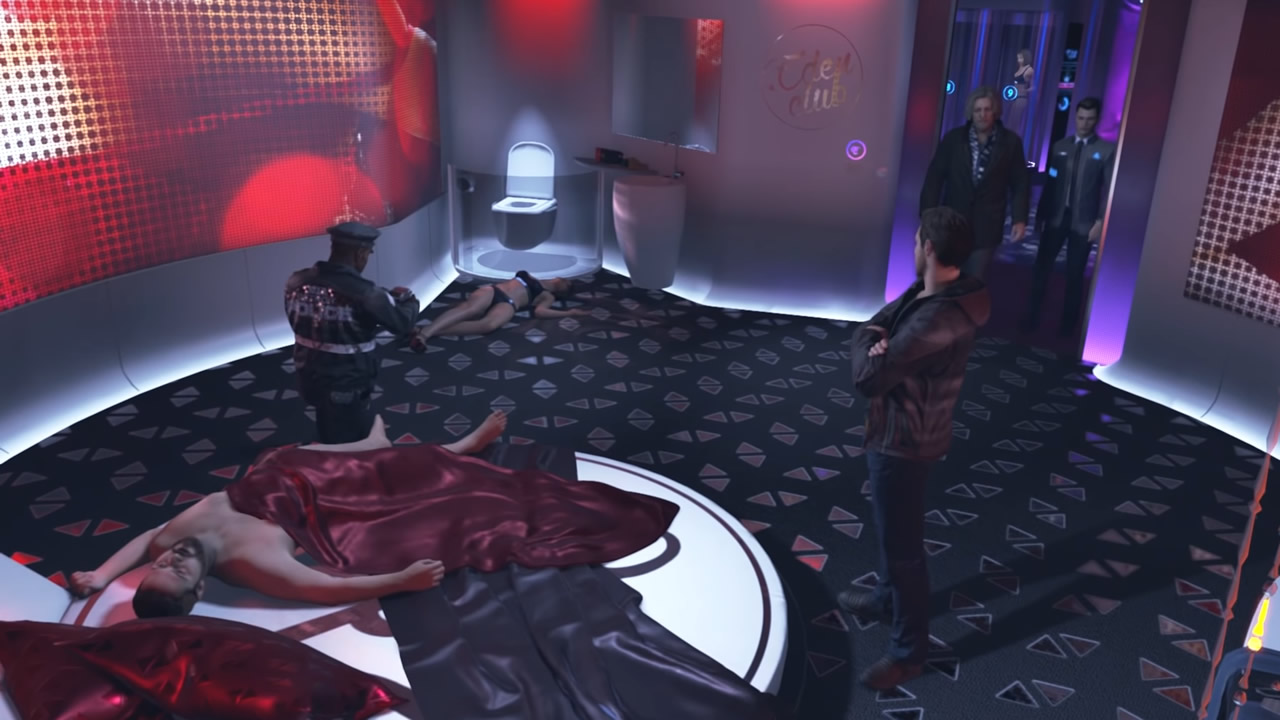 There are several different branching paths in The Eden Club, but most of the important ones center around Connor and Hank's fight with the two deviants. Winning the fight and choosing mercy when dealing with the deviants will result in the chapter's peaceful ending, while choosing alternative approaches with regards to the deviant will likely end both deviants getting shot. Players can alternatively outright fail the mission if they choose to give up.

The Eden Club: All Endings

Mission Failed
The Mission Failed ending will only be unlocked if the player chooses to give up after finding the witness or after beginning the search for the blue-haired deviant.

Deviants Died
Players will only reach this ending if they win the fight with the deviants, then choose to shoot the deviant rushing Connor. Connor will shoot and kill the deviant, then the blue-haired deviant will commit suicide using Connor's gun. This ending will unlock a branch path in the chapter Last Chance, Connor.

Connor Shot Deviants
The ending where Connor shoots the deviants can only be unlocked if players locate the deviants, lose the fight, then choose to shoot the deviants in the back while they're making their escape.

The next chapter of our walkthrough coverage concerns itself with the chapter titled The Pirate's Cove. As always, stay on top of all the different 100 percent completion requirements and chapter endings by heading over to our Detroit: Become Human 100 percent walkthrough and guide.