Nintendo knows people dig competitive gaming, and as such the company is still exploring its options when it comes to esports in general. Speaking during Nintendo's recent monthly earnings report, the company discussed games like ARMS and Splatoon 2 as key parts of a strategy to continue to involve esports and competitive gaming in its future content plans.

"For fans, game contests are more than just a place where they put their practiced skills to the test in gameplay. It is also a place where many people can come together through a single game to socialize and feel the energy of the community," Nintendo explained. "We intend to continue to investigate fun projects, including these sorts of experiences that go beyond gameplay, to keep as many consumers as possible interested in our products and enjoying individual games far into the future." 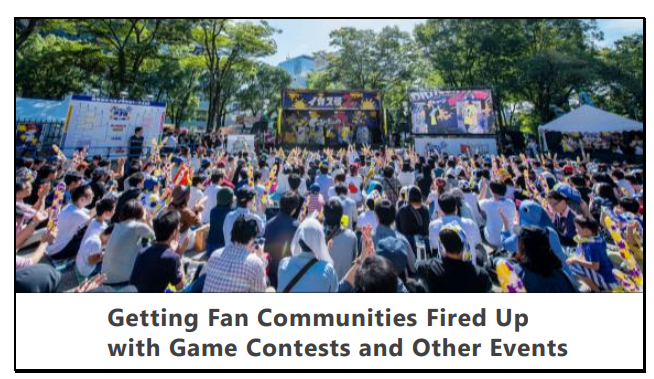 Both aforementioned games were named specifically, having had "large" turnouts at Nintendo-sanctioned events and game contests in the past that "bring game characters to life in the real world." We're looking at June's Nintendo Splatoon 2 World Championship 2018 taking place at E3, which will inevitably draw huge crowds, so it's safe to say this will only bolster Nintendo's plans for similar events to these in the future. If you're still working on sharpening your Splatoon 2 skills, you've got a lot of time left to test them out against other pros, thanks to Nintendo's planned direction.