Where to Find All Muspelheim Ciphers in God of War

As you play through God of War, you’ll get to visit the other realms using the temple in the middle of the lake, though some will be unavailable, at least at the start of the game. One such realm is Muspelheim, a fiery place full of challenging trials. Thankfully, there is a way to reach this area, but it requires finding all four of the Muspelheim ciphers so that Atreus can learn the language and open a path for Kratos.

Where to Find All Muspelheim Ciphers 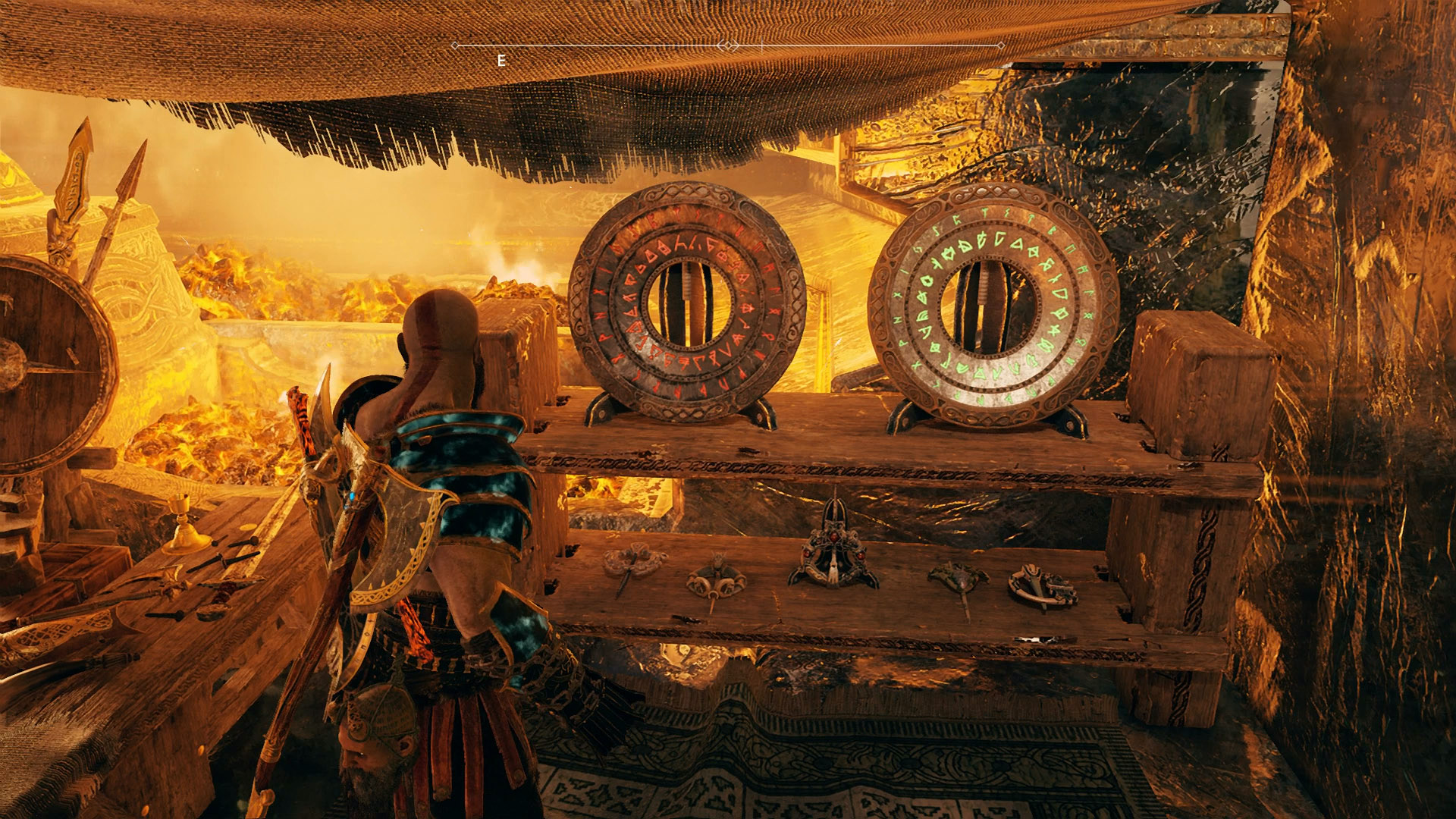 There are four Muspelheim ciphers to find in God of War, and most of them are pretty easy to reach. Despite being easy to reach, one of them requires an ability from further into the game, specifically on your journey to the top of the mountain. Collecting them all is worth the effort, as it not only unlocks a Trophy, but grants Kratos and Atreus’ passage to Muspelheim where you can earn resources to level up the best armor in the game. Though they look similar, the chests that hold Muspelheim ciphers or the Neflheim ciphers aren’t the legendary chests you can collect.

The Muspelheim ciphers can be found in four locations: 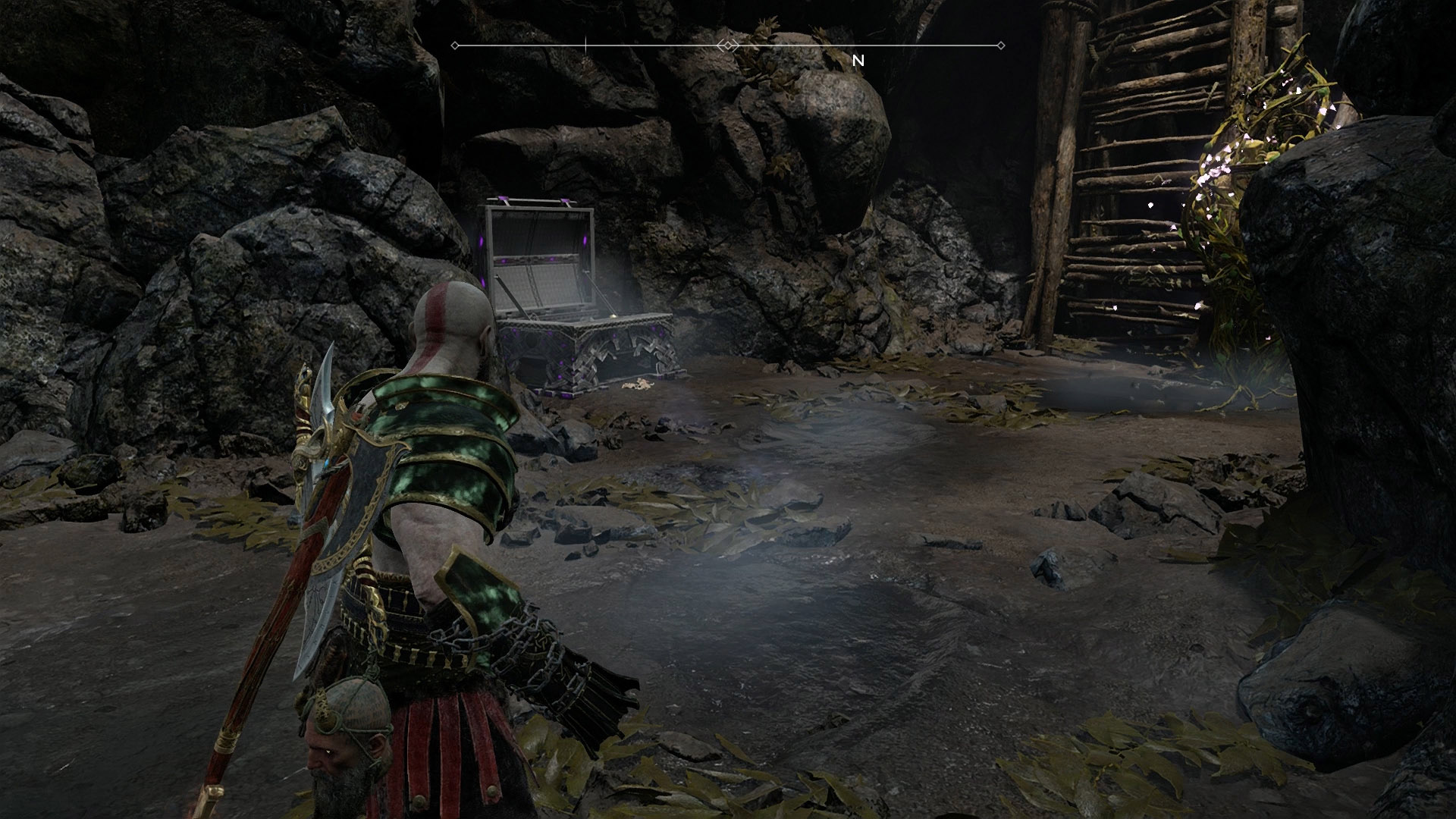 The first Muspelheim cipher in God of War can be found in the very beginning of the Foothills, the area directly across from the center of Tyr’s Temple in the Lake of Nine. This area must be traversed on your way to The Mountain, so you can’t miss it.

Continue through the hallways, freezing the poisonous lamps to avoid taking damage, until you reach a cavern area. Drop down to the lower level to find a chest covered in poison by a nearby lamp. Freeze the lamp and open the chest to claim the Muspelheim cipher. 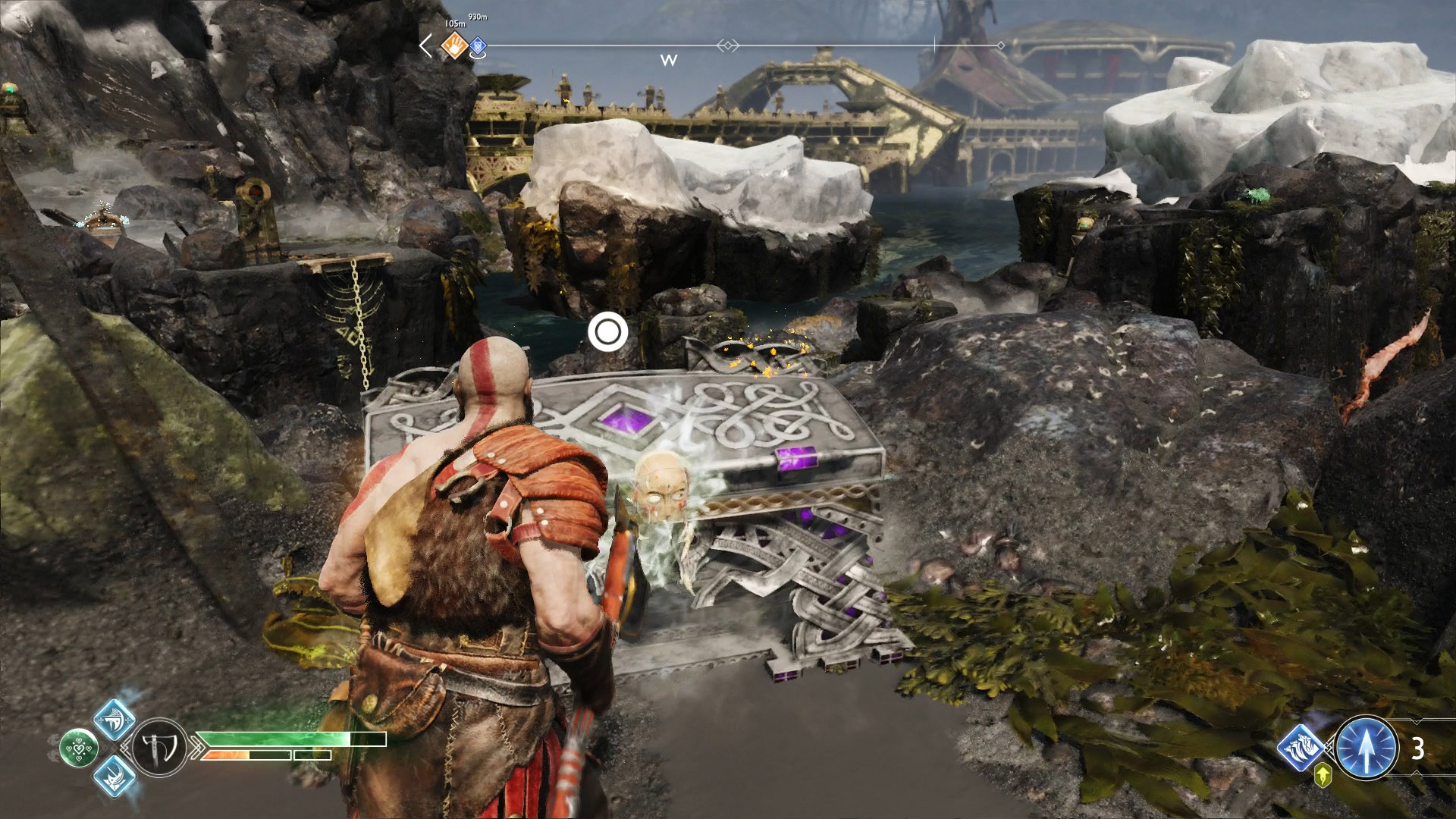 This Muspelheim cipher can be found in the Cliffs of the Raven, small area to the east of the Lake of Nine. Row the boat to the beach, and climb up the back to find a dead troll body. On the cliff wall is a wooden barricade to be broken with the Leviathan axe. Boost Atreus into the hole so he can drop the chain down for Kratos to climb. At the top of the chain is the chest containing the Muspelheim cipher. 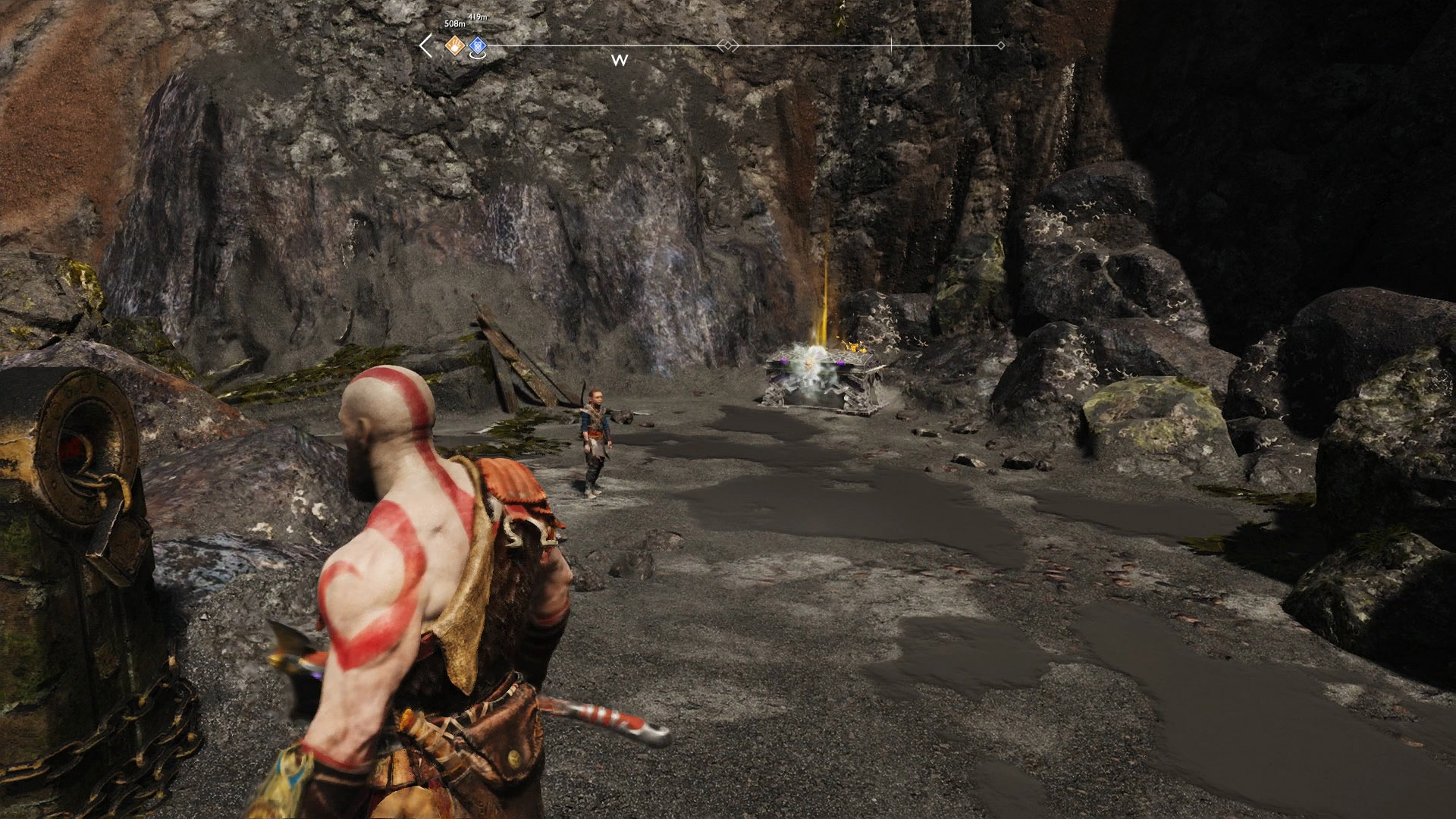 Another Muspelheim cipher can be found around the Lake of Nine, this time in the Forgotten Caverns to the north-west. This area is directly below the World Serpent when the water is lowered for the first time. If you are returning when the water is even lower, you will need to use a nearby cave system to climb up to the right area. Use the chain to scale the cliff, and at the top is the chest containing the Muspelheim cipher. 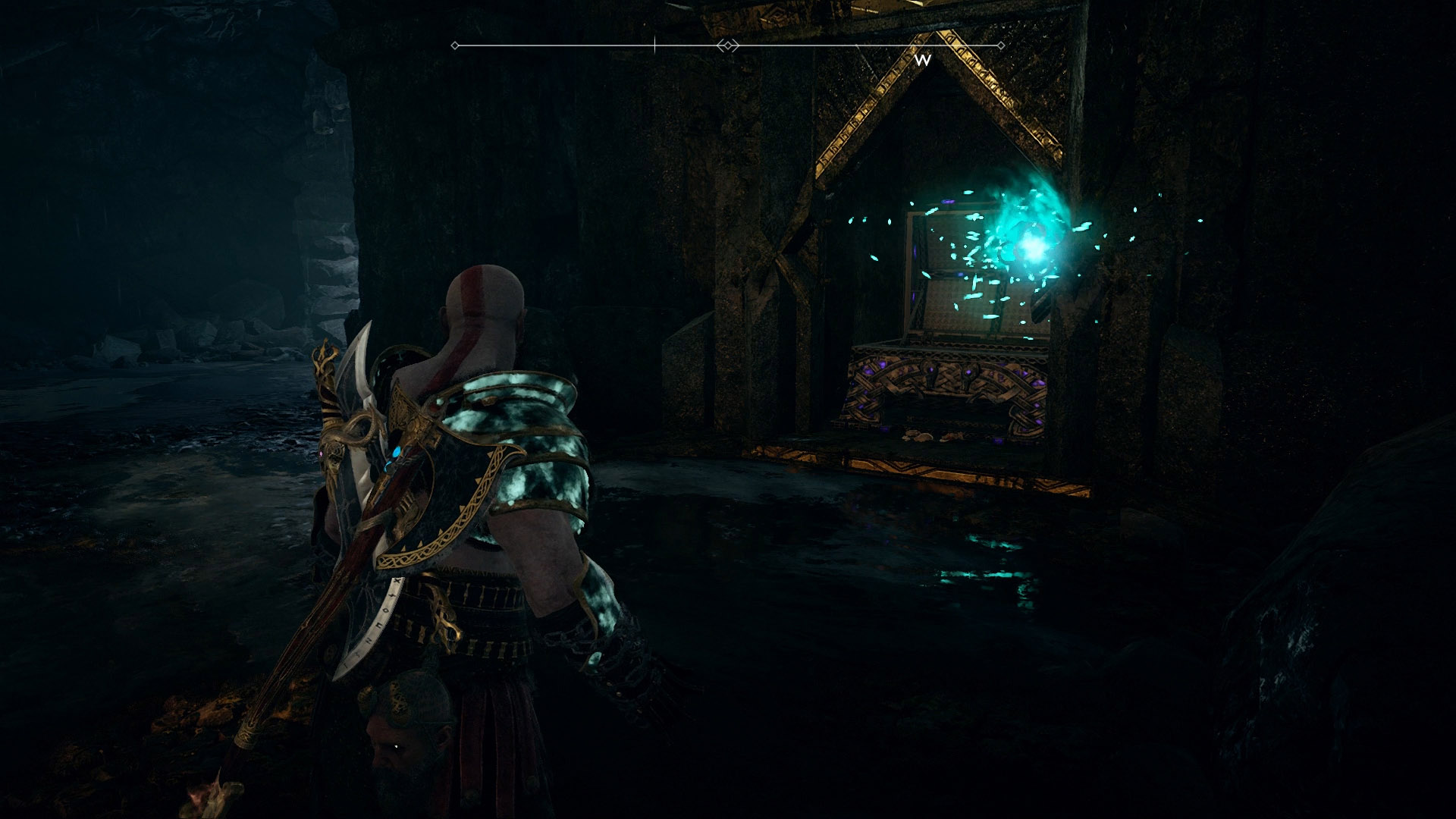 Another Museplheim cipher can be found in The River Pass below the Witch’s house. This one can only be collected when Atreus has the Shock Arrow ability. Ride the elevator up into the cavern, and use the Shock Arrow to clear the World Tree Sap to the right, the legendary chest is around the corner in a room with a Winds of Hel on the wall.

Now that Kratos and Atreus have all four Muspelheim ciphers, they can access the fiery realm of Muspelheim that contains several challenges for them to face. Completing these challenges gets you one step closer to fighting and defeating all the Valkyries, so it’s worth doing. Check out the Shacknews God of War guide for more insights into the various collectibles in the game.