Where to Find All Niflheim Ciphers in God of War

There are a handful of realms to visit in God of War, with two being unavailable until Kratos finds all four pieces of a cipher for Atreus to read. Of these two realms, Niflheim offers one of the best sets of armor in the game, so it’s well worth taking the time to collect all the Niflheim ciphers. Plus, you can unlock a Trophy when you collect all the pieces, so that’s cool.

Where to Find All Niflheim Ciphers 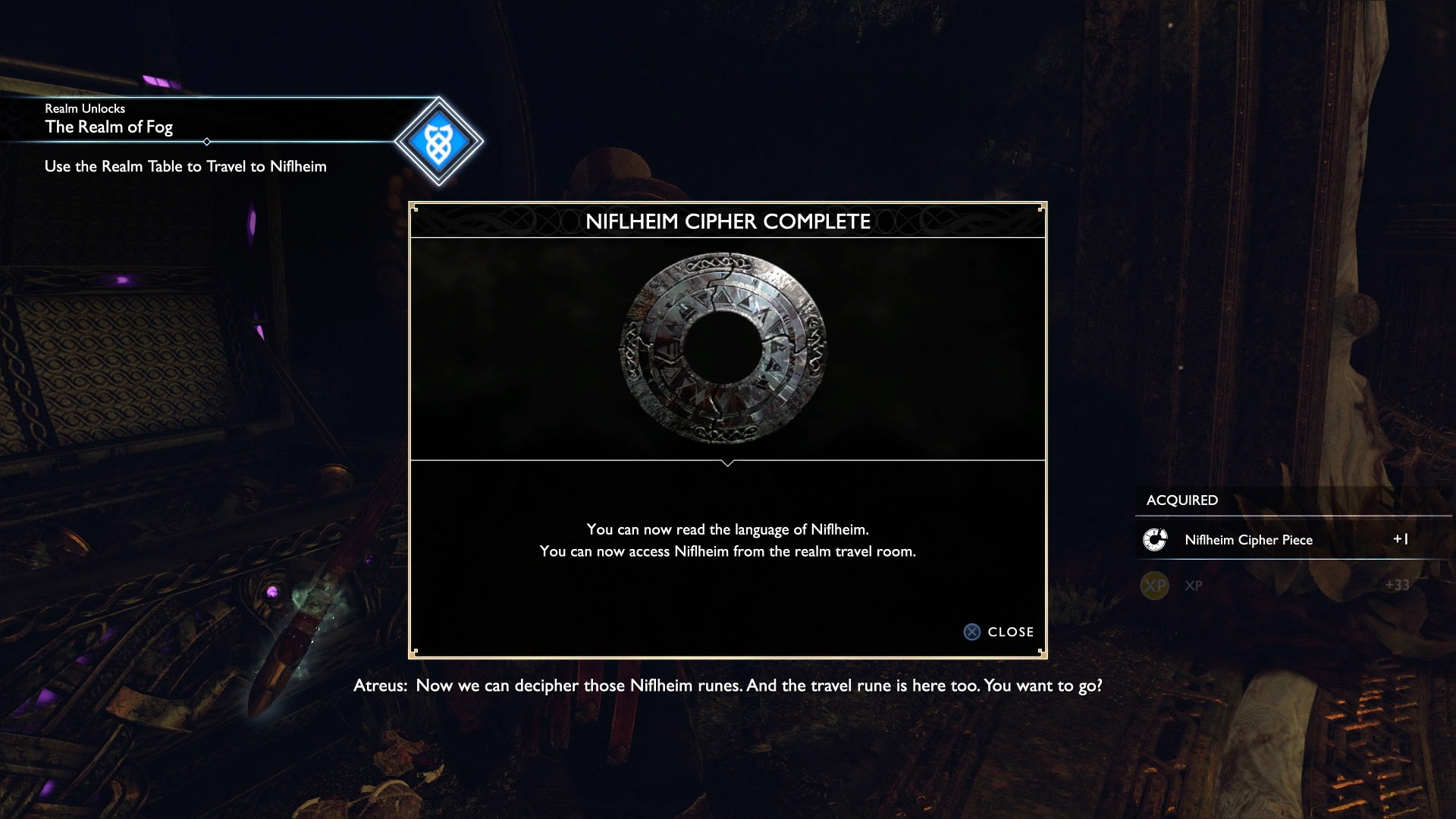 There are four Niflheim ciphers that can be found throughout the world in God of War. Each one is located in a silver chest that looks strikingly similar to one of the many legendary chests you can find. When you find the first cipher, Atreus will suggest trying to find them all so he can read their writing and hopefully unlock the path to that realm.

The Niflheim ciphers are all located in the Midgard realm but a few can’t be found until much later in the game: 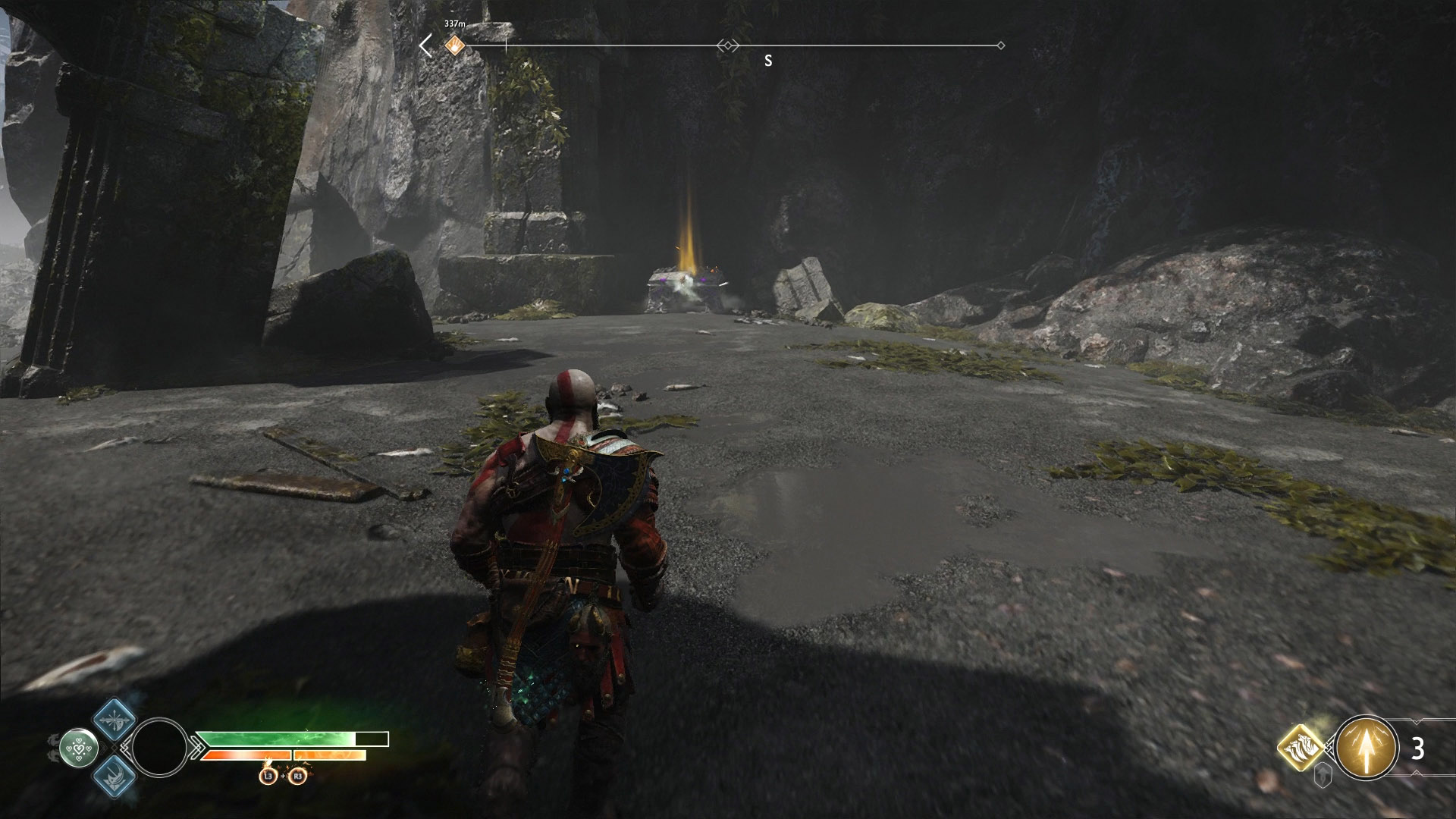 The first Niflheim cipher can easily be found in the Ruins of the Ancients, an area to the north of the Lake of Nine. This area can only be accessed once the water has been lowered for a second time, so if it is currently unavailable, continue through the main story. To reach the cipher, start at the beach, jump over the block directly in Krato’s path and turn slightly left to spot the chest. This area contains a powerful Ancient that must be killed before you can interact with the chest. 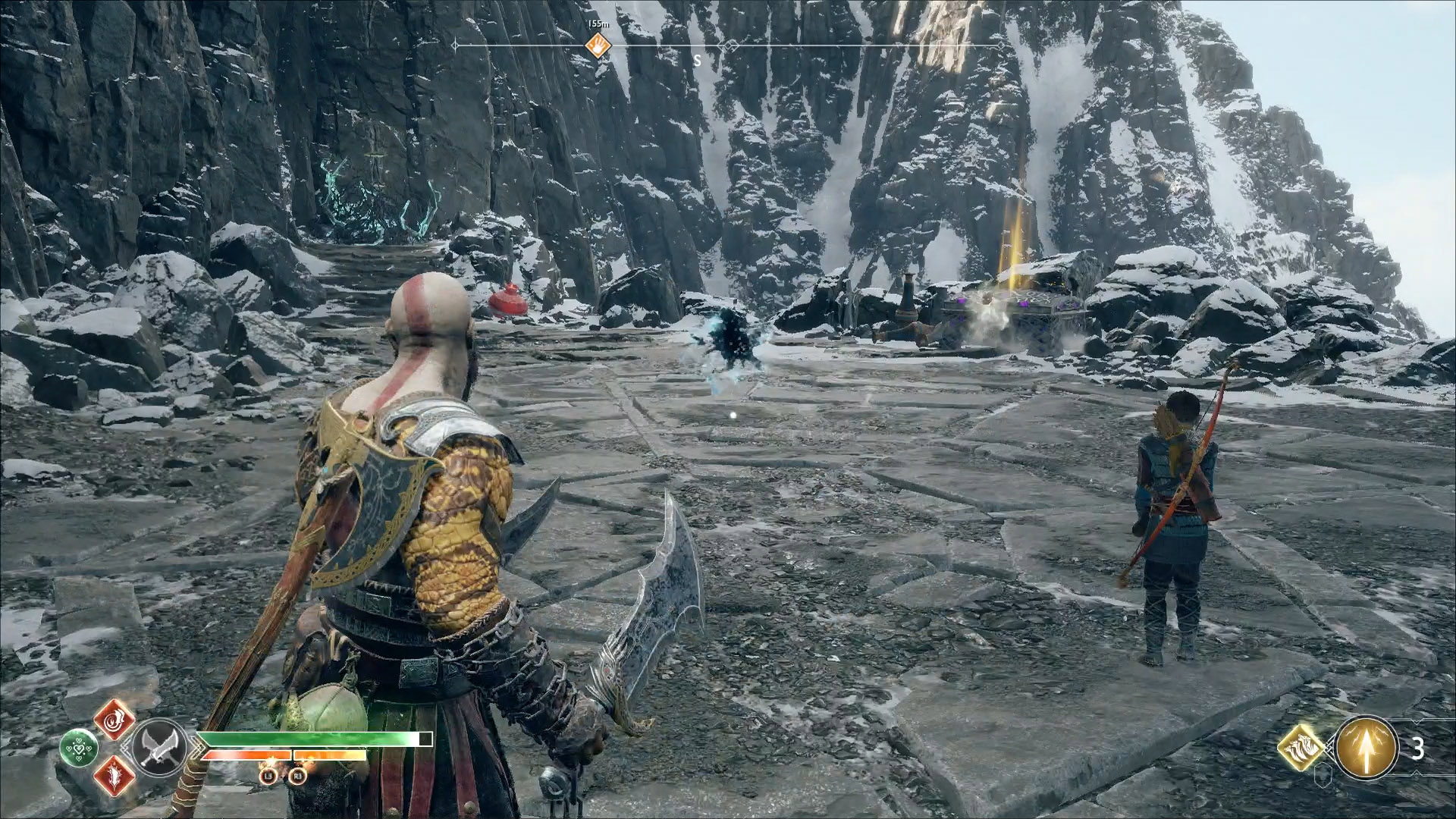 This Niflheim cipher can be found near the top of The Mountain on your way back to the summit. As part of the main story, Kratos and Atreus will need to make their way to the summit using an alternative route through the mountain that delivers them just below the snowy path. After meeting Sindri at his shop near the top, continue outside to an area with a realm tear – the legendary chest is just behind it. This second time through the mountain is also when you can collect the Artifacts you missed the first time. 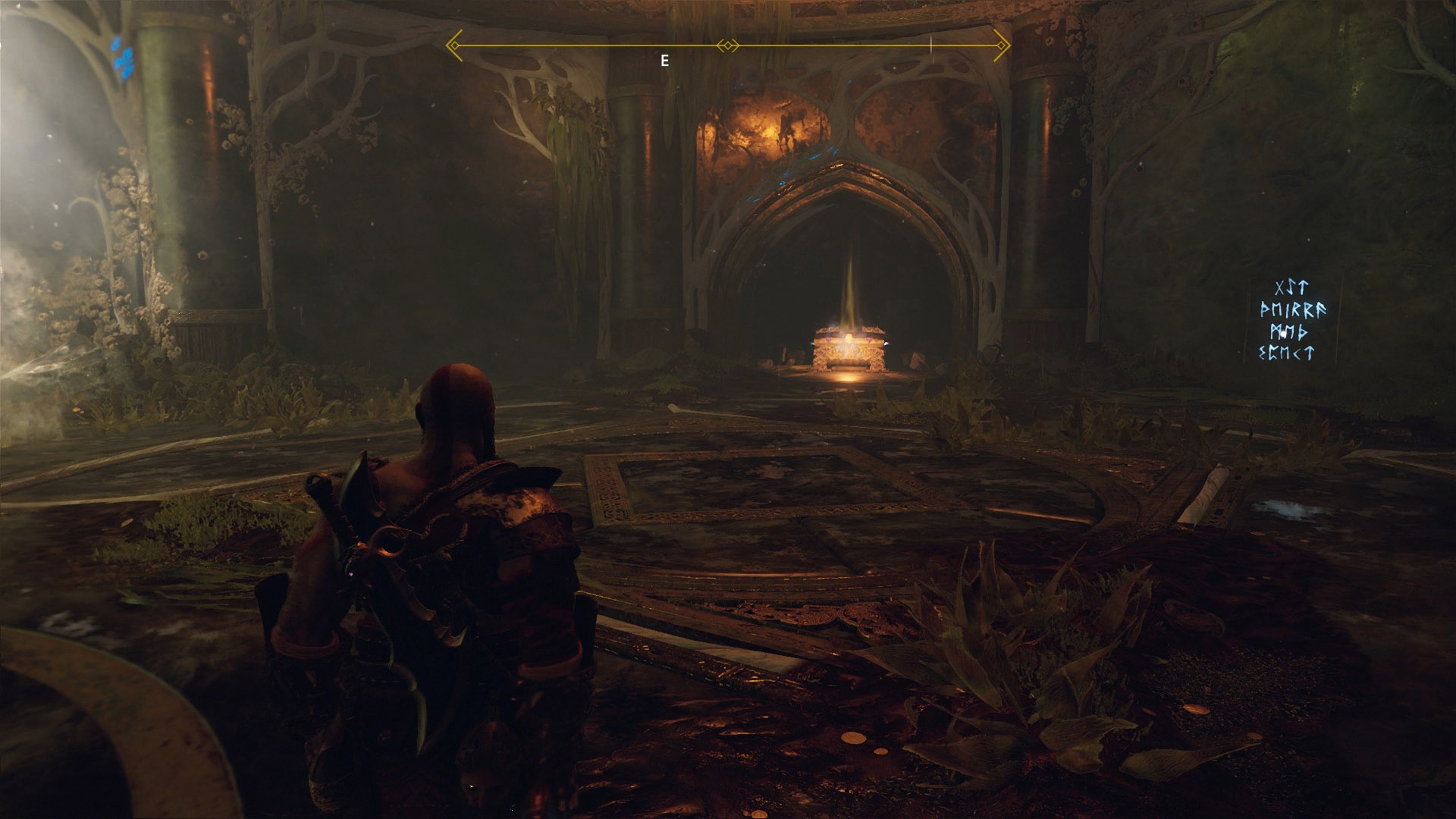 Another Niflheim cipher can be found below the Tyr’s Temple in the Lake of Nine, an area that is only accessible further along the main story. This area tasks Kratos with breaking two chains, one on the left and one on the right, this cipher is found by going to the right-hand side chain. In the room with the chain is a chest containing the Niflheim cipher. 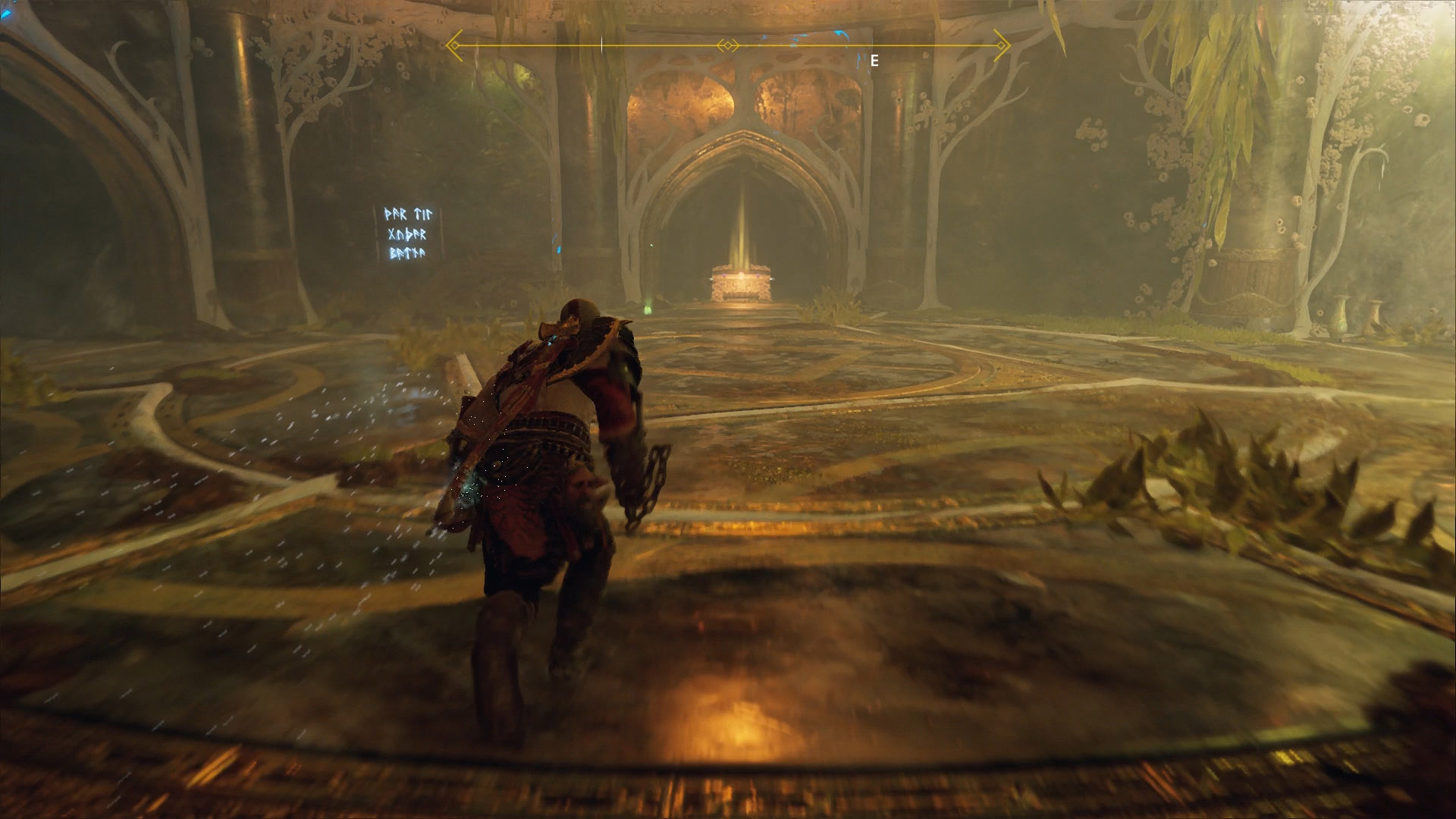 The final Niflheim cipher can be found during the main quest that tasks Kratos with going below Tyr’s Temple in the Lake of Nine and breaking two chains. Make your way through the vault toward the left chain room, as it’s here you’ll find the chest sitting in the wall nearby.

With all four pieces of the Niflheim cipher collected, the Trophy will unlock, and you will now be able to enter the misty realm and take part in the labyrinthine challenge. Make sure you head over to our God of War guide for more walkthroughs and collectible round-ups.