As technology evolves and mankind marches toward a future where many jobs become automated for better or for worse there's bound to some interesting attempts to pave the way for the next generation of consumer-facing mechanics. The latest and most intriguing attempt comes in the form of a state-owned bank in China that has gone all in with on virtual and augmented reality. Located in Shanghai’s Huangpu region, the newest branch of China Construction Bank is an experiment that hopes to be the future of banking.

This new bank hopes to offer up a convenient and personable experience to its users while mimicking a lot of the pay apps and cashless payment systems that modern consumers are used to interacting with. Although it is hard to say how dealing with an automaton would be more personable than dealing with a human being. 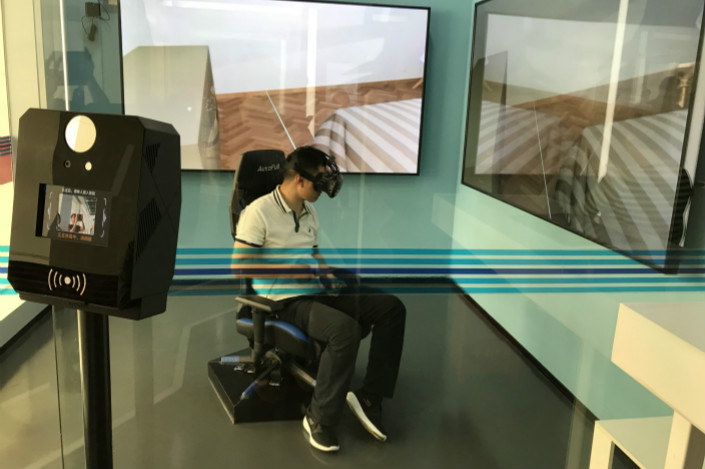 According to VR Focus, customers of China Construction Bank are able to enter the facilities either by using an ID card or through facial recognition tech. Once inside the bank, there is a robot with voice recognition tech waiting to greet costumers and assist them with their individual needs. Along with the robots, there are several computers that patrons can use to change currency and transfer funding between accounts. One of the more interesting amenities though would have to be the VR room for investment clients that can be used to take virtual tours of potential properties to purchase or invest in.

Chairman of Identity International Joseph Atick, who is also a biometrics expert, was rather impressed with the bank's facial recognition tech:

“Through the use of facial recognition, even without a human in the loop, the system can ensure uniqueness of the individual at the time of enrollment and can verify each time the person conducts a transaction that they are who they claim to be.”

Others, like banking technologist Li had trouble seeing the value in the new tech since most of what it seems to offer is a role that's already been filled by various apps and online services: