Aside from Atreus' life, there's little more valuable to God of War players than the game's various crafting materials and Hacksilver currency. Fortunately, Kratos and son can find both by tracking down each of the game's 12 different treasure maps and heading to the locations contained therein. One such map is titled The Hunter's Kingdom, and adventurers will find its treasure hidden in the vicinity of Veithurgard.

The God of War treasure map known as Hunter's Kingdom can be found outside the Lookout Tower, just off the shore of the Lake of the Nine near the area's Nornir chest — chest number six, for those following our Nornir chest guide.

Instruct Atreus to pick up the map, then press and hold up on the directional pad to look at its given image and clue phrase: "Motsognir, ruler of man and beast. I came to his kingdom to learn if he had obtained the ingredients to forge the Armor of Legend. All I found was death and sorrow. I leave this offering in memory of those who suffered in the Dwarf King's quest for glory." 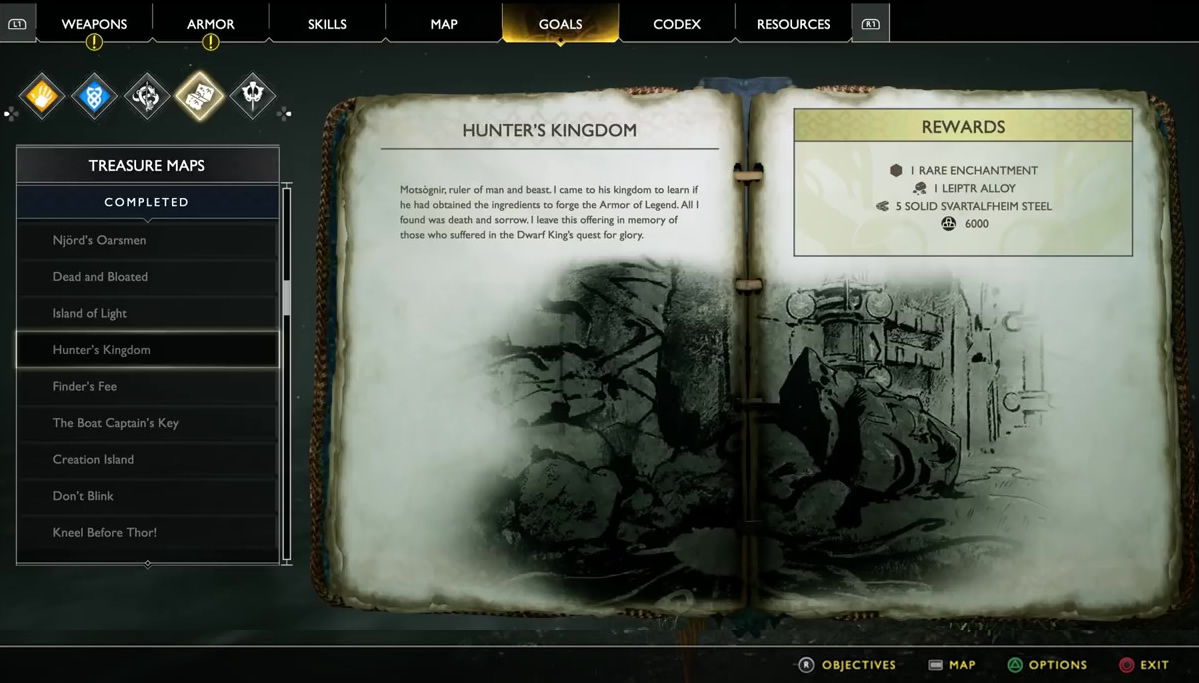 The phrase isn't much to go on, but the image in the map clearly reveals a statue's fallen head resting near its feet. This location can be found within the southern reaches of Veithurgard, east of the Volunder Mines and north of The Mountain. From the water's edge, head up the southern beach toward the temple flanked by statues; the map can be found at the foot of the left-hand statue behind some rubble. 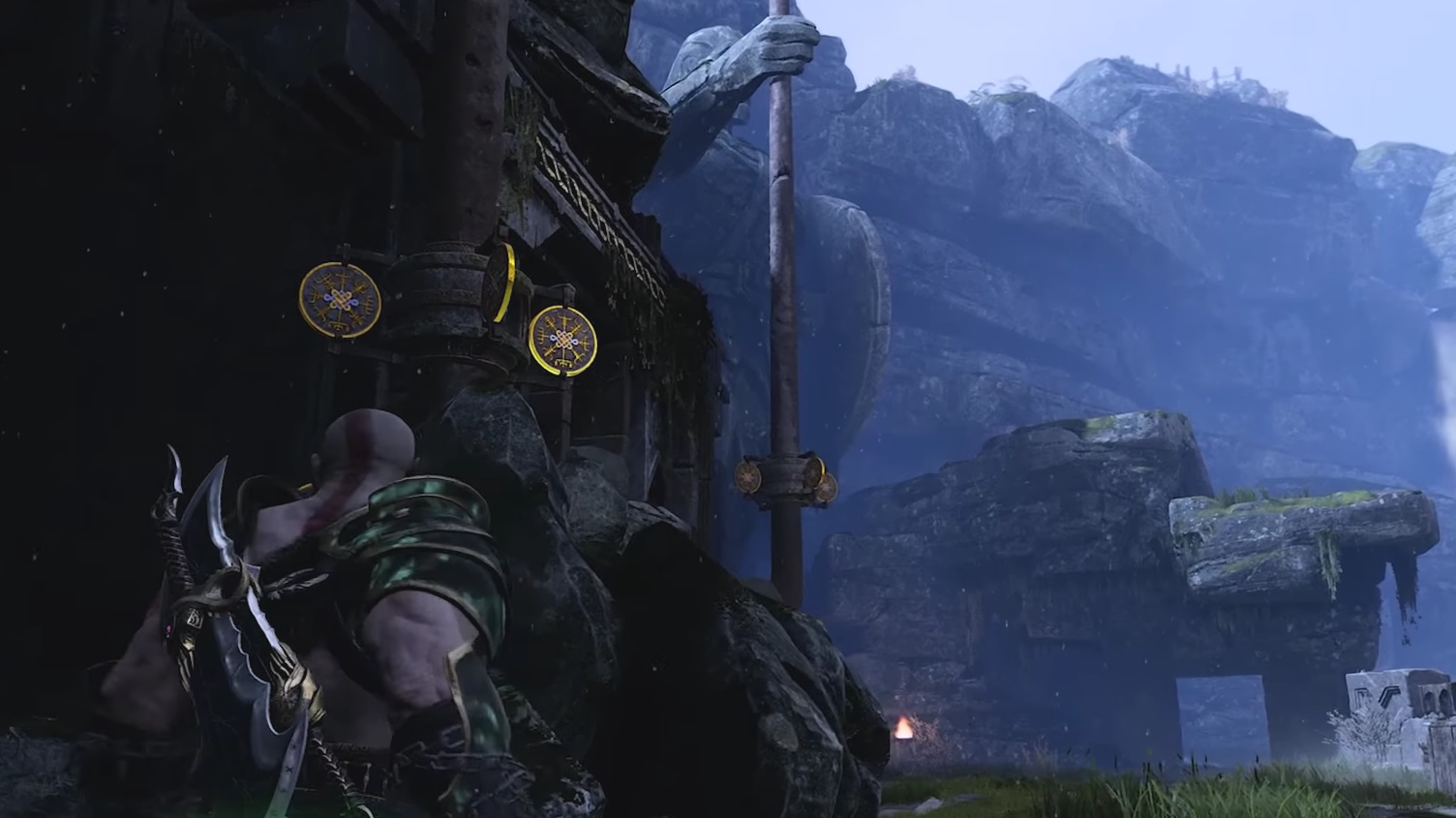 As a reward for successfully puzzling out the map's hidden location, players will score one rare enchantment, one Leiptr Alloy, 5 Solid Svartalfheim Steel, and 6,000 Hacksilver. Don't miss out on the rest of the treasure map stashes — find the locations of these and other collectibles over on our God of War walkthrough and guide.