The Historian Treasure Map Location and Solution - God of War

At this stage in his life, Kratos has acquired more than his fair share of valuable weapons and relics, but that doesn't mean there's any reason not to seek out the other treasures found within the world of God of War. Of particular note are the game's 12 different treasure maps, each of which lead to a big stash of loot, which is why we're breaking down the location for the game's The Historian treasure map as well as its given solution.

God of War's The Historian treasure map can be found within the area known as Ruins of the Ancient, a location just west of the Light Elf Outpost, near the northernmost edge of the Lake of the Nine. At the back of the Ruins in a spot overlooking the waterfalls, look near the rocks and dead fish to find the map.

With the map in-hand, press up on the D-pad to have a look at the key image and read the following clue phrase: "I wished to make a contribution to Fafnir's collection of relics. I arrived to find the door locked and Reavers blocking the way I came. I quickly buried my treasure and hid as fast as I could. If I manage to escape, I'll return to this spot." 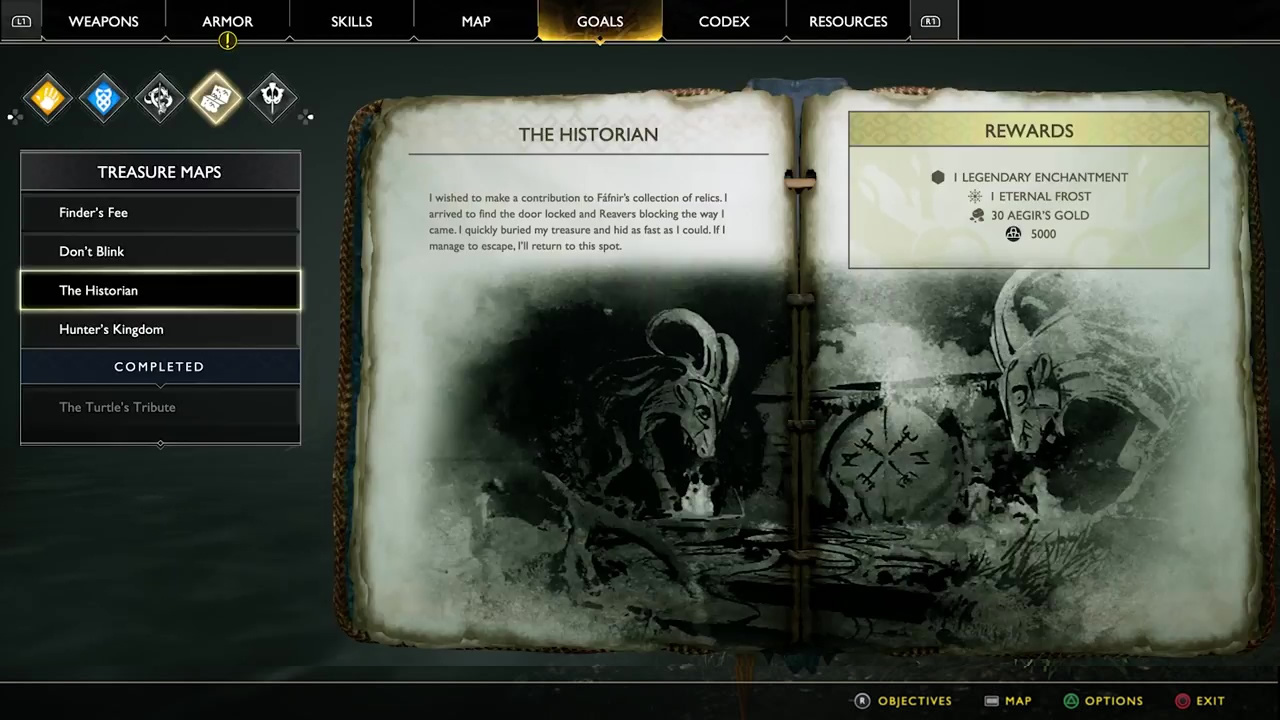 The place referenced in the text is within Fafnir's Storeroom, west of the Forgotten Caverns, in an area not too far from the Don't Blink treasure map location. In the forest near the very back of the area, look for the fallen knight sitting at the foot of a staircase. Follow the staircase up to find the treasure buried near the left fire.

With the search completed, players will be rewarded with one legendary enchantment, one Eternal Frost, 30 Aegir's Gold, and 5,000 Hacksilver. Don't miss out on the rest of our collectibles coverage — head to our God of War walkthrough and guide to learn the locations of all of the game's most valuable acquisitions.

Where to find and defeat Predator in Fortnite

How to transfer Hitman 2 progression to Hitman 3