There is a veritable bevy of different collectibles available within God of War, but none of them are quite so rewarding to track down as the game's 12 different treasure maps. Today we're looking at the Njord's Oarsmen treasure map, which points players toward a stash buried near the oarsmen statues just off the northeastern shore of the Lake of the Nine.

The Njord's Oarsmen treasure map can be located toward the northwestern end of the in-game map, within the location known as the Northri Stronghold. Paddle Kratos' boat through the entrance, then dock it on the other side of the old ship. Take the path to the right, then smash open the wooden plans to get inside the boat and find the treasure map sitting by a slain knight.

Hold up on the D-pad to reveal the map, including its visual reference and the following clue phrase: "On my last voyage, my ship was ravaged by Thor's thunder and storms. I had given up hope when the gentle wind of Njord parted the dark clouds and filled my sails. I have hidden my treasure up high where I can forever row with Njord's Oarsmen." 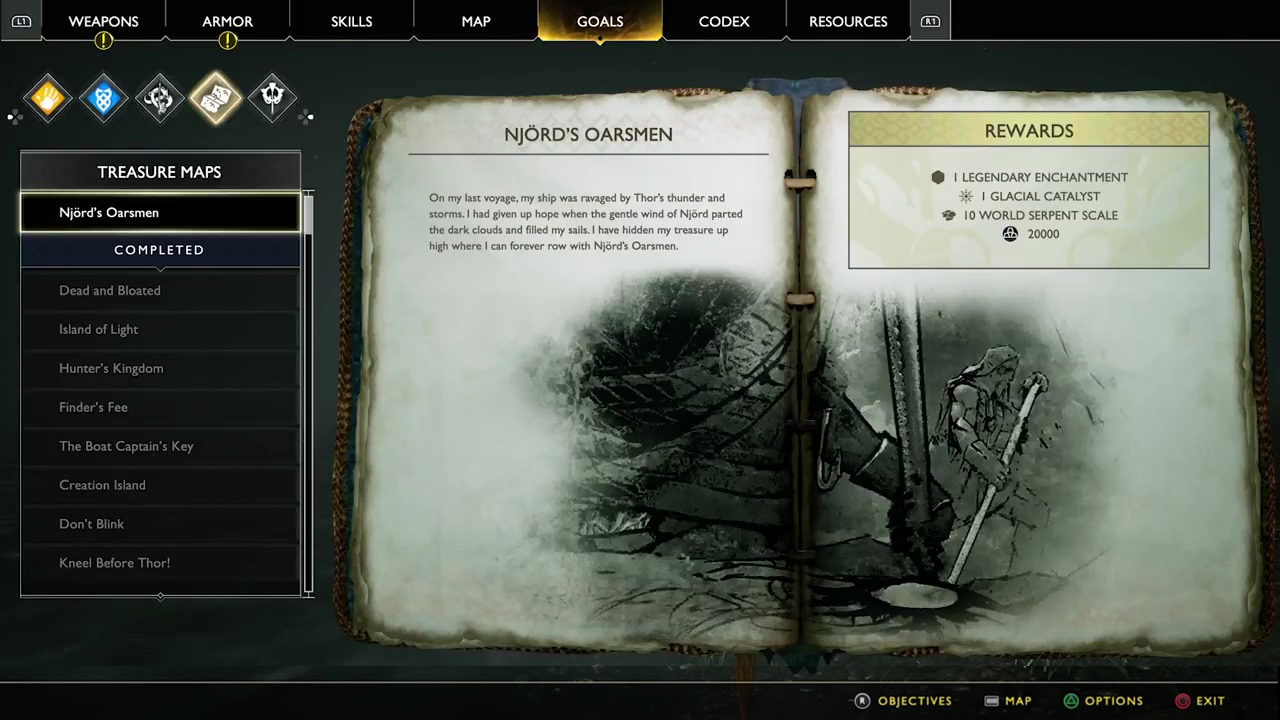 The treasure itself can be found south of the Council of Valkyries, just off the shore of the Lake of the Nine, south of the bridge. Dock Kratos' boat at the shore, then climb the rock wall up and into the cave heading toward the Council. Shimmy across the ledge, then climb the wall on the right side. After that, turn hard right through the cave to find the two statues; the treasure will be buried at the cliff's edge.

For their valiant efforts, players will be rewarded with one legendary enchantment, one Glacial Catalyst, 10 World Serpent Scales, and a wallet-padding stash of 20,000 Hacksilver. To learn more information about the locations and rewards on offer via the rest of the game's many collectibles, be sure to head over to our God of War walkthrough and guide.