There are a lot of rare treasures to be found in God of War, and some of the most sought-after stashes can be found through the game's 12 different treasure maps. This time around we're taking a look at The Boat Captain's Key treasure map, which tasks players with seeking out goods hidden in the area known as the Isle of Death.

The Boat Captain's Key treasure map can be found within Stone Falls, just a short ways north and east of Buri's Storeroom, where players may have already encountered the treasure stash from the Creation Island treasure map. Within Stone Falls, head toward the broken bridge under the waterfall and run west, jumping across the gap to find the map on the ground overlooking the massive double doors.

Use the Dual Shock 4's directional pad to pull up the map and read its clue phrase: "With the Boat Captain in the belly of the Hydra, the key was mine! I traveled to a new land, but my ship wrecked and sunk along with my precious key. It lies just below the waves, perched on an underwater peak." 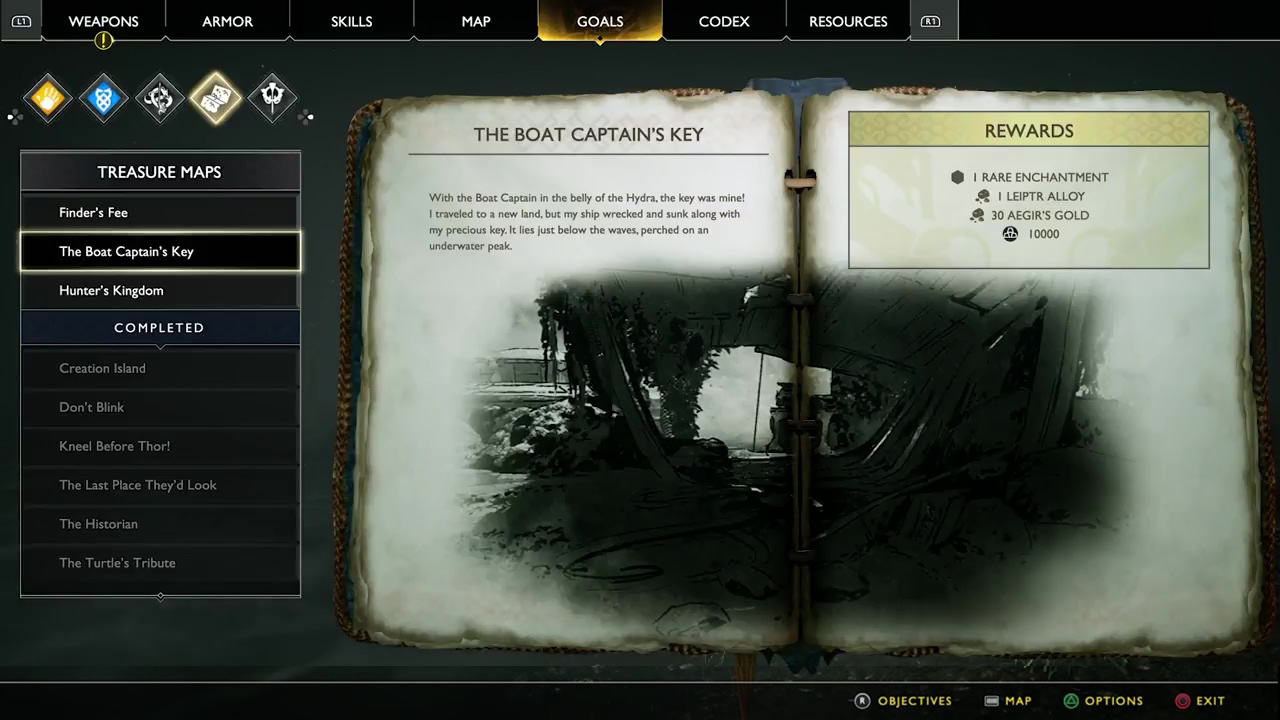 The clue clearly wants players to head toward dangerous waters, in this case the waters just on the western side of the Isle of Death, north of Iron Cove. Dock Kratos' boat, then climb up the rock walls to the top of the island to spot the back half of the ship previously owned by the map's scribe. The treasure will be buried just within.

For cracking the mystery of the Boat Captain's Key, players will be given one rare enchantment, one Leiptr Alloy, 30 Aegir's Gold, and a stately sum of 10,000 Hacksilver. To get up to speed on other treasure map locations and solutions as well as many of the game's other various collectibles, be sure to head over to our God of War walkthrough and guide.