Still jumping around from Xbox Live to Discord while you're playing games? Microsoft wants to put an end to all that with a new collaboration between Xbox and Discord coming soon. As both companies come together to offer another option for players to keep the lines of communication open, you'll be able to link your Discord account to your Xbox account going forward, so you can share what you're playing as well as allow others to hop in the game with you.

While this isn't as convenient as, say, letting you chat with others using Discord, linking your accounts together will help others know when and if you're available in-game to play with others and what exactly you're spending time in. For instance, as the official Xbox blog states, if you're playing Sea of Thieves online, you can allow others on Xbox Live to see that you're online and let them make the decision to join your crew. 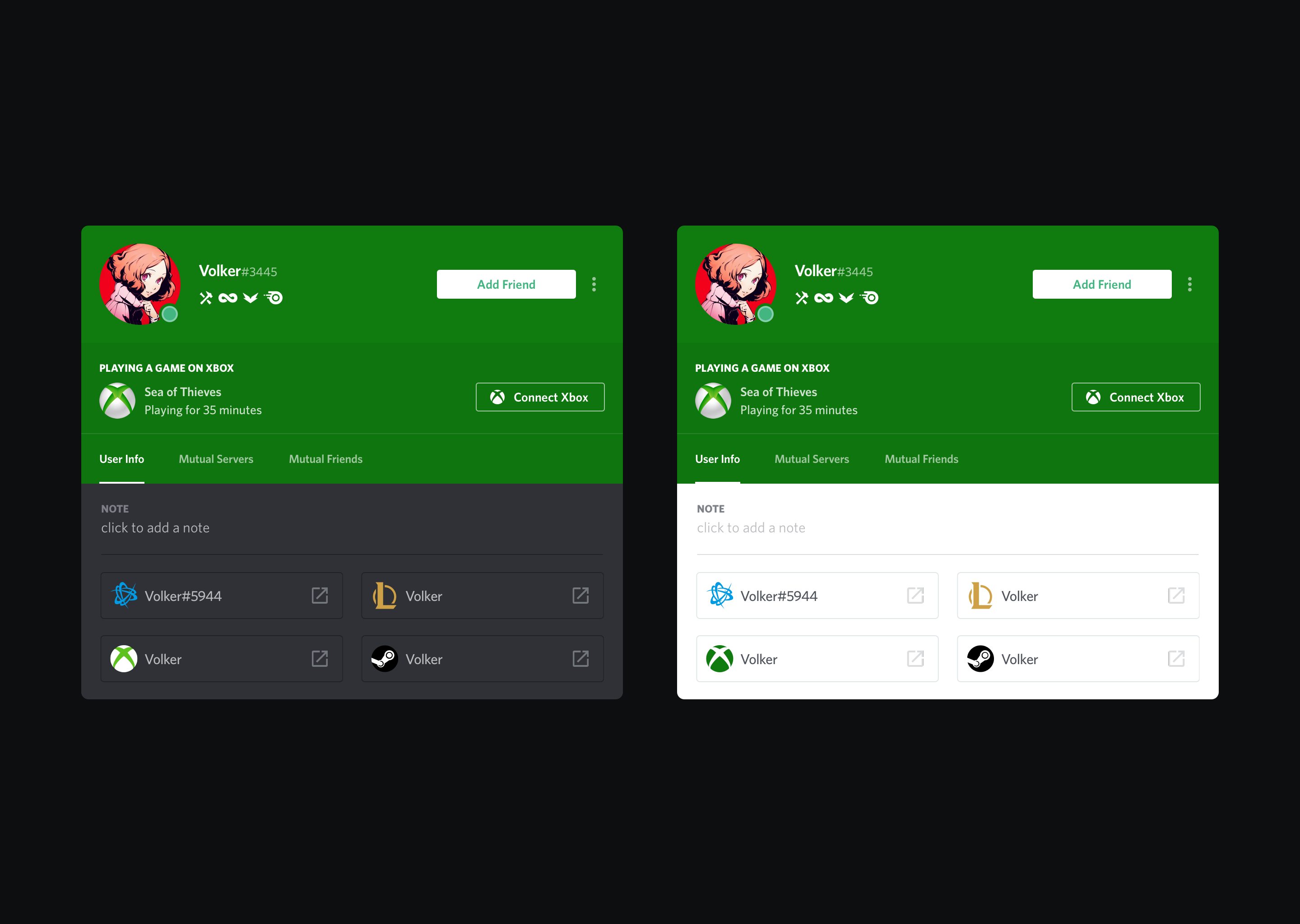 You can also link your accounts vice versa with your Xbox Live account featuring your Discord account directly on your dashboard. It remains to be seen, however, if you'll be able to utilize Discord's chat functions going forward with these new linking tools, but that would make a lot of sense, more than simply having the ability to link together your usernames. You'll be able to test this new functionality out when it's officially rolled out in the coming weeks.