God of War: The Journey - Between The Realms

Before Kratos and Atreus can find an end to their adventure, the duo is tasked with exploring the space Between The Realms. Chapter 14 of our God of War walkthrough follows along as father and son take a plunge into new territory and wind up in the middle of a gauntlet battle with numerous powerful foes.

Explore the Realm Between Realms

Listen to Atreus speak to hear more about the plan so far. Head through the purple-hued door, then cross the light bridge and talk with Brok if desired. After that, head through the portal to enter the realm between realms.

Take the Unity Stone to the Precipice

Once inside, head out to the ledge to trigger a short cutscene involving the Unity Stone.

Kratos and Atreus will arrive in the familiar-looking environment below. The duo will spot a tower out in the distance; head toward it to discover the area formally known as Jotunheim Tower. 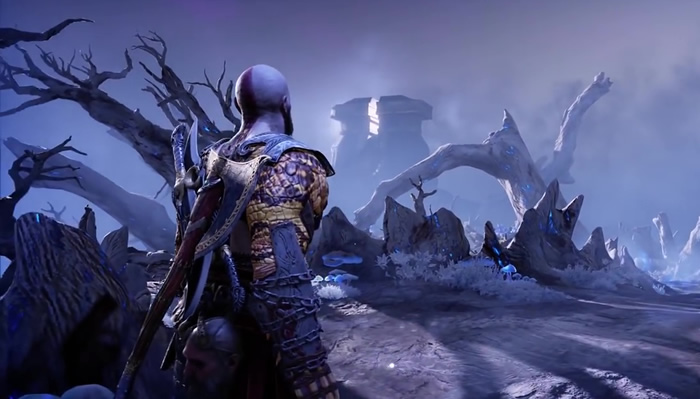 Walk toward the tower and step through the double doors. Within, head to the pedestal in the center of the room and place the Unity Stone onto it.

Use the Unity Stone

With the Unity Stone placed, the pedestal will lower, and Mimir will remark that the tower is absorbing the stone's power. The tower will shake and shimmy, and its doors will eventually open to flood the room with both light and draugr. 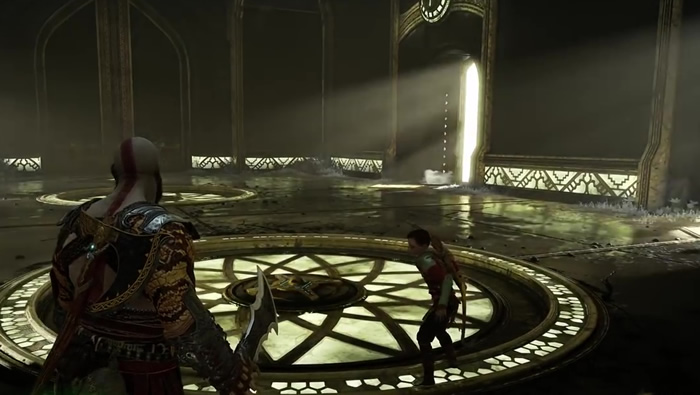 Survive the Gauntlet of Realms

As the objective's title may suggest, Kratos and Atreus will now be tasked with surviving the influx of enemies entering the tower. The initial phase is mainly draugr; take them out through any preferred means. Once the first wave is through, a set of Dark Elves will come out to play to signal the Alfheim phase. Destroy them, taking care not to get flanked when the tower goes dark. 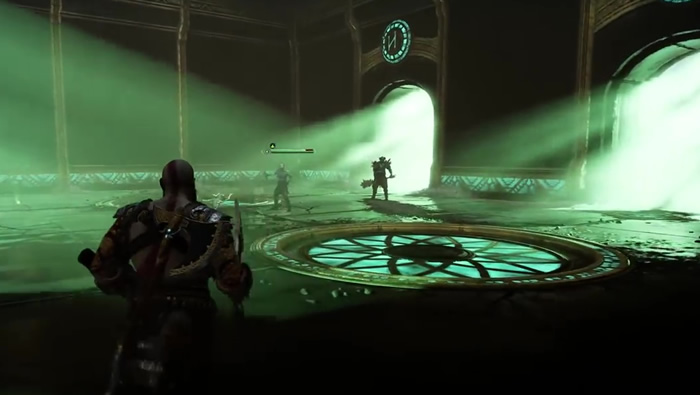 After that comes the Helheim phase, where players will need to fight off more draugr as well as a few more powerful frost-type enemies. Keep the Blades of Chaos handy and dole out damage as needed, saving any available power-up attacks for the final Muspelheim phase, where Kratos will have to fight both an ogre and a troll simultaneously. 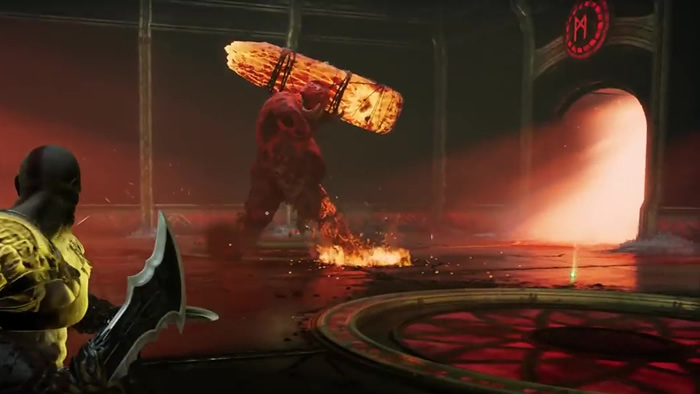 Definitely try to take the ogre out first, using its power if necessary, then focus on the troll Daudi Munr. Once he's been crushed, the gauntlet will be over, and Kratos will be gifted with the Wrath of Artemis.

Walk outside to find Kratos and Atreus back in Midgard. This spells the end of the Between the Realm quest; up next is the mission titled Jotunheim in Reach. To stay current on all of our coverate of Kratos' latest adventure, be sure to stop by our God of War walkthrough and guide hub, where we break down everything from game mechanics to collectibles and more.