Players looking to grab all the possible treasure in God of War would do well to seek out the game's 12 different treasure maps. This guide concerns itself with the Creation Island map location and treasure, where Kratos can score a load of crafting components and Hacksilver for seeking out the stash buried on the west side of the Lake of the Nine.

The Creation Island treasure map can be found within the Iron Cove, one of the more challenging and demanding areas available within God of War. From the shore landing just south of the Isle of Death, head south down the path to spot the treasure map on the ground near some barrels and crates.

Use the D-Pad to bring up the map and have a look at its clue image and phrase: "Why waste a life worshiping those who were created by another? I honor Buri, first among Gods and he from whom the Aesir sprang. I've left him tribute on the island that honors him." 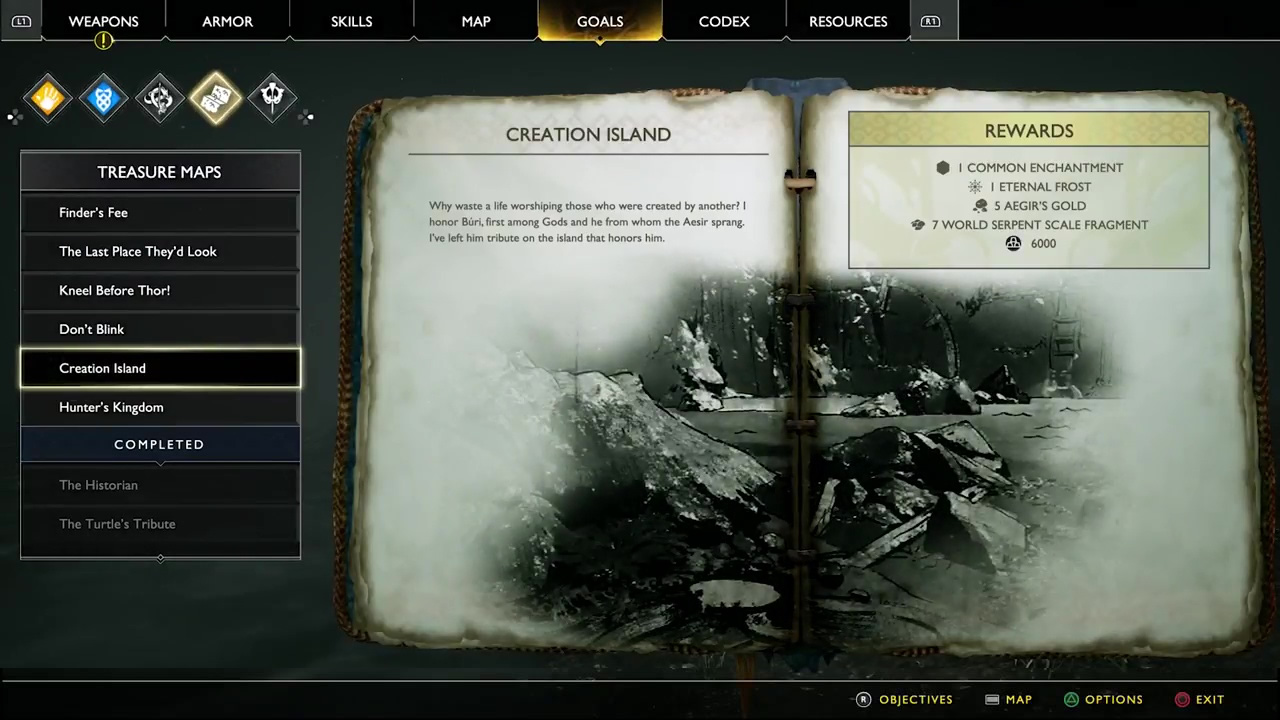 The clue points players toward a fairly obvious location: Buri's Storeroom, on the eastern side of the Lake of the Nine, a short distance north of the Cliffs of the Raven. Fast travel to the Volunder Mines mystic gateway — itself a short ways away from the Dead and Bloated treasure — and go down to the dock and row north to Buri's Storeroom. The treasure is buried on the rear of the island, the side closest to the massive double doors that head to Veithurgard. While here, it's worth collecting the legendary chests on the island.

For all of that hard work, players will receive one common enchantment, one eternal frost, five Aegir's Gold, seven World Serpent Scale Fragments, and a fat purse of 6,000 Hacksilver. To discover more of the rare and valuable collectibles hidden within the game, be sure to check out our expansive God of War walkthrough and guide.