Players who don't mind taking the occasional break to stop and smell the roses will certainly be fond of the treasure maps in God of War. Each of the game's 12 different maps offer a short respite from the adventure by tasking players with puzzling out the location of buried loot. This guide concerns itself with the Dead and Bloated treasure map, including the location of the map itself as well as its promised rewards.

The Dead and Bloated treasure map can be found just north of The Mountain within the Volunder Mines. In the open corridor with the wooden path on the right wall, follow the walkway to a chain that drops down toward a treasure chest. The map will be sitting on the ground to the left of the chest, right in front of an old cart wheel.

Pick up the map and have a glance at its clue phrase: "The troll who killed my kin is slain, but the battle has taken its toll. I've buried whatever I have left near his corpse. Ingrid and I used to frequent this beach to watch the sun rise over the temple." 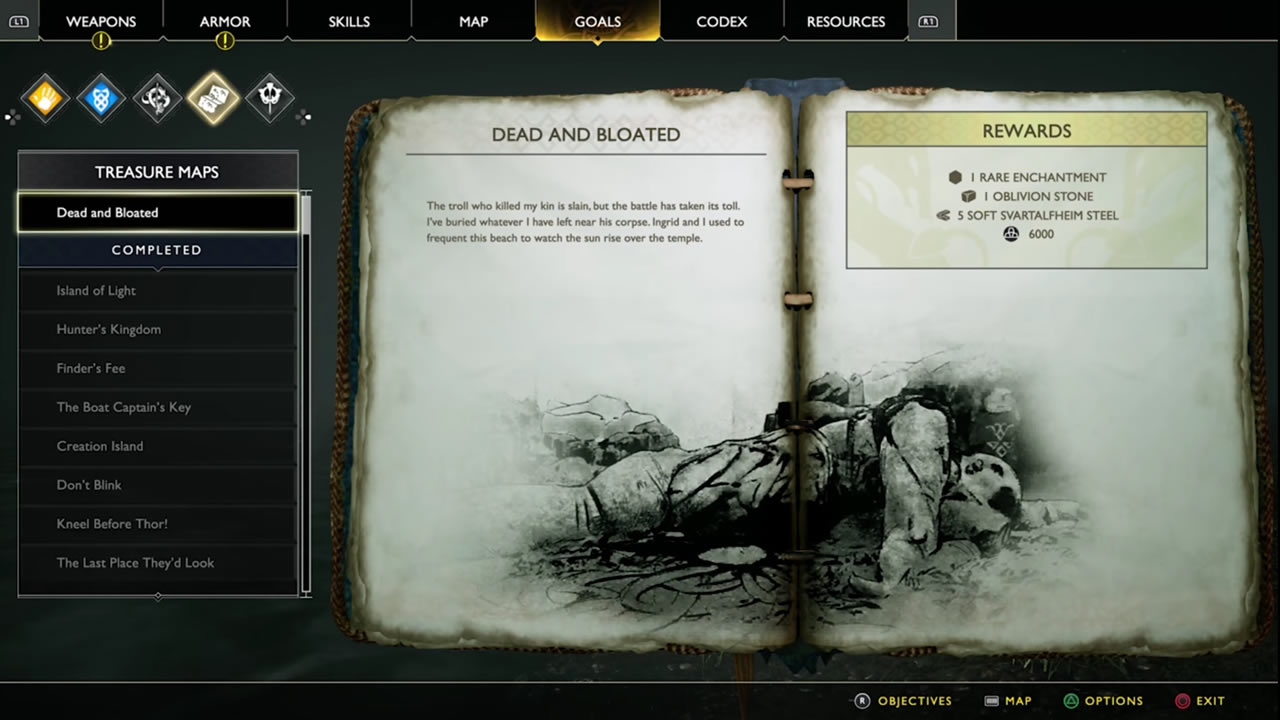 The clue phrase is pointing players toward the Cliffs of the Raven, just east of the mines, only a short distance away from Lookout Tower. Around the very back side of the Cliffs area, head down the chain and walk east to find the massive corpse of the deceased troll mentioned in the note. The treasure will be buried in the ground on the right side of its torso.

As recompense for a proper hunt, players will be rewarded with the legendary Oblivion Stone, plus one rare enchantment, 5 Soft Svartalfheim Steel, and a tidy sum of 6,000 Hacksilver. To stay on top of other God of War treasure maps and collectibles otherwise, be sure to stop by our God of War walkthrough and guide.