It's taken a lot of effort for the developers at Sony Santa Monica to release a game as big and bold as God of War, and those efforts continue in the form of the game's frequent updates. The latest update version 1.12 has arrived, and within it, players will find an all-new option to adjust the game's text size.

The launch of God of War has gone fairly well, though it would be a lie to say the release has gone perfectly smoothly. Though the game seems to run mostly fine for the majority of players, some gamers have been experiencing a number of different issues. Most noteworthy was a problem with the game displaying in the wrong resolution, resulting in black bars on both the top and sides of the screen. This was addressed in the previous God of War update version 1.11. 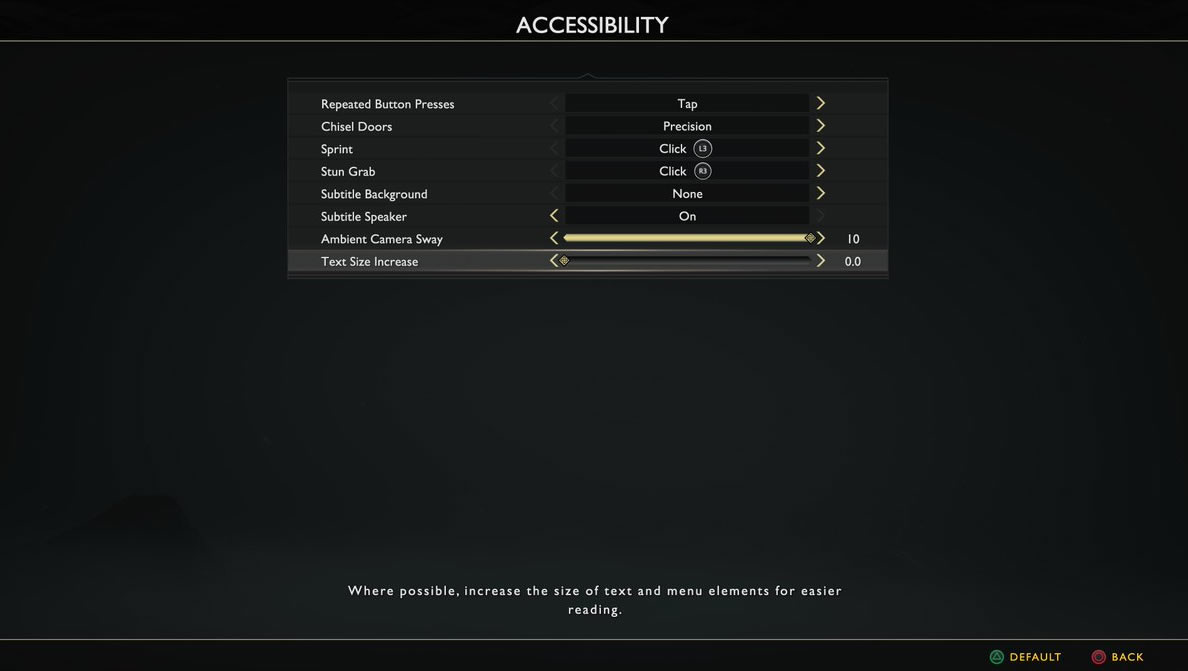 Other players have reported problems with the game's text being much too small, especially and particularly running in the PlayStation 4 Pro's higher resolution mode. This latest patch version 1.12 addresses that specifically, as players who dive into the game's Options and then Accessibility page will now find a new option to increase the text size to suit their tastes.

Jonesing to learn more about the exploits of Kratos and his son Atreus? Head on over to our God of War walkthrough and guide, where we dive into details regarding specific campaign missions and shed light on the locations of many of the game's special collectible items.