God of War: The Journey - The Black Rune

The God of War experience continues in the mission titled The Black Rune. Our walkthrough follows Kratos and Atreus in their search for the namesake artifact, besting a series of puzzles and traps before culminating in a standoff with two powerful bosses.

With Atreus back up and about, hang around Freya's hut to learn more about the game's lore. Once everyone has had chance to speak their mind, head through the door and follow the path to head back toward Tyr's vault.

Return to the Boat

Take the lift down to the lower level, then find the boat sitting on the shoreline. Start to drag the boat back to the water to have a little chat with Atreus. 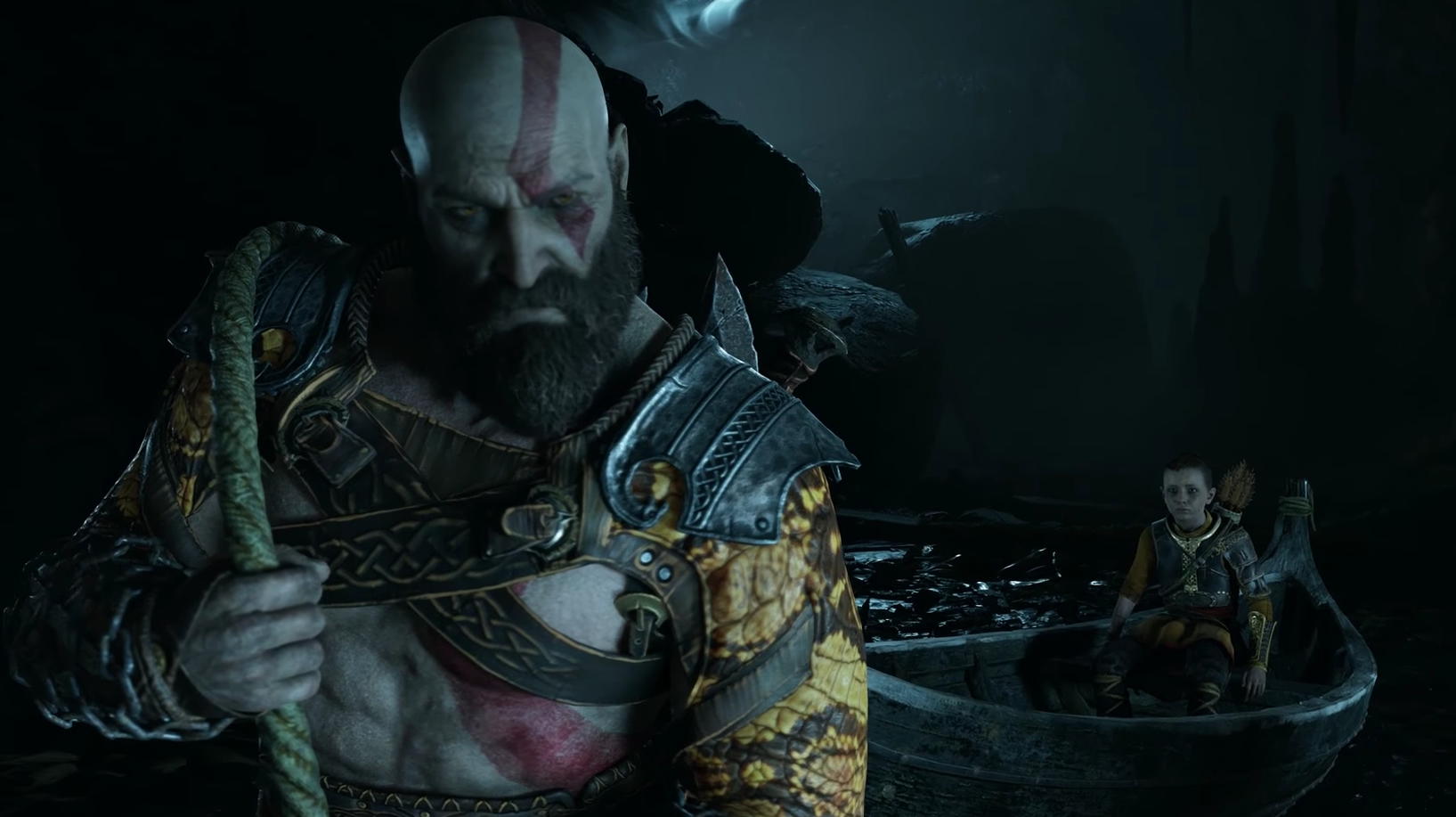 Once the boat is back in the water, start paddling back toward the Lake of the Nine and moor the ship outside Tyr's vault.

Use the Sand Bowl

Now that Kratos and Atreus have returned to Tyr's vault, make another attempt to interact with the sand bowl in the middle of the room. Doing so will prompt Atreus to read out a clue: "Death itself I swallow to spring forth life tomorrow." Look around the different words written on the wall to locate the rune that says Earth. Afterward, the floor of the room will begin to descend.

After the room settles, head the door on the north side to discover the location known formally as Tyr's Vault. Approach the center of the room to watch a series of rings known as the runestone move about, which will lead directly into the next mission objective. 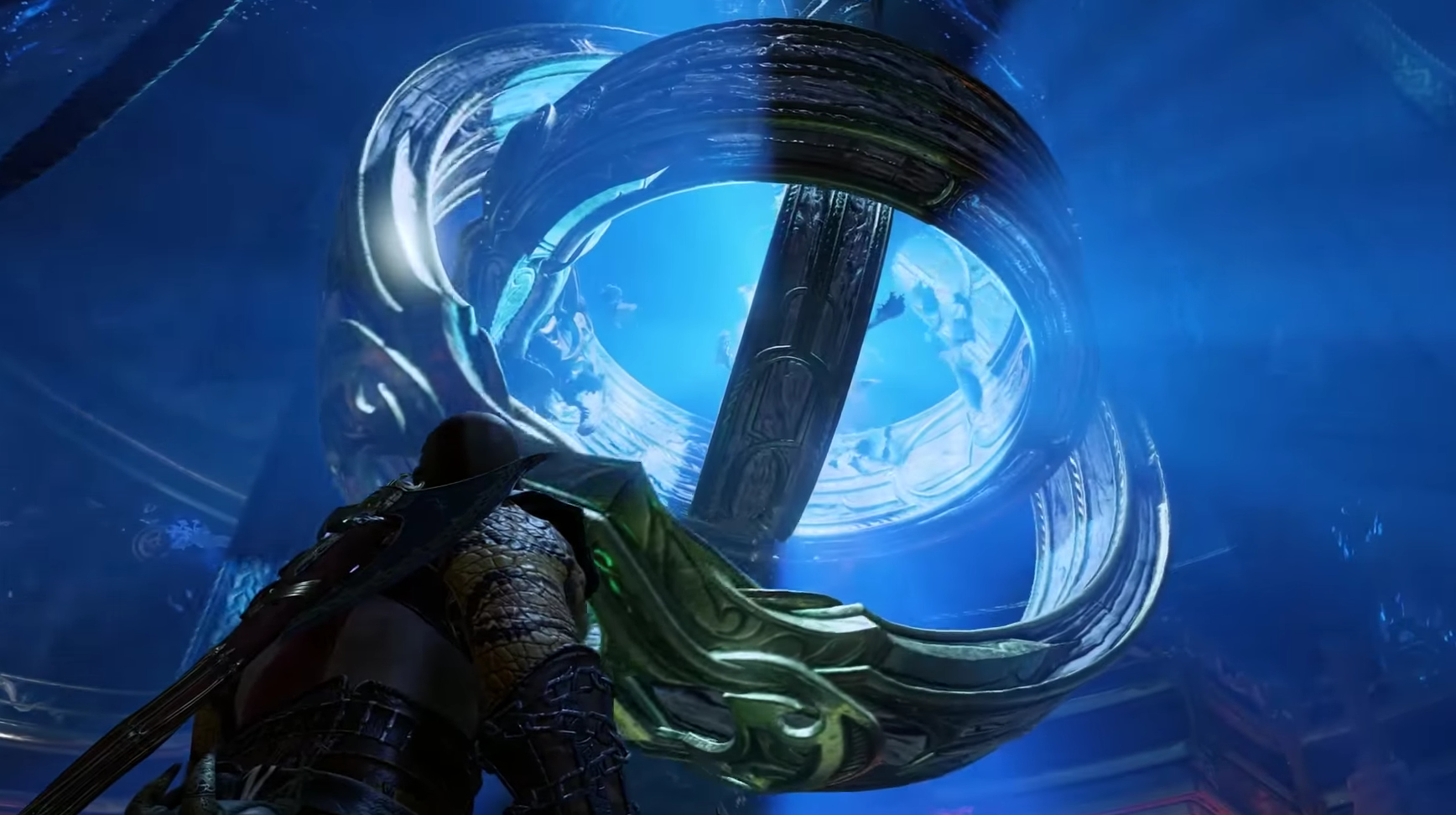 Take aim at the outer spinning ring, then use the Winds of Hel energy on the ball in the adjacent room to have it drop down and disappear. Walk into the other room with the wheel, the interact with it to open a door to a corridor filled with deadly spinning blades. Use the Leviathan axe to freeze one of the remaining blades, then walk into the treasure-filled room at the end of the passage. 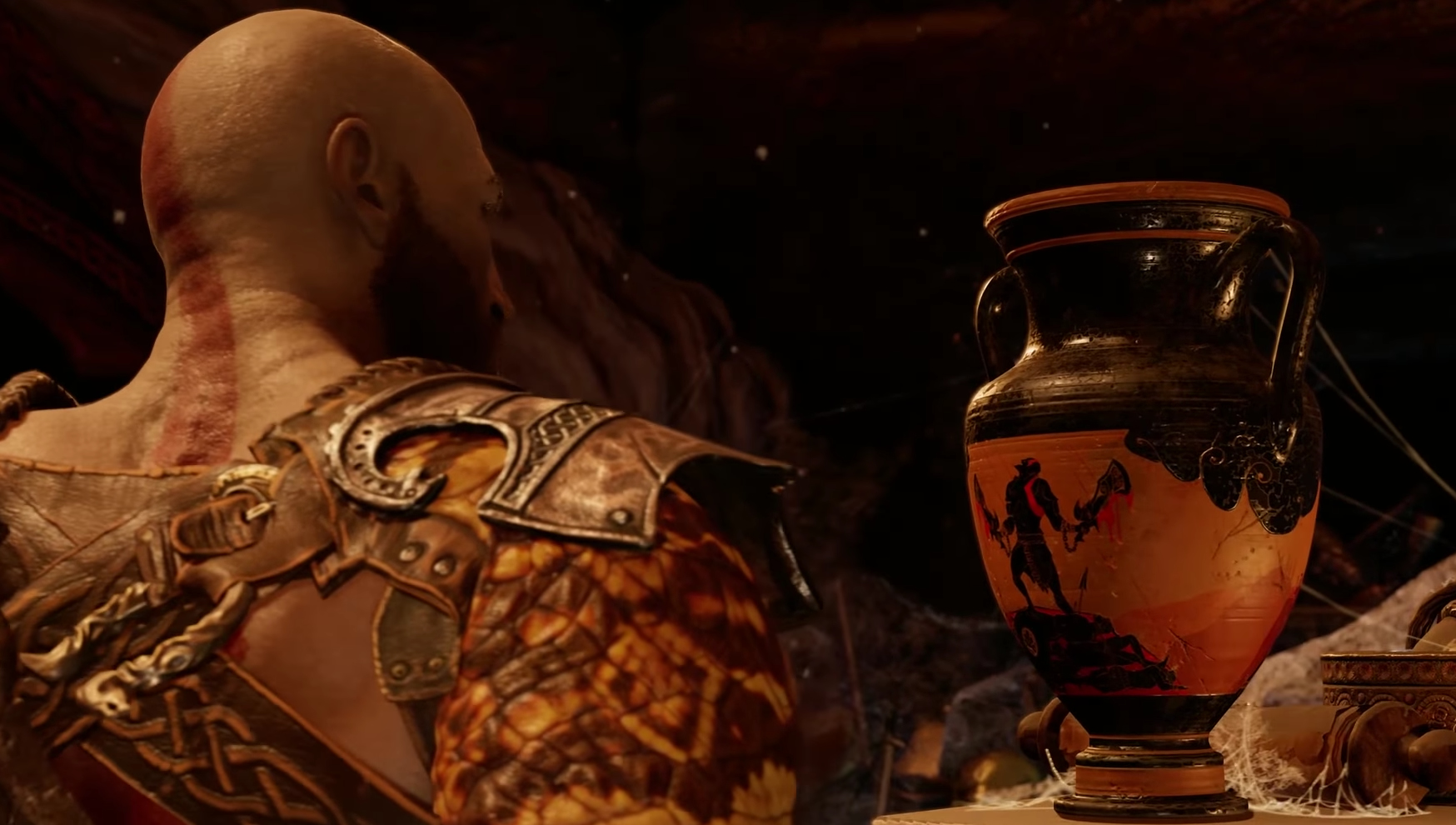 After heading back into the main room, a number of draugr will spawn. Take them out, then grab any loot they may have left behind. With the room now clear, once again use the Winds of Hel with the middle ring, this time using its power to activate the sphere in the newly-opened vault room. A few enemies will spawn, so take them out, then spin the wheel to open up another trapped passageway.

On the other side, once again open the door back into the main room. Head out and climb up a nearby pillar to reach the upper story and get a better look at the inside ring. Take out the draugr, then hit the rings to move them about. Climb down the nearby chain to reach the floor, then hit the outermost ring and use the Winds of Hel energy on the sphere within the most recently opened room. Doing so will bring up yet another wheel, this time one that will lower the runestone.

Kratos will become ensnared by the vault's defenses. To free him, players need to help Atreus solve a puzzle involving three symbols — a sun, a moon, and a shield representing Midgard. Have Atreus pull the left bar to lower the sun, then the right to lower the shield. After that, have Atreus pull the middle bar to have the moon slide to the left. When it's in position, have him pull the right bar again, then the left, then the middle bar. With all of the symbols on the right-hand side, instruct Atreus to pull the right bar to drop the sun, the middle to slide the other two to the left, then the right to raise the sun back up. 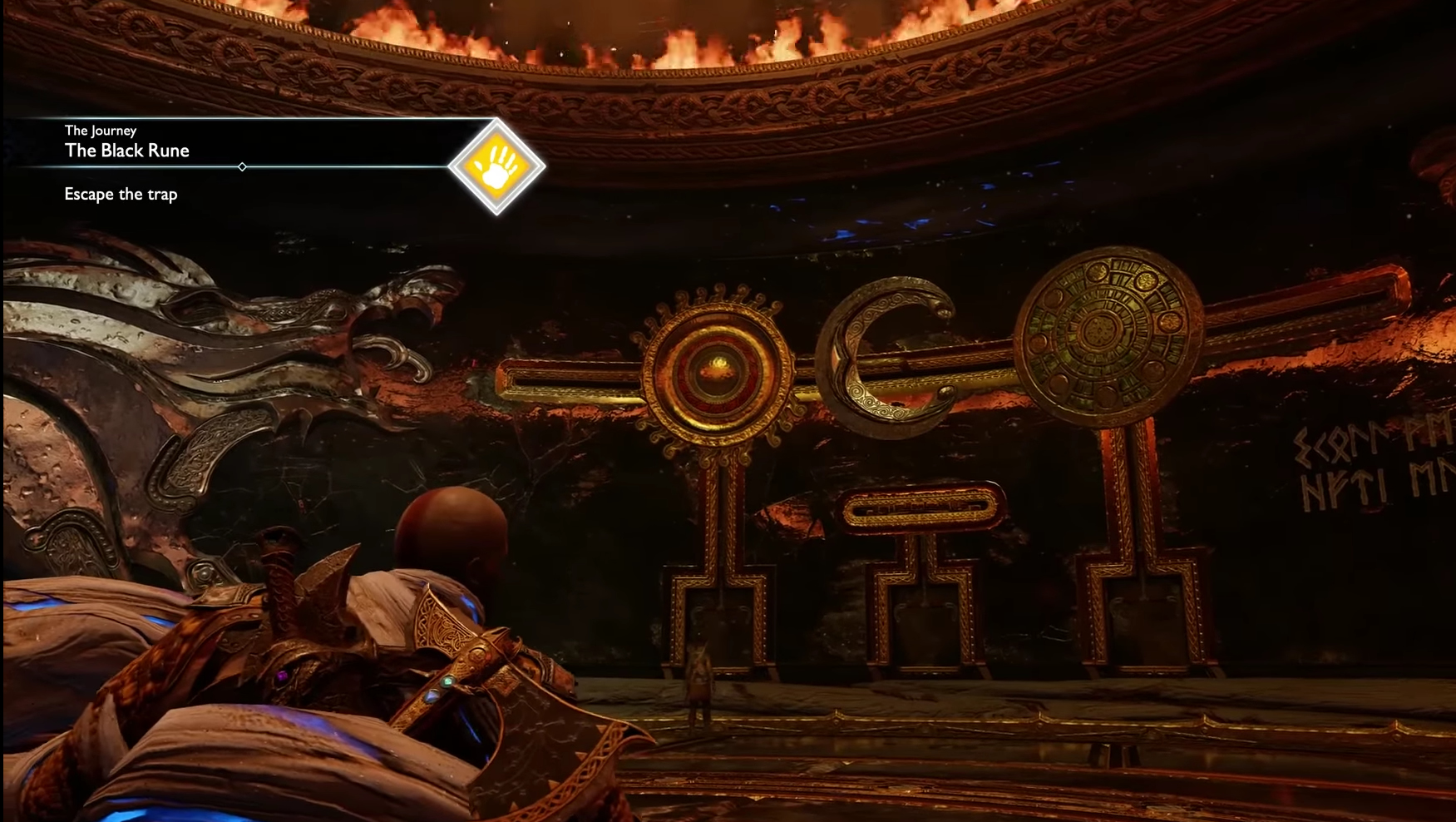 With the symbols in their proper sequence, the room will drain. Kratos isn't out of the water yet, though, as the floor panel begins to rapidly ascend toward a spike-filled trap. Here Atreus earns his keep, stopping the mechanism and freeing Kratos.

Head back into the main room and climb the chain down to the ground floor. With the area's defenses deactivated, the Black Rune will float while smoking menacingly in the center of the room. Before grabbing it, Kratos and Atreus will have another talk, so sit back and enjoy the cutscene. 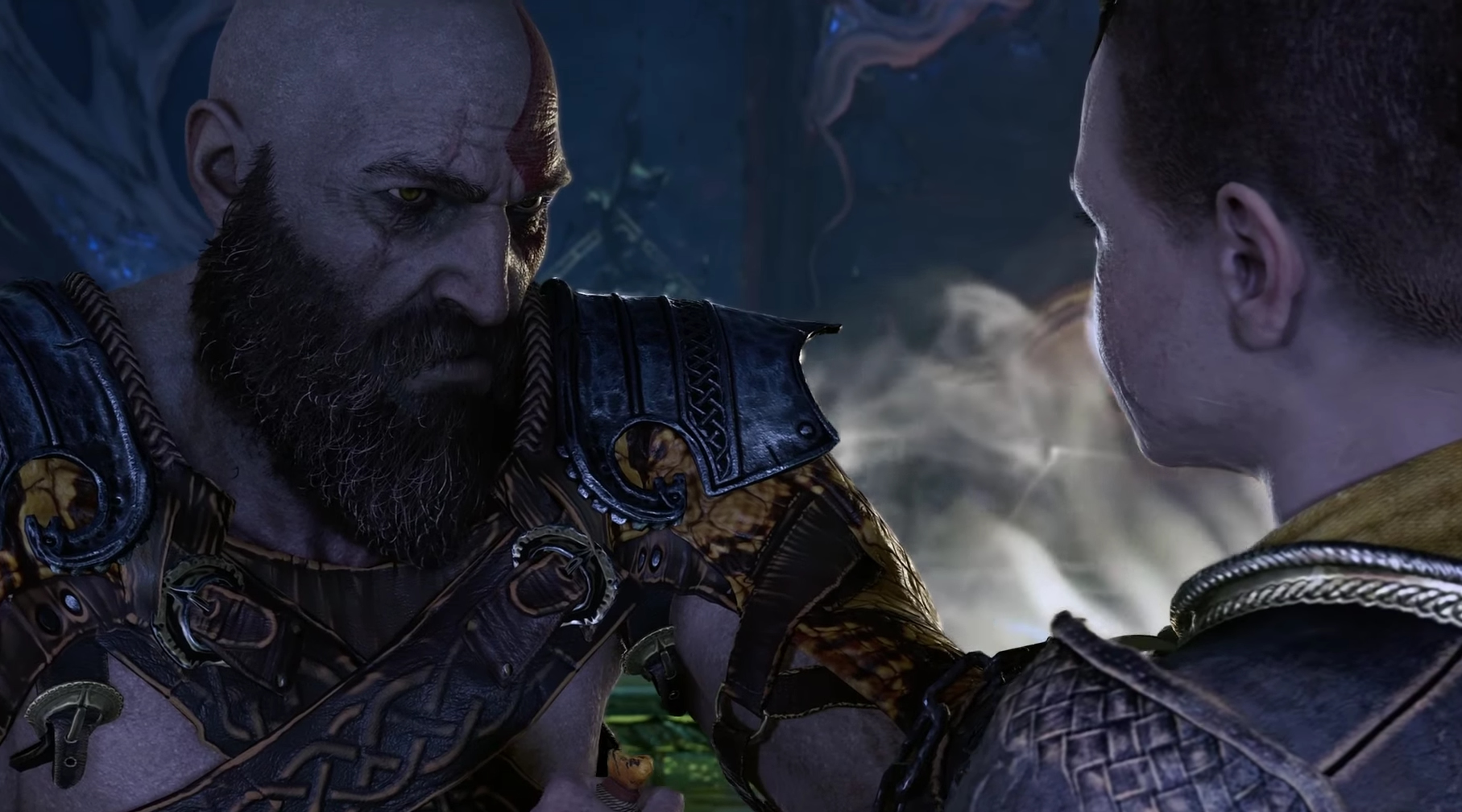 Their talk concluded, Atreus will use his knife to break the spell surrounding the Black Rune. To Kratos' disappointment, the rune appears to be blank until Atreus has a closer look. As soon as he does, a powerful duo of guardians will awaken.

In this battle, Kratos must face off with both the Grendel of the Ashes and the Grendel of the Frost. Tag teaming the two isn't exactly easy, as players will have to alternate between the Leviathan axe and the Blades of Chaos to take them down. 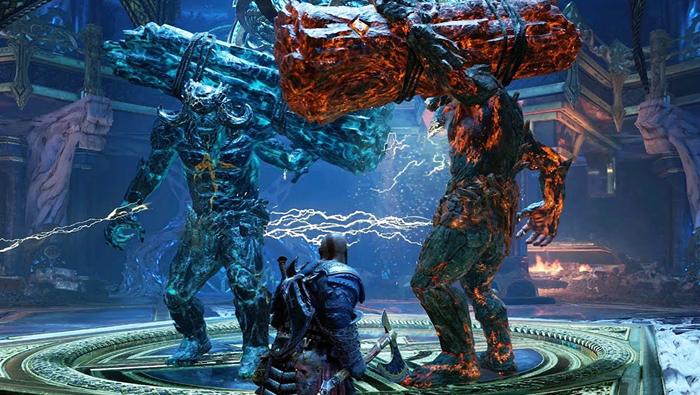 Keep Kratos' back toward the center of the room, making efforts to pin the Grendels against the wall and group them together whenever possible. Whittle away at their health bars, making sure not to get attacked from behind. With persistence, the vault guardians will go down, and Kratos can claim the Tartarus Rage ability.

Head to the double doors on the south side of the room to exit Tyr's vault. Interact with the bowl of sand to rise back up through the area's entrance to the roof of the structure above.

This is the end of The Black Rune quest, but not yet the end of Kratos and Atreus' journey. Up next is The Return to the Summit. Be sure to stop by our extensive God of War walkthrough and guide to stay current on all of the game's various missions and collectibles.