There are 12 different treasure maps in God of War, each of which offers own treasure hunt and the promise of rare loot. Intrepid explorers shouldn't have much trouble tracking down most of the game's treasure maps, but those who want to maximize their God of War gains will surely want to seek out every last map. Here's where to find the Kneel Before Thor treasure map and details about the path to its inevitable reward.

To find the Kneel Before Thor treasure map, God of War players will first need to head over to the Landsuther Mines, found south and west of the Lake of the Nine. Move toward the lower levels of the mines, climbing down ladders where necessary, to eventually locate the elevator on the left hand side of the corridor. Ride it up to find the treasure map sitting on the floor near the door to the main chamber.

Take a look at the map to reveal its clue phrase: "I"ve lived to serve the god of thunder and I bury my greatest treasure right where all the inhabitants of Midgard should dwell: at the feet of the God of gods." 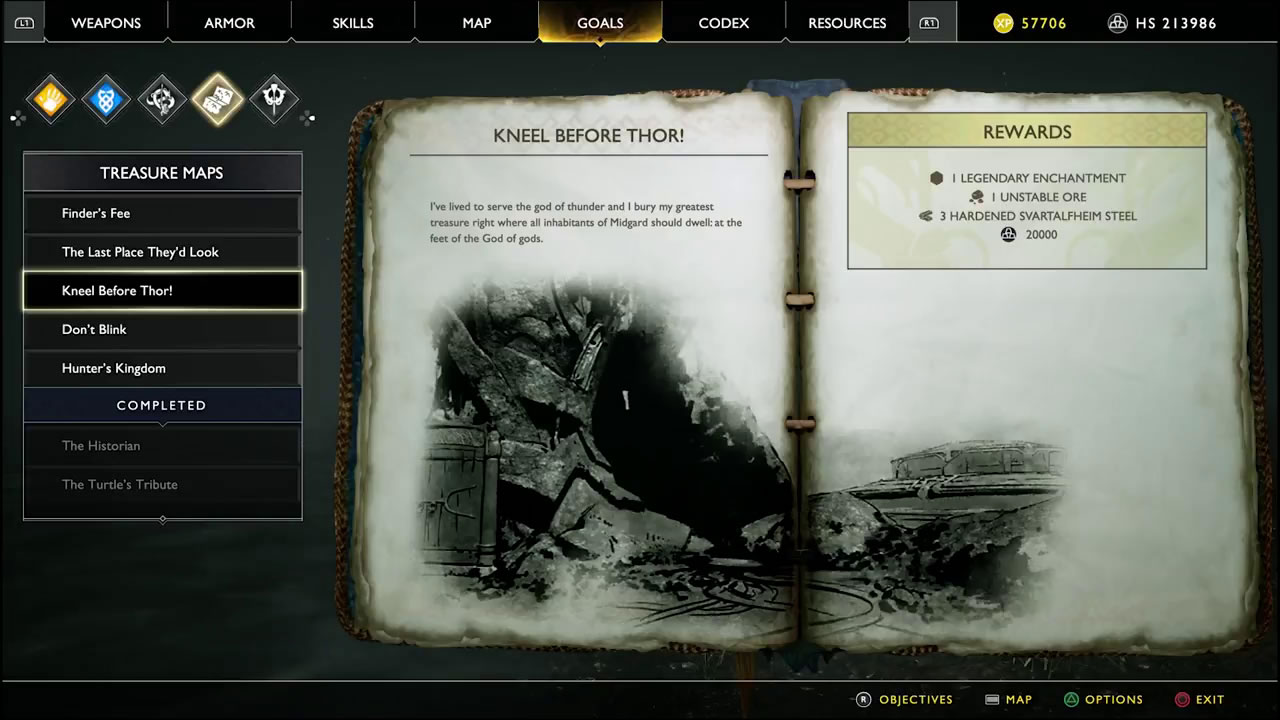 As far as instructions go, these are about as straightforward as possible. The treasure is buried at the feet of a massive statue of Thor that can be found near the Muspelheim Tower. Players starting from the top of the tower will be able to push through the door and climb down the wooden planks to find the treasure buried near Thor's right foot. Alternatively, players can use the zip line from the lookout tower to find the same location.

For their efforts, players will be rewarded with one Legendary Enchantment, one Unstable Ore, three Hardened Svartalfheim Steel, and a tidy sum of 20,000 Hacksilver.

To learn more about collectibles in Kratos' latest outing and track down the rest of the game's treasure maps, be sure to check out our God of War walkthough and guide hub.