Cuddle Up With Kitties in Neko Atsume VR, Dated for Release in Japan

Neko Atsume: Kitty Collector, the popular cat-centric mobile game, is making the leap to PlayStation 4 with a very important gimmick: VR support! One of the most adorable smartphone games of all time (I'll fight you on this) is coming to PlayStation 4 in Japan this summer with PlayStation VR support.

If you're unfamiliar with the game, it's a free-to-play title from Hit-Point that lets you attract all sorts of playful kitties to your virtual hideaway, then "collect" them by taking photos when new cats come slinking in. You don't get to interact with them other than look at them when they randomly appear in your kitty sanctuary, but it's always fun to open up Neko Atsume and see which cats you've attracted. You can use a ton of various toys and other decorations to attract more cats, and the more money you spent the rarer the kitties you'll see. 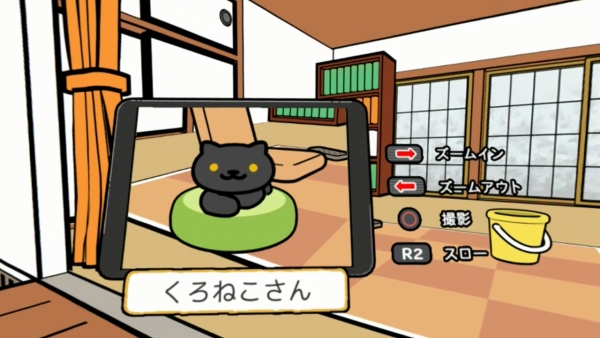 The new PlayStation VR features, however, let you actually interact with the cats you bring to your home by using the toys you purchase. So not only do you get to spend time with the kitties, but you can now play with them, too! I think it's safe to say this is a feature everyone has been asking for since the game made its debut.