Famous film director Alejandro G. Innaritu, known for such works as Birdman and The Revenant, has created one of the world's most well-received mixed-reality and virtual reality-based exhibitions. Called Carne y Arena, which translates to Flesh and Sand, the show is being hailed for its unusual decorum and visuals, and fans interested in VR located in the Washington, DC area can check it out for free throughout the summer.

According to a report from Forbes, much of the Carne y Arena exhibition involves its viewers — or participants, in this case — walking into an old converted church, removing their shoes, then strapping on a VR headset before sitting through an experience centered around the plight of immigrants. Viewers will watch as a helicopter looms overhead while border patrol officers frisk and interrogate various people.

Before long, the VR demonstration is over, and participants are lead into a room where they'll be able to see photos of the real-world inspirations for the virtual characters, plus listen to their stories and concerns centered around migrating into a new country. Innaritu says the experience was based on some of his discoveries after interacting with Mexican and Central American refugees. 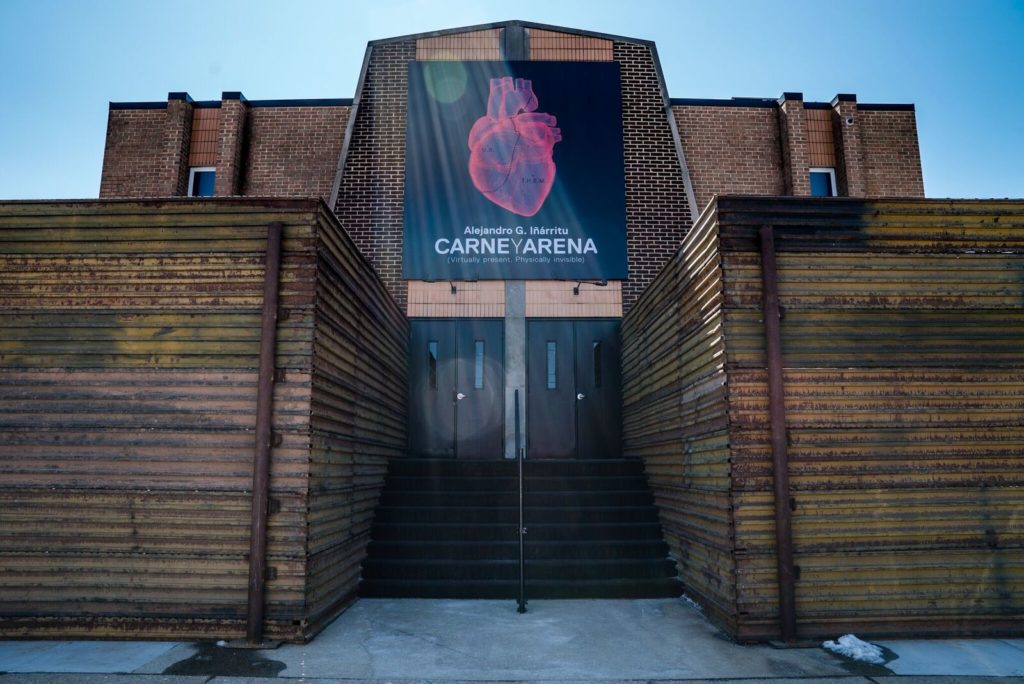 “Their life stories haunted me, so I invited some of them to collaborate with me on the project," he said. "My intention was to experiment with VR technology to explore the human condition in an attempt to break the dictatorship of the frame—within which things are just observed—and claim the space to allow the visitor to go through a direct experience walking in the immigrants’ feet, under their skin, and into their hearts.”

Those who closely follow film culture may recall that Carne y Arena was first shown off at the 70th annual Cannes Film Festival back in May of last year. It's since been available in sold-out exhibitions in both Milan, Mexico City as well as the Los Angeles County Museum of Art. This latest DC-based effort seems like a much more streamlined way for users to engage in the experience; that said, even though attending the exhibition may be free, it's limited to just 46 participants each day.

Those who want to try it out should do so soon; though tickets for the first six weeks of the show have already sold out, a second block of tickets opened just yesterday. Interested users can find more information, including options on ticket sales, over at the Carne y Arena website.