Do We Need 4K Nipples?

My dad always says, “Who cares about nipples? You see one and you’ve seen ‘em both.” In the history of hot takes, my dad’s is not exactly a scorcher, but is he wrong? Going by the apparent amount of developer attention paid to the nipples owned by Kratos, protagonist of the new God of War for PS4, I’d have to say that at least someone out there is all about the nips. While the sight of Kratos’ nips puckering through the frigid Scandinavian landscape might have gone unnoticed by the casuals, it was never gonna slip past the eagle-eyed Shacknews staff. After the game was first unveiled at E3 2016, the staff here compared the notes we scribbled on our legal pads. Everyone’s page was just the word “nipples” with three or more underlines. Clearly, some folks put more value on the nipple than others, but do video game nipples even need to be this detailed?

Before we can really start milking this topic dry, I feel that it’s important to take a gander at the lineage of video game nips that led us to this point. There are obviously a few examples that really poke out in my mind, starting with Custer’s Revenge, a tasteless rape simulator for the Atari 2600. Due to the lack of graphical fidelity, the nipples were made up of a single, crude pixel, but it was nonetheless a seed from which other computerized nipples would grow.

As technology improved, the video game interpretation of the nipple improved alongside it. Tossing aside games made purely for pornographic reasons, nudity of any type was rare for the earliest generations of video games and even shirtless males often failed to have nipple representation due to technical limitations. Even some of the most famous early-90s depictions of shirtless guys (Street Fighter II for example) failed to include even a single pink or brown pixel nip. Not until Mortal Kombat popularized using digitized graphical representations of people (and unleashed Goro onto the world) did we get a good look at some man nips. This type of representation was fully realized by WWF Wrestlemania: The Arcade Game in late 1995, with the sumo wrestler Yokozuna sporting some top-shelf brown nips.

Early 1996 rolled around and the gaming world got its first glimpse of what would become some of the most iconic nips in cyber history. Duke Nukem 3D was revolutionary in many ways, but the adolescent male audience that the game was targeted at will never forget approaching one of the game’s strippers, tapping the spacebar, and receiving a quick flash. These nips were tassled (possibly a video game first as well), but were as real as things got in 1996.

The late 1990s and early 2000s represented a boom period in video game technological advancement. As the power and capability of design tools increased, so did the evolution of the cyber nipple. Virtually all fighting games, wrestling games, action games, RPGs, and more featured shirtless men and some sort of nipple representation. While his nipples were merely implied in the original arcade version of Street Fighter II, Zangief’s suckle knuckles were on full display by the time Street Fighter Alpha 3 hit the streets.

Not until the arrival of the Xbox 360 and PS3 did the graphical fidelity in games reach a point where properly modeling a titty and nipple became a legitimate concern (or goal) for developers. The standout nipple of this generation clearly goes to Dante’s Inferno, an action-adventure game from Visceral Games and EA. In the game, the player must progress through the 9 circles of hell, one of which is Lust. Lust concludes with a boss battle against Cleopatra, who ends up towering over the player with her big, veiny shirt potatoes on display. The nips are out in full force and directly affect gameplay. Cleopatra has handfuls of baby enemies that sprout directly from her Hershey kisses and attempt to kill the player. For those who have not seen this, I suggest you Google it.

The 8th generation of consoles, ushered in by the PS4 and Xbox One, have given way to ridiculously detailed character models and graphical effects that can accentuate the progress made towards photorealism. A recent highlight in videogame nipple tech was seen in 2015’s The Witcher 3, as players will nonstop looks at the nipples of protagonist Geralt of Rivea and the countless denizens of Redania that he porks in cabins, the woods, and on the backs of unicorns. The texture work on these nipples was state of the art at the time, working within the game’s lighting system to provide the first convincingly lifelike representation of Geralt’s chest grapes.

If you think that attention paid to video game nipples is solely constrained to mature or adult-themed games, you’d be dead wrong. One need only look as far back as 2017 to find that latest legitimate video game nipple craze. Nintendo’s timeless mascot Mario made waves online when the company published screenshots of a shirtless Mario ahead of the release of Super Mario Odyssey. For over twenty-five years, the italian plumber was tethered to his iconic overalls, but the technological marvel that is Nintendo’s Switch handheld and Mario’s visit to the Seaside Kingdom prompted the shift to a set of dapper trunks and a bare chest. The sight of Mario’s nips literally drove the internet into a frenzy, forcing Nintendo to comment on the Italian chest pepperoni.

This brings us to God of War. Set for release later this week on April 20, the game represents a new high water mark for graphical fidelity on Sony’s PS4 console. Protagonist Kratos is so ridiculously detailed from head to toe that he might possibly be the best looking character in a video game, ever. His clothing, hair, and skin are as good as it gets with real-time rendering. It took a large team years to whip him into shape and there was certainly a lot of time dedicated to his nipples. The PS4 Pro can output God of War at a checkerboarded 4K resolution, giving users with high-res displays a “you are there” glimpse of Kratos’ glass cutters.

Wow. These things are definitely next-gen and they appear to react to various intensities of light, with the nubs casting a shadow over the Ghost of Sparta’s areolas. The eagle-eyed observers will even see that Kratos has goosebumps (or are those Montgomery glands?) on and around his areola. What a time to be alive! Did these nipples need this level of detail? That’s hard to say. Do they serve any purpose to the narrative or gameplay? No, but they could certainly help titilate players who are in that sort of thing (we don’t kink shame at Shacknews). Do I need to clear my browser history and go outside? Yeah, probably. 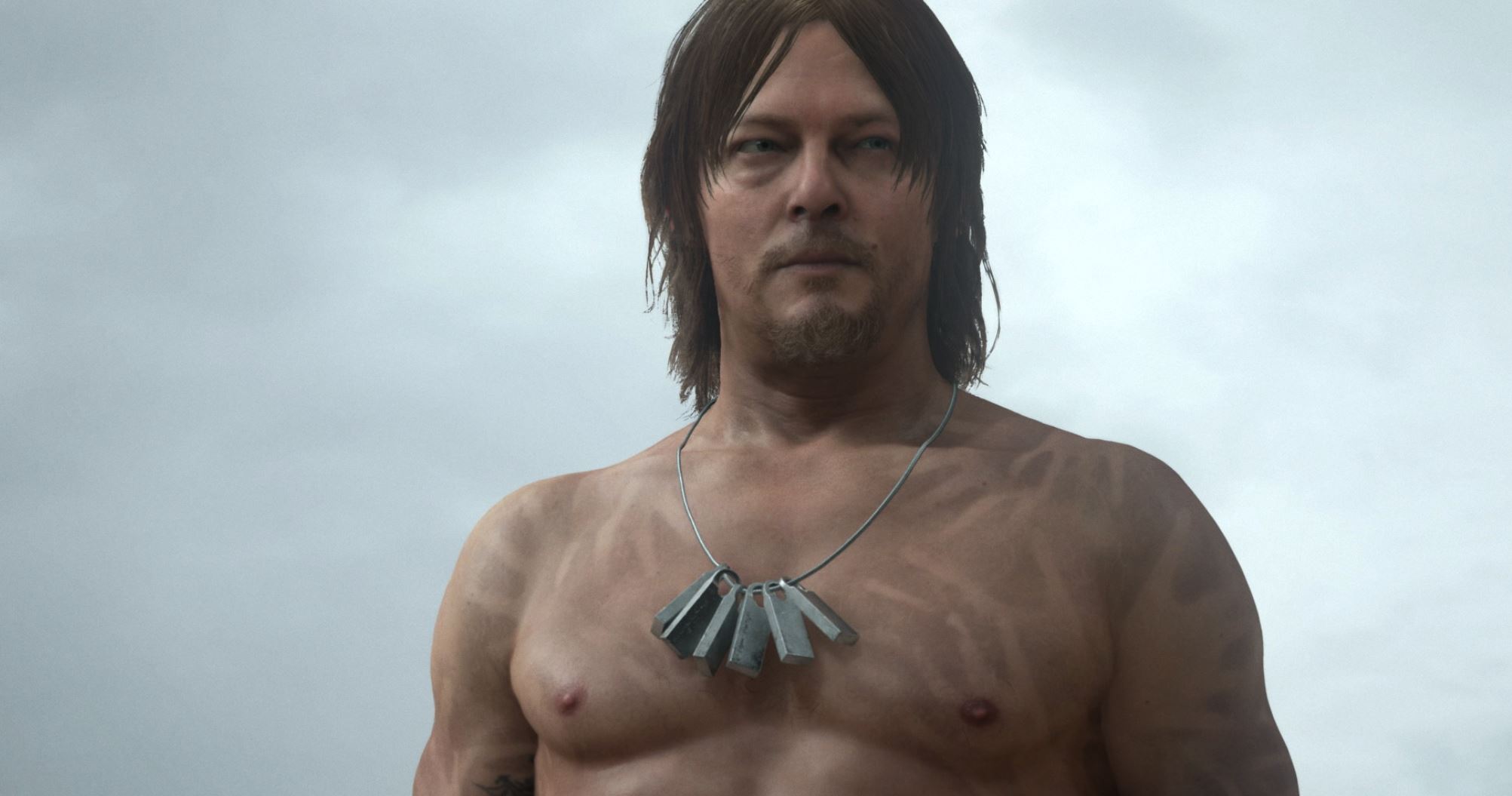 Stay tuned to Shacknews for more nipple talk. Next time, we will be taking an in depth look at what Hideo Kojima has in store for us when he makes a star out of Norman Reedus’ nipples in Death Stranding!