How to Get the Secret Magnopulser Weapon in Far Cry 5

There are loads of secrets and weapons for Far Cry 5 players to uncover, but not all of them carry an equal potential for decimation. Bullets may be well and good for taking out minor-scale lackeys, but players who really want to send a message would do well to track down the Magnopulser, a weapon of alien origin capable of converting cultists into a fine mist of blood and vaporized bone. Here's how to track down the secret Magnopulser weapon and spread a truly divine wrath across Hope County.

Far Cry 5 players who want to want to wield ultimate power will first have to seek out a correspondent capable of conveying such otherworldly technology. In more obvious terms, players need to seek out Larry Palmer within Jacob's Region, who can be found near Fall's End within Parker Laboratories.

Arriving in the area, Palmer's plight will be obvious: he's trapped inside an electrified cage, and freeing him from his bondage involves shutting down nearby generators. Once he's been set free, the player will begin a new questline that involves helping Palmer track down his alien companions. These missions are known as The Hero's Journey, Close Encounters, and Out of this World — titles players across the electronic and tabletop gaming world are likely to recognize.

The first mission involves reaching a nearby radio tower and destroying the listening devices found within. The second will see the player seeking out and collecting a number of alien artifacts spread throughout the nearby crop circles. Finally, players will have to put their multitasking prowess to the test to route electricity while dealing with opposition from local cultists. 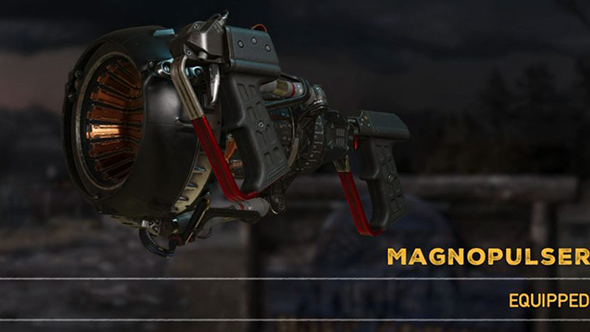 Once all of the tasks have been completed, Palmer will express his satisfaction with the player's efforts. He'll offer up one final request, to have the player help him activate his teleporter. We won't spoil the questline's ending here, but once the final mission reaches its conclusion, players will be rewarded with the Magnopulser. With its infinite ammo and outrageous power level, the Magnopulser is clearly meant to be the be-all, end-all weapon in Far Cry 5.

Jonesing for more information concerning Ubisoft's latest open-world adventure? Head on over to our Far Cry 5 walktrhough and guide, where we lay down the law on everything from game mechanics to collectibles and more.