Stage 2 of the Overwatch League has concluded. While the New York Excelsior entered the day at the top of the overall standings with an intimidating 18-2 record, they had yet to win a Stage playoff. That changed on Sunday after they came back from an 0-2 deficit to defeat a game Philadelphia Fusion team.

The series went to the bitter end, with the fifth and final map going to Gibraltar. While the Fusion fought to the final second, it was unparalleled play from Hae-seong "Libero" Kim and company that led to the Excelsior taking the final point to clinch the series.

The Fusion came out knowing exactly what they were up against, so they came out aggressive. They went up early on Route 66 and clamped down with some major defensive pressure, with Joona "Fragi" Laine helping lead the way with his Winston play. The pressure continued on the second map, with Josue "Eqo" Corona catching the Excelsior completely off-guard with an early Pharah ultimate. After raining down death from above, the rest of the Fusion rallied to take an early 2-0 lead.

The Excelsior are the best team in the League for a reason, though. They bounced back on the Volskaya, with Libero's Widowmaker and Jong-ryeol "Saebyeolbe" Park's Tracer starting to hit their strides. They continued their dominance into Hollywood, where the Fusion were never able to get going. Behind a stifling defense, the Excelsior tied the series.

The first match of the day saw the Fusion perform some magic against the second place (both overall and in Stage 2) London Spitfire. The Fusion came out strong, going as far as to hand the Spitfire their first loss on Hanamura. Philadelphia flustered London throughout the series with Joona "Fragi" Laine constantly ambushing his adversaries from different hiding places. The Spitfire responded by frequently going aggressive, getting on the attack with their various tanks. 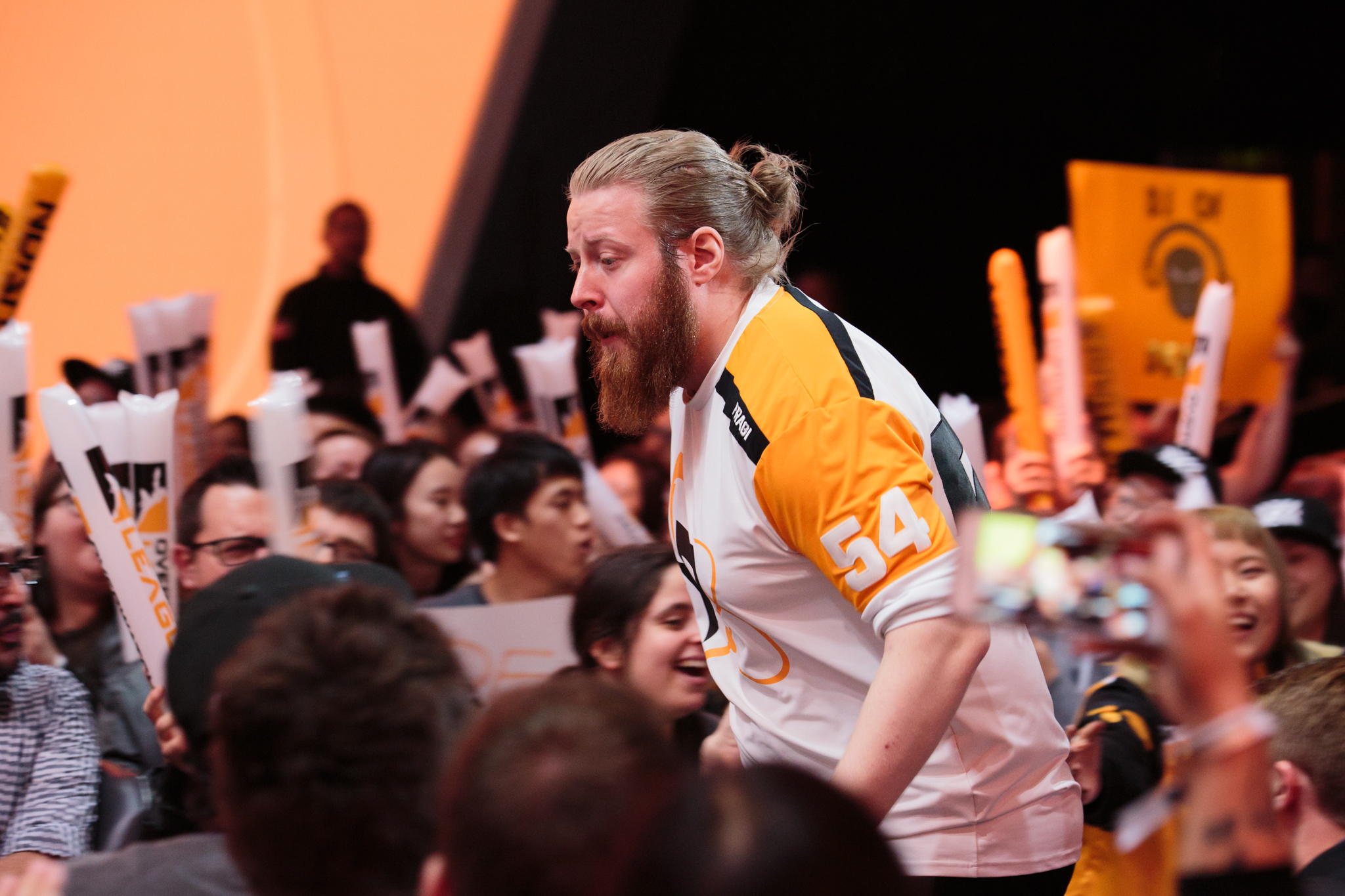 The final map went to Route 66 and the Fusion took a gamble, benching Eqo, who had been playing well as Genji, in favor of Simon "Snillo" Ekstrom, the young prodigy who just celebrated his 18th birthday earlier this month. The gamble paid off in spades, as Snillo's Tracer came out like a ball of fire, racking off a 16 Kill Streak and becoming a total nightmare for the Spitfire. The Spitfire tried to bounce back on offense, but the Fusion clamped down on them at the final point and Philadelphia scored the stunning series victory.

Sunday's first matchup wasn't determined until the bitter end of this week's regular season matches. The Philadelphia Fusion entered the Stage's final week in a virtual tie with the Los Angeles Gladiators. Even after beating L.A. 3-1 to kick off the week, the Fusion's place in the playoffs weren't assured. But with the Seoul Dynasty dropping a 3-1 series against the Houston Outlaws on Thursday and the Gladiators falling 3-2 in the last regular season game of the week, the Fusion's playoff ticket was punched.

The Overwatch League now takes a one week break. Stage 3 is scheduled to begin on Wednesday, April 4, with the New York Excelsior maintaining a commanding lead in the overall standings.